The Met Office has issued a yellow warning for rain and wind for this Friday as wet and windy weather is expected to smash the country. Potential flooding has also been warned as autumn gets into full swing.

The weather forecaster predicted there will be flooding on roads and some coastal routes, sea fronts and communities will one affected by large waves.

They also warned there is likely to be delays to road, rail, air and ferry transports as the storm hits.

Across the weekend, further heavy rain and strong winds are predicted to the east and north of the country around the low centres.

Meteo France has named the storm Alex and warn it will intensify this Thursday evening, hitting the north-west of the country during the night. 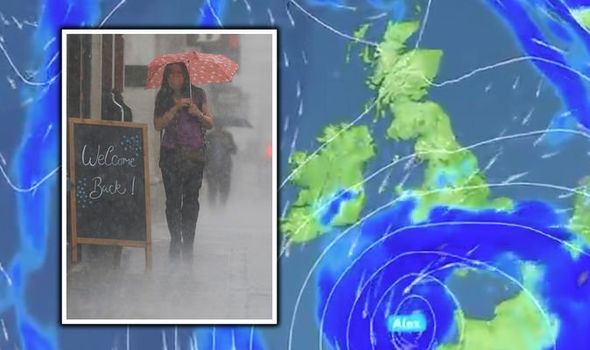 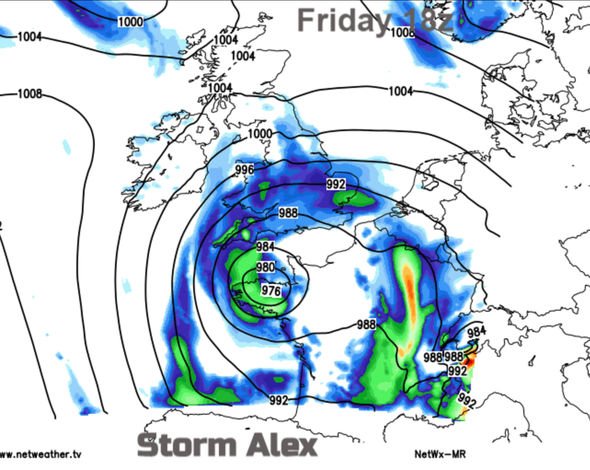 Storm Alex is set to bring winds of up to 140kmph on the coast.

Earlier this week, there were several reports of Storm Aiden being set to descend upon the country.

However, these two storms are understood to be different.

According to the Met Office, several groups of countries in Europe name storms to raise awareness of the impacts of severe weather. 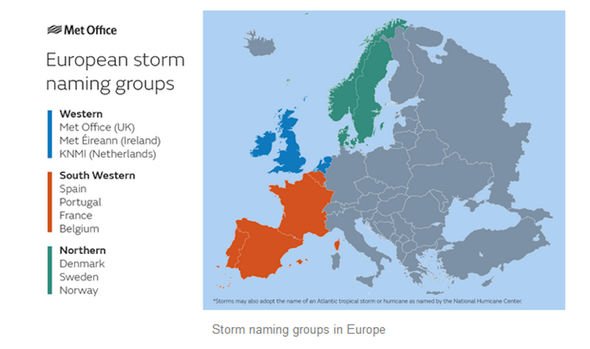 When another country names a storm, the UK will use the same name.

Although Storm Alex is not set to hit the country until Friday, the wet and windy weather has already begun for many parts.

Earlier this evening, it was reported a band of heavy rain was moving east with heavy bursts at times. 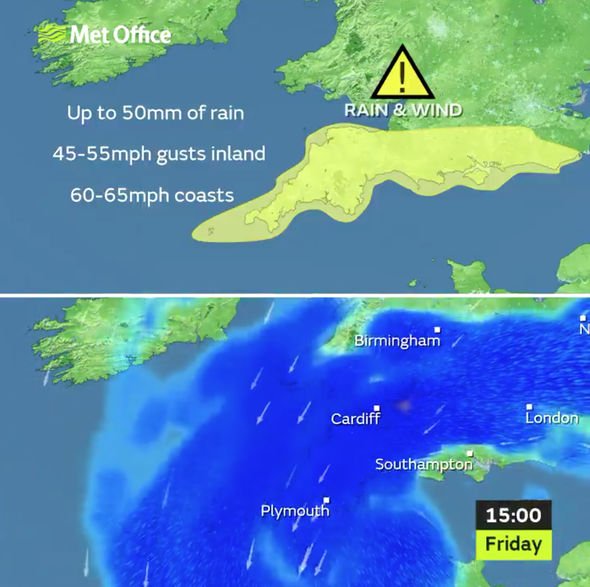 They said: “Rain and showers overnight Thursday into Friday will turn heavier and more persistent during Friday morning, along with a strengthening east to north easterly wind.

“Some places could receive 40 to 50mm over the course of 12 to 18 hours, most likely in the south of this region, combined with gusts of 45 to 55 mph inland during Friday morning rush hour.

“Some coastal regions exposed to the south-east could experience gusts of 60 to 65mph.

“The combination of wind and rain, combined with trees losing they leaves, increases the risk of flooding due to blocked drains and watercourses. 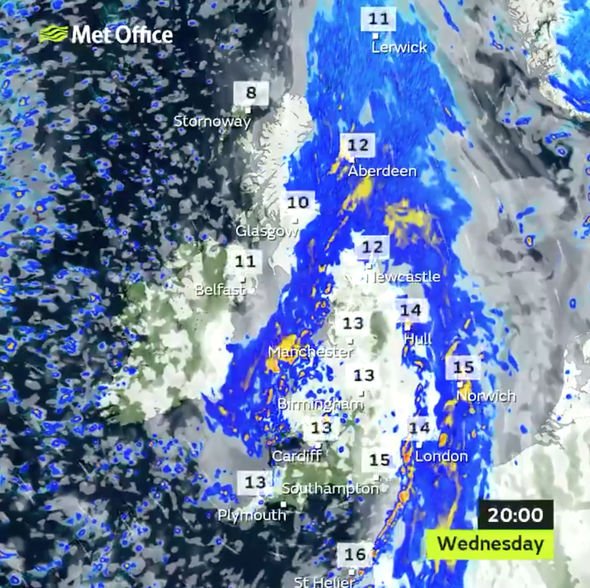 “The wind and rain will ease from the south later on Friday, as the weather system responsible starts to move away.”

Met Office meteorologist Marco Petagna said: “The Atlantic jetstream will really power up and could generate very wet and windy weather later in the week.

He added: “The period until October 9 will be generally windy, with a risk of gales, potentially severe, particularly in the North.

“The heaviest and most prolonged spells of rain will begin in the North and West, but are likely to become more widespread across the UK.

“It will feel cold through early October and frost is possible at night.

“Mid-October has a potential to change to dry spells, with rain and strong winds at times.”