The UK’s national metrological service has also issued an amber heat warning throughout the weekend. Met Office meteorologist Aidan McGivern warned that nighttime temperatures will be “oppressive” and that “many spots” will be warmer than Friday.

He said: “Despite the clear skies spells temperatures in many spots holding at around 15 to 18 Celsius.

“So for city centres, in particular, it’s going to be an oppressive night, especially say the likes of London, Birmingham, Cardiff for instance.

“Then a sunny start for many but for the north and the east of Scotland, the far north east of England, there will be some mist and low cloud around.

“Some higher and some that will tend to retreat back to the beaches by Saturday lunchtime. 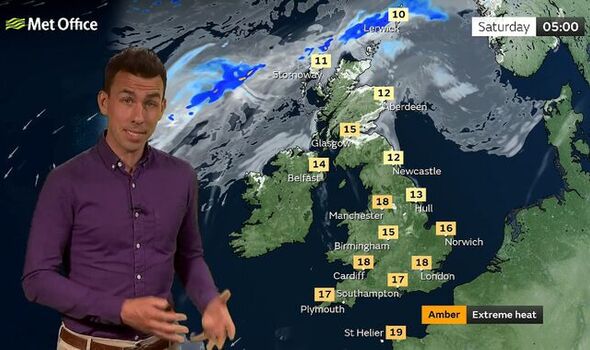 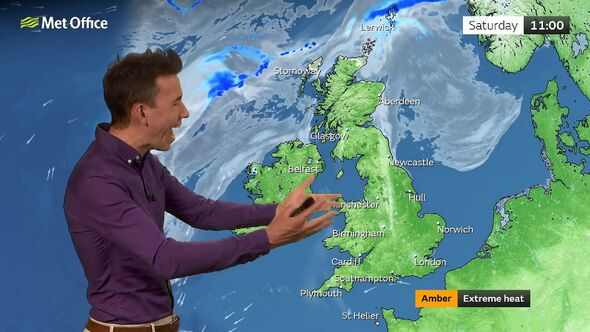 “And then for much of the mainland of the UK quite simply sunny skies once again and temperatures rising.

“Likely to be a hotter day in many spots compared with Friday.

“The heat’s been building all week and peaking on Saturday afternoon into the low to mid-thirties across England and Wales. 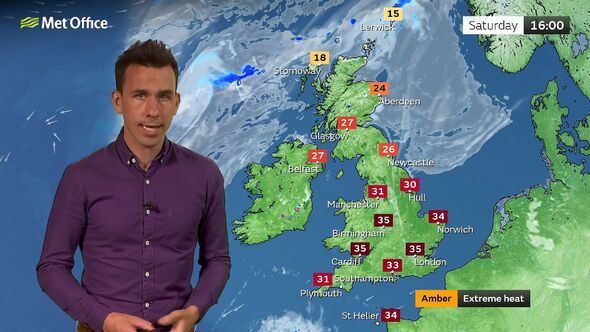 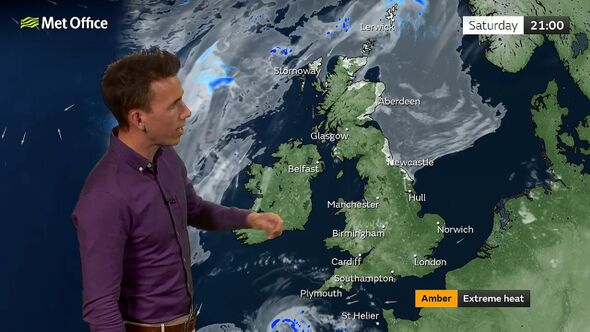 “With the hottest spells likely around the midlands into the west country, south east Wales, south-east England.

“35 likely could see a 36 Celsius somewhere.

“With those kind of temperatures by day and the fact that nights are staying very warm at the moment.

“We know this heat isn’t for everyone. 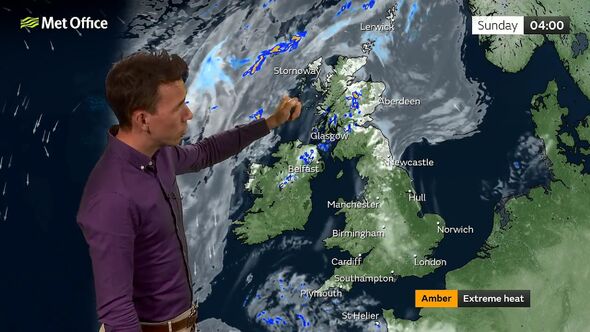 “It can impact people’s health and it can impact the Uk’s infrastructure because the UK isn’t built for these kinds of temperatures.

“They don’t happen that often.

“So an amber, extreme heat warning in force throughout the weekend.

“Not only that but we’re going to see the air to start to destabilise during the weekend.

“The first signs of that, northern England, southern Scotland.

“By Saturday late afternoon risk of some showers developing especially over higher ground.”