The Met Office said the mercury would drop by 8 to 12 degrees on Sunday afternoon. It comes after the country basked in sunshine on Friday and Saturday as the coronavirus lockdown continued.

The Met Office tweeted: “Cloud & patchy #rain will slip south across England & Wales this afternoon, with brighter, colder weather following into the north. A chilly #wind too.

“A few sharp showers are possible in the warmer air clinging on across the far south, whilst wintry showers affect the northeast.

“This afternoon’s #temperatures will be 8 to 12 degrees colder than they were yesterday across many parts of the #UK, away from the far south, and add on the effect of the #wind and this is how it will actually feel… #brrrr!”

Weather maps by WX Charts forecast up to 5mm of snow in parts of northern Scotland on Monday morning. 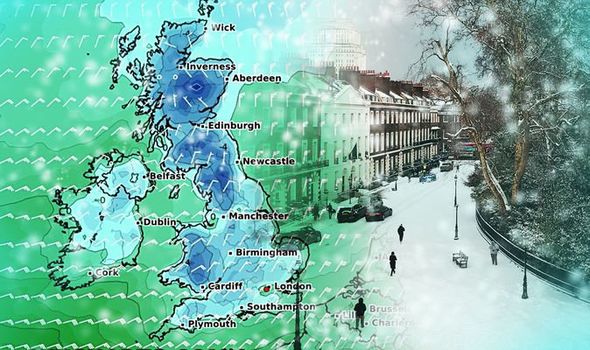 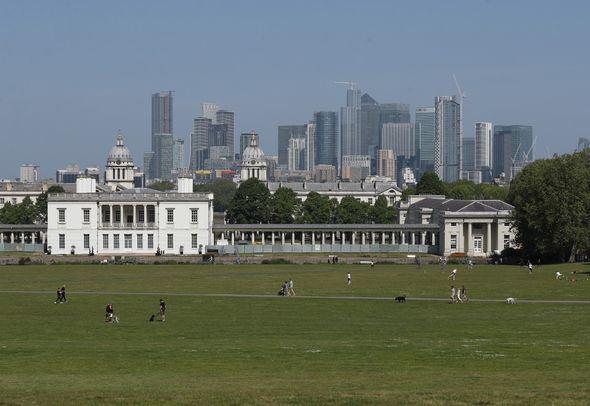 He said: “For us, for the rest of the night, it is the northerly winds that do win out bringing that colder air southwards.

“So there will continue to be some wintry showers across the north and, as well as that, we are looking at some frosty conditions, settling in, particularly in the countryside in Scotland. Maybe in some rural patches further south.” 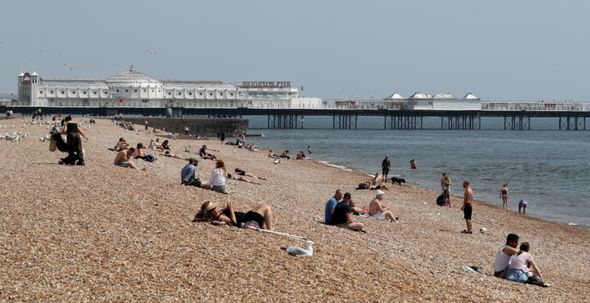 The Met Office has also forecast tonight will be much colder than recent nights.

The Met Office said: “It’s a markedly colder day for many parts of the UK on Sunday.

“In fact the air cold enough for some wintery showers across parts of the north of Scotland. 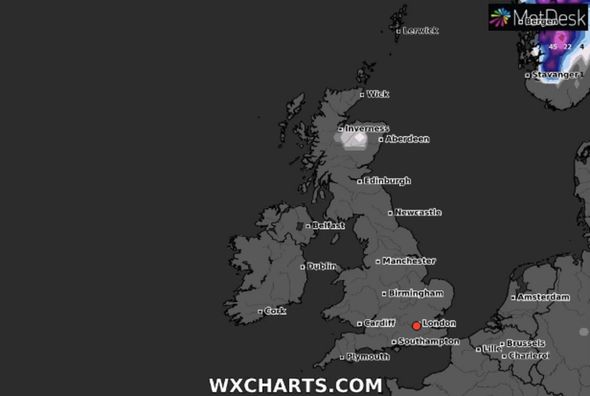 “The brighter skies and showers across northern Britain will gradually chase away the cloud across central areas through this afternoon.

“This cloud attributed to a cold front, while not much rain on it a sharp dividing line between relatively warm weather in the south and something much, much colder elsewhere.

“Through this evening and tonight the cloud across the south will scoot away leaving all parts with some clear periods.

“Much colder than recent nights with a sharp frost likely across parts of north west Scotland in particular.”

Monday is set to be a “chilly day” for most of the country.

The Met Office said: “It will be a bright but chilly start to Monday morning and of course many central, western, southern areas there will be plenty of sunshine through the day.

“Further showers coming in across parts of northern Scotland, eastern England but winds easing across the south east compared to earlier in the day but for all of us it will be a chilly day.”

The rest of the week is forecast to be mainly dry but cold at night.

The Met Office said: “Looking ahead to next week it stays mostly dry, winds gradually easing but a continued risk of some overnight frost.”