However, the cold snap will be brief before temperatures rise somewhat on Friday. This will continue over the weekend before highly changeable conditions next week.

“We’ll all notice that wind in the morning because it’s bringing colder air.

“It will be much colder but it’s not going to last long.

“Temperatures will be in single digits for many and that’s what the mercury will read in the sunny spells in the afternoon. 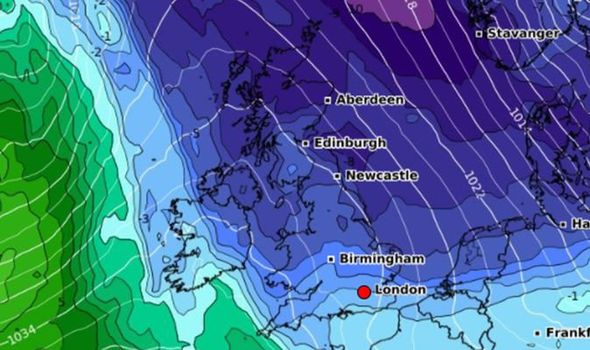 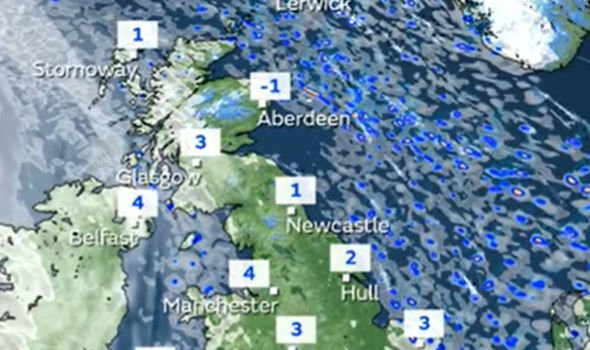 “It will feel a lot colder than that particularly when you add on the strength of the wind.

“It’s going to feel much closer to freezing particularly across north-east Scotland where there will be some snow showers even to lower levels, not expected to build up or cause any problems but a definite taste of winter or be it very brief.”

In the early morning strong winds should be expected across western and north-eastern Scotland with yellow Met Office weather warnings for wind in place.

Temperatures in southern England are expected to peak around six degrees with closer to three in the midlands. 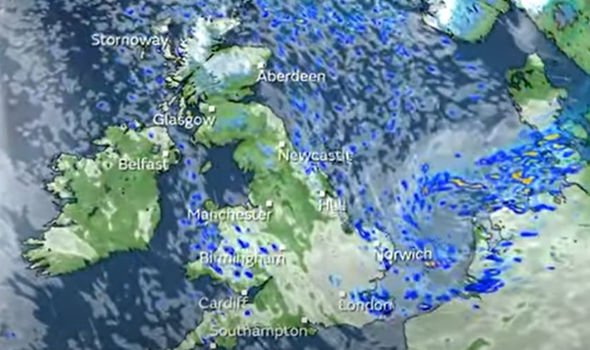 Northern England and Scotland will be colder still with temperatures in Aberdeenshire potentially falling as low as minus one degrees.

Much of the country can expect sunny spells and fairly clear skies with the lack of cloud cover contributing to the cold temperatures.

However, a number of flood alerts are in place for areas along the North Sea.

The cold weather will continue through Thursday night and into Friday potentially bringing some more light snow for parts of Scotland. 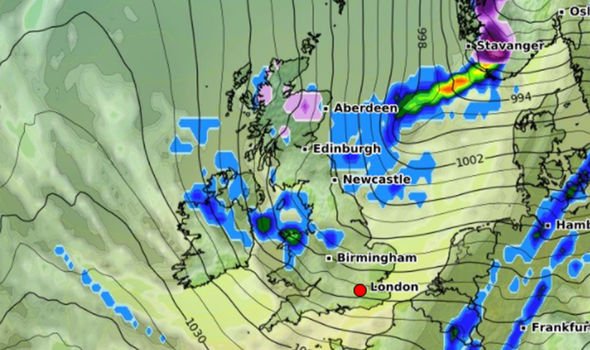 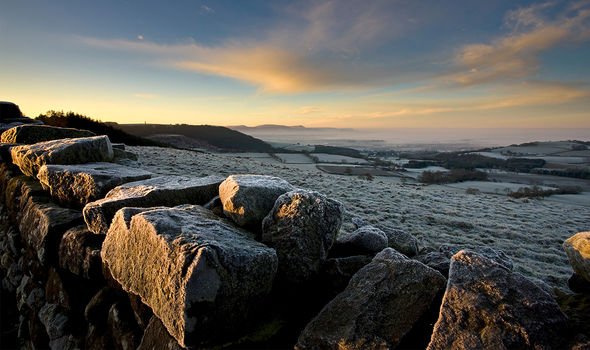 Mr Deakin said: “It will be turning quite cold quite quickly on Thursday evening but behind me that next weather system is already showing its hand.

“This will bring wet weather in during Thursday night, hitting the cold air for a time could bring a bit of snow but again it’s only going to be over the hills across Scotland.”

Cloud will move in from the west and some rain should also be expected over Wales and Northern Ireland.

However, a warmer weather front will move in during Friday bringing the brief cold snap to an end.

According to Mr Deakin after the weekend the weather becomes changeable and hard to predict.

He commented: “The weekend promises a fairly mixed picture but it won’t be as lively as last weekend.

“After that well when we do the ten-day trends we hope to see some strong evidence from the computers about certain types of weather but there really isn’t any of that looking into next week. 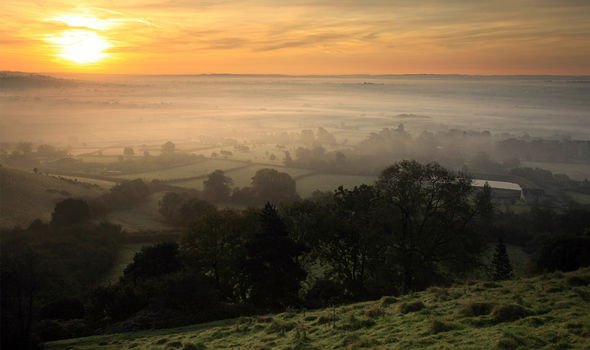 “No strong signal for really dominant types of weather so I think changeable really sums it up, day-to-day variability.

“The best chance of any lengthier dry spells along the south.”

After early on Thursday morning no Met Office weather warnings are currently in place for the next six days.