Temperatures will remain much lower than Friday when Heathrow Airport recorded 37.8C, the highest temperature so far this year. The Met Office said: “Looking ahead to Sunday heavy showers continue across Scotland and northern England.

“Later we’ll see some showers also bubble up across northern Wales and the midlands.

“We could even have the odd rumble of thunder across parts of Scotland and northern England as we head into the afternoon.”

During the afternoon temperatures are expected to peak at 25C in south-east England with lows of 15C in the Highlands and islands of Scotland.

Northern England and Wales should expect temperatures around 17C whilst East Anglia could see 23C. 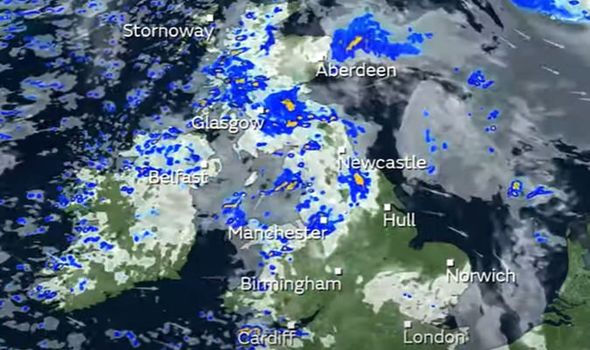 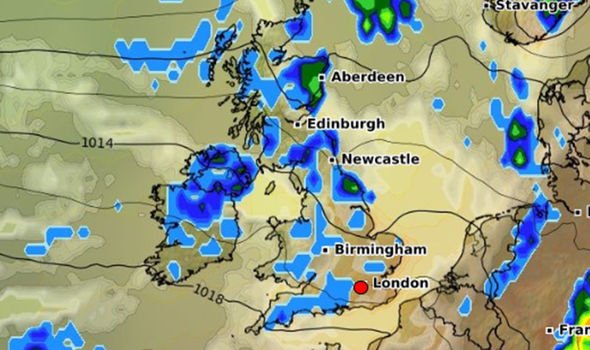 Like Scotland and northern England much of Northern Ireland will see patches of heavy rain, with temperatures reaching 18C for the province.

However, the weather is expected to remain relatively dry in southern areas of England which should expect sunny spells.

During the evening rain will also stop over northern parts of Britain allowing for a dry night.

The Met Office explained: “Further down though it will stay dry with plenty of sunny spells and temperatures reaching 25 degrees so feeling pleasant where we see the brighter skies. 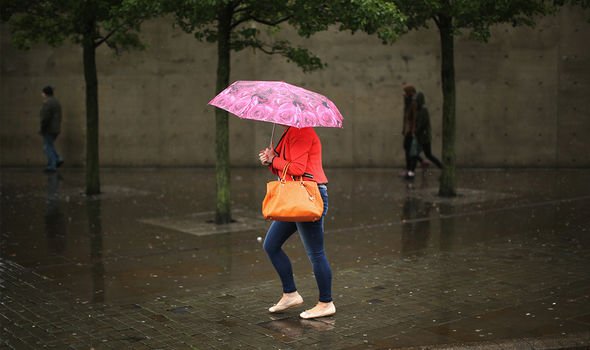 “Through Sunday evening showers still continuing for parts of the north but gradually fading away to leave a largely dry night.”

Despite the wet weather there are currently no flood warnings or alerts in place across the UK.

Next week will begin dryer but more wet weather is expected as we move through the week.

The Met Office forecast: “Looking ahead again to next week sunshine and showers again on Monday but a wetter day on Tuesday and Wednesday.” 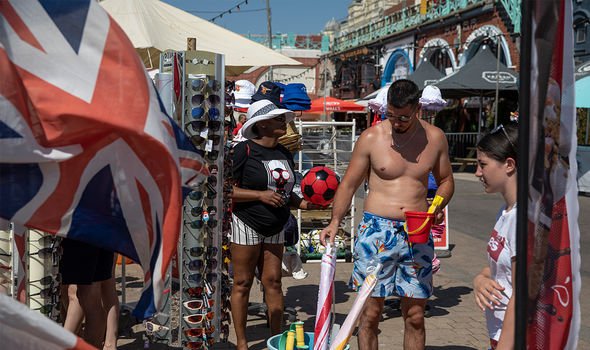 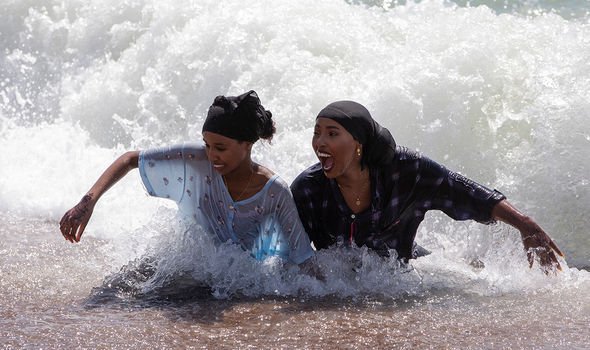 Met Office meteorologist Alex Deakin noted we could see more warm weather towards the end of next week.

He explained: “There are some signs towards the end of next week that across the south it could become a little bit more settled, a bit drier and a bit brighter.

“But certainly further north that changeable theme is set to continue.”

Despite the coronavirus outbreak many groups were pictured not observing social distancing or wearing face masks.

In some Cornish resort’s street marshals conducted patrols in response to the size of the crowds. 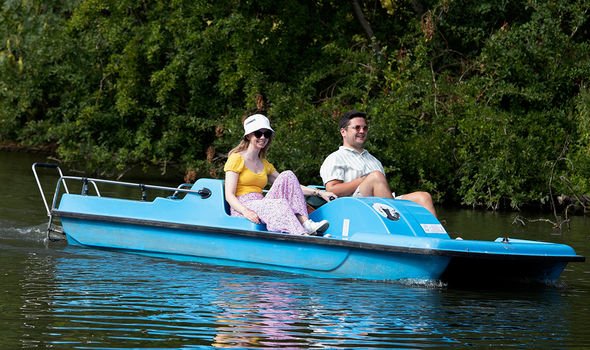 Many people chose to holiday in the UK after the Government announced those travelling to Spain would be required to quarantine for 14 days on their return.

The Government also said this measure would be extended to other countries if needed.

Across the UK the number of coronavirus cases has began increasing again sparking fears of a second wave.