Britain will be hit by an 800-mile wide storm as the country prepares to head into autumn. But before the full force of the winds begin, Sunday will bring temperatures into the mid-20s Celsius.

Paul Michaelwaite, Netweather Meteorologist, said: “Sunday dawns with plenty of sunshine once any misty patches have burned off.

“The winds will still be quite strong across the southern half of the country but will be beginning to ease down from the north but the pay-off for that will be some extra cloud across a good part of Scotland.

“England and Wales and the southwest of Scotland will keep the sunshine coming though, with just the outside risk of a shower or two in the far southwest.”

On Saturday temperatures rocketed up into the high 20s Celsius in some areas of the UK and Sunday is looking to be another hot day. 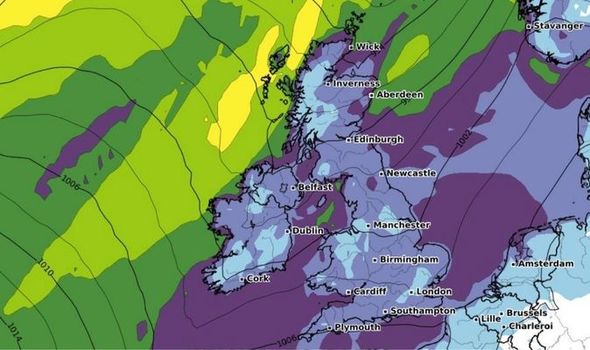 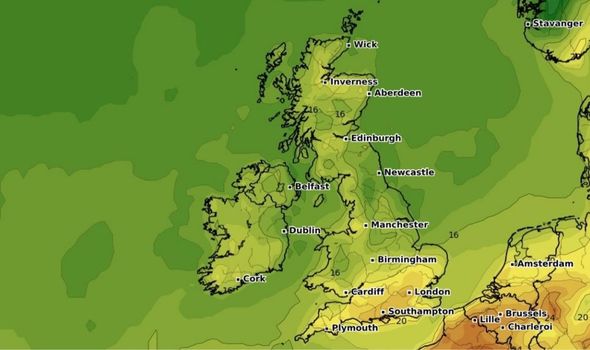 Mr Michaelwaite said: “Temperatures will be about on a par with Saturday, with southern and central parts enjoying the warmest maxes of 22-24C.”

The Met Office announced that storm Aiden will be the first to batter Britain this winter.

From Tuesday a weather system sweeping into the UK has the potential to trigger amber weather warnings.

Mr Michaelwaite warned that “Autumn proper” is on the way from Tuesday. 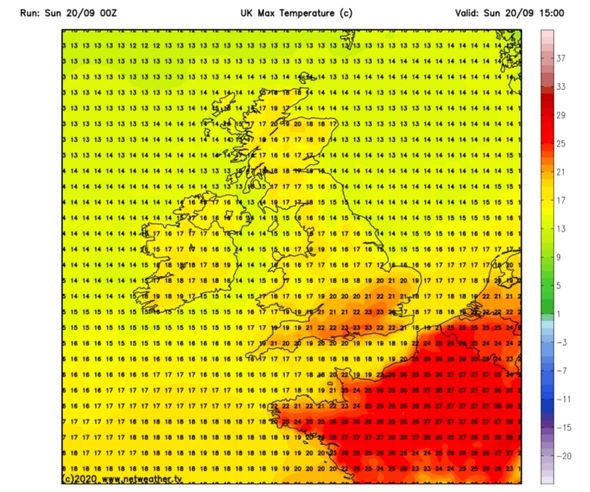 He said: “The jet stream will be diving south, bringing low pressure systems right across the UK which means a change to much less settled and also cooler weather.”

But until then, high pressure will continue to keep the country warm in the last days of the late September summer.

Rebecca Mitchell, Met Office Meteorologist, said: “There will be plenty of warm sunshine again on Sunday once any mist and fog patches clear.

“Looking ahead to next week it’s perhaps more unsettled.” 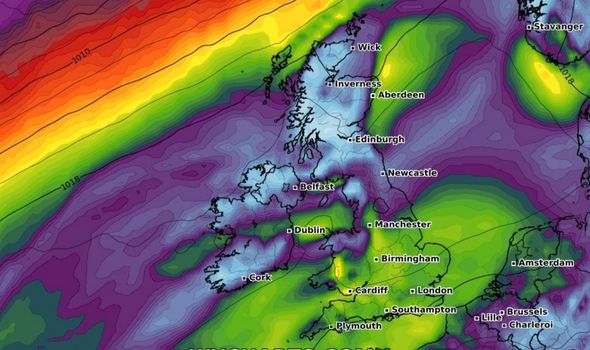 On Sunday morning there will be some cloud and murk which will eventually clear bringing a bright day for most.

Ms Mitchell added: “Again by Sunday afternoon, plenty of sunshine for most of the country and feeling rather warm.

“There is a chance we could hang onto some of that low cloud across northeast England, eastern Scotland and northern Scotland too.

“But elsewhere it looks fine and dry and sunny.”

Monday may also see some murk and mist at the start of the day. 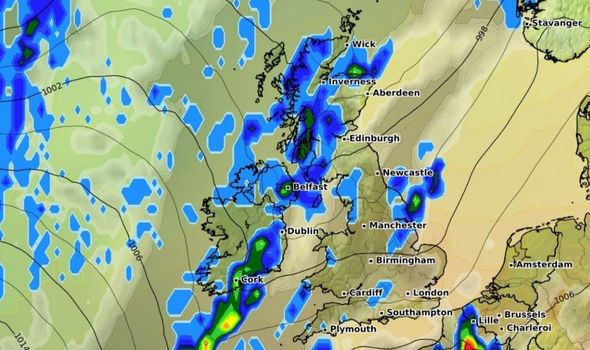 But the low cloud will also clear bringing another sunny day.

Ms Mitchell said: “Head to next week it will be all change.

Mr Michaelwaite said later on Monday “rain will make it into the north and northwest as well – a hint of what’s to come during the remainder of the week”.

By Tuesday winds will be blasting the UK with possible gales in exposed northern parts.