The icy temperatures will coincide with downpours and windy conditions. Forecasters even predict parts of Scotland could see snow showers overnight. The unsettled wintry conditions look set to continue through Thursday and Friday, before settling slightly this weekend in southern parts of the country.

“The weekend is looking mild and breezy, cloudier with chance of rain or showers in the north, but southern areas are looking mostly dry and brighter.”

Weather maps show the west of the UK turn blue on Wednesday afternoon, as temperatures plunge. 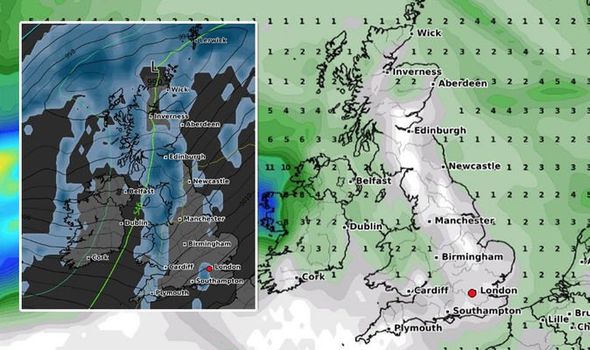 He said: “The wind will drive showers southwards across northern then central areas through the night.

“And as much colder air digs south in the north, showers turning wintry over Scotland, with snow over the hills. 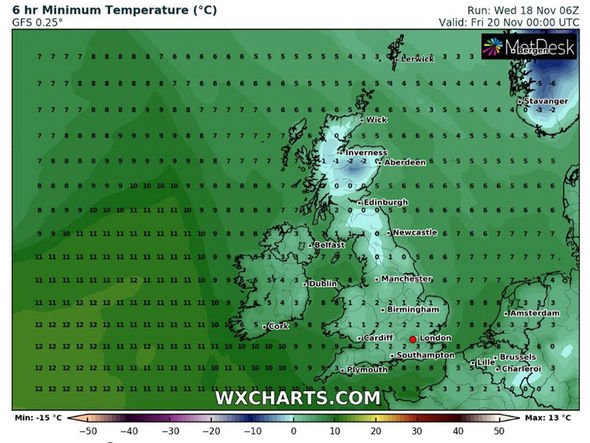 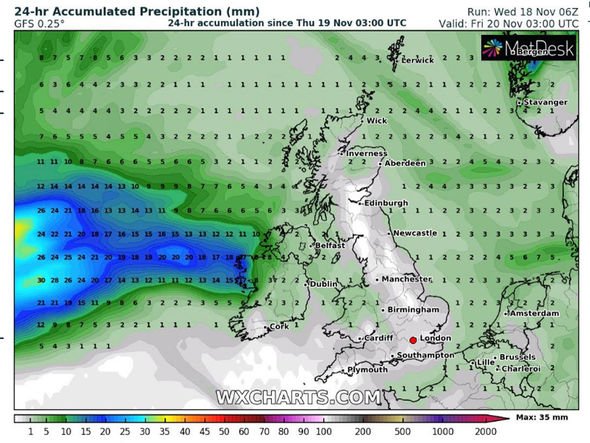 The Met Office also forecast a cold night is in store, characterised by “severe gales” and showers.

The mercury will struggle to reach the double digits across the country, with weather maps showing northern parts are set for temperatures below freezing.

Charts show Scotland will get very cold at midday, with temperatures of -1C forecast.

This is then expected to fall to -2C in the evening. 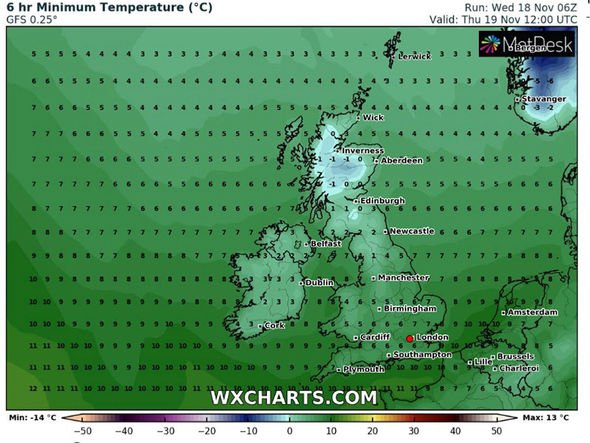 When accounting for windchill the temperature will feel more like -4C, according to WxCharts.

Scattered rainfall is forecast through Thursday and during the night, making way for slightly milder and calmer conditions for the last working day of the week.

But Mr Finnis warns rainy conditions are still expected. Mr Finnis said: “A cloudy, windy but milder day on Friday, with outbreaks of rain spreading east across most areas.

“Rain easing across SW England and Wales in the afternoon, rain perhaps heavy and persistent across western Scotland.

“Temperatures returning back to double figures for most, reaching 10-13C.” 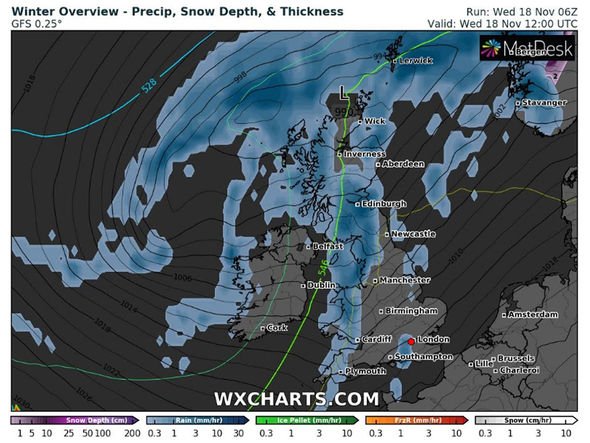 Met Office forecasters have also issued a warning for wind and rain on Thursday as Britain braces for the brutal cold snap.

Wind speeds are expected to reach 70mph when the polar blast arrives with the peak of the fierce gusts and showers peaking on in around 24 hours time.

The weather experts have put much of Scotland on a yellow weather warning with around eight inches of rain expected on higher ground.

Speaking today a Met Office forecaster told Express.co.uk: “Winds are expected to strengthen for a time this evening and overnight.

“A swathe of stronger winds is expected to move southwards across parts of coastal Scotland and Northern Ireland and it is likely that some places may see gusts of 60 to 70 mph for a time.”