North-easterly winds will bring bitter temperatures but some sunny spells will brace the UK. Rain and frost is also forecast to hit the country due to the “nagging” winds.

The Met Office has said there will be “significant changes” to Britain’s weather next week.

Aidan McGivern, Met Office Meteorologist, said: “Significant changes in the weather are on the way from Monday so let’s focus on the first four days for now because that’s relatively straight forward.”

Thursday morning is expected to bring a chilly start.

The Met Office said: “Thursday looks like a dry, bright and chilly day for most.” 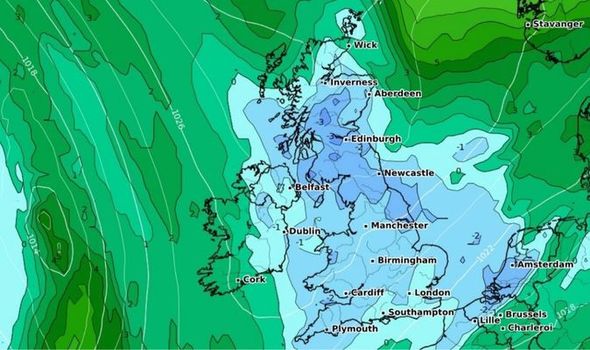 But there will be some showers as the week draws to an end.

Mr McGivern said: “A few showers around yes but also plenty of bright days and chilly nights heading into the weekend.”

He added that “high pressure is in charge” this week bringing cloud and frost.

He said: “At the moment that high pressure centres to the north of the UK. 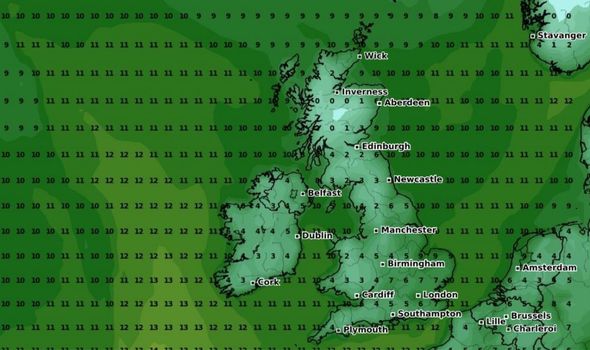 “An easterly breeze at first bringing plenty of showers to the east but by Friday and the weekend that high pressure is drifting away.

“We’re left with very slack isobars so light winds, low pressure doesn’t replace the high just yet and very little happens during the next few days and into the weekend.”

Temperatures on Thursday will range between 10 to 14C at best. 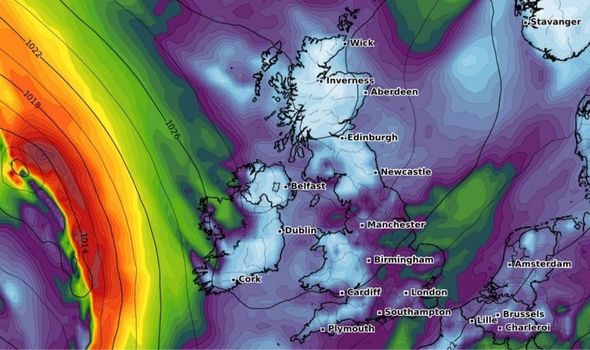 But Scotland and Northern Ireland are set to experience a dry day with some sun “after an early frost in places”, according to Mr Scholey.

Into Thursday evening, temperatures are set to drop dramatically.

Mr Scholey said: “There should be enough of a North to North Easterly breeze and patchy cloud to prevent a frost towards East Anglia and the South East, but elsewhere a ground frost is more likely.

“There’ll also be a touch of air frost again in the coldest spots over Scotland and in the West, with lowest temperatures mostly between -2 and +4C.”

As Britain heads into the weekend, there will be plenty of cloud and some patches of rain. 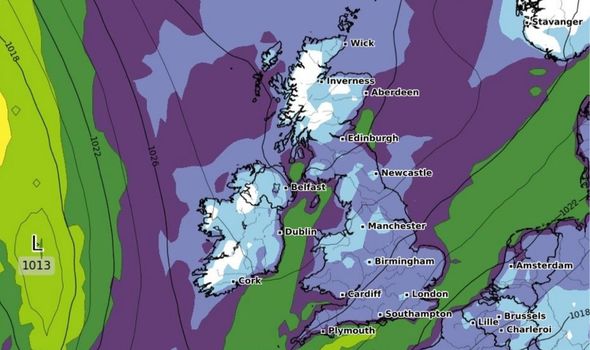 From Monday, “very wet weather” is expected to hit the UK, according to the Met Office.

But conditions are forecast to be milder next week across the country.

Mr McGivern said: “For much of next week low pressure to the west and that low pressure will bring rain and wind at times.

“Not all the time but quite often through next week it will be technically milder.

“I say technically because it won’t feel particularly pleasant where you’ve got rain and wind.”