Across the UK, grey skies and heavy rain have hit this week, with cold temperatures bringing an end to the hot weather of the past few weeks. The coldest temperatures on Tuesday saw the mercury dip to just 5.9C, a difference of 10C from the maximum temperatures last week.

On Tuesday, conditions were so wet that some areas saw more rain than was seen across the whole of April.

For example, in Chivenor, April’s average rainfall so far was 3mm, and on Tuesday 17mm fell.

Now more wet weather is on the way on Wednesday, with showers across England and Wales.

The Met Office wrote on Twitter: “Wednesday morning will see a gloomy start across much of England and Wales with rain pushing back into the far southwest. 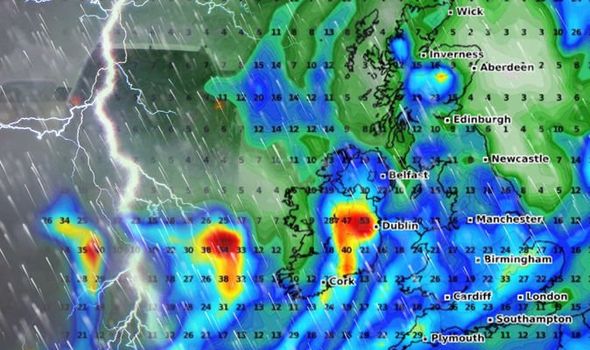 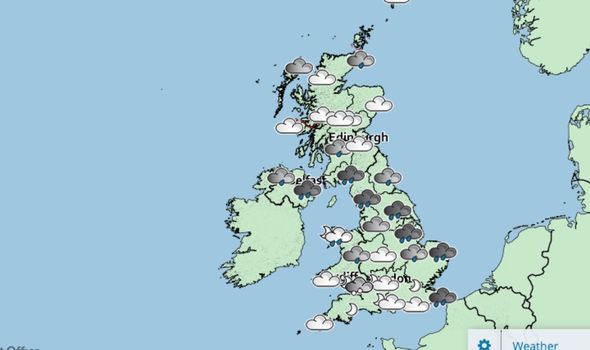 “Scotland and Northern Ireland will be brighter though, with a few showers”.

Now thunder and hail could also be on the cards, with heavy and thundery showers forecast to hit across the southwest tonight.

Blustery showers are also forecast to track across the southwest, making for miserable conditions.

On Thursday, rain will then hit parts of Scotland, while elsewhere there will be a mixture of sunny skies and showers. 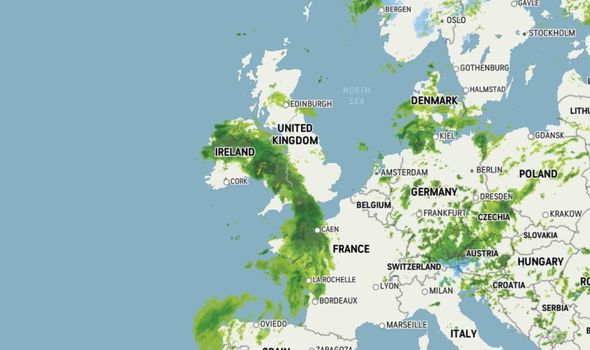 Some showers could again be heavy, with thunder and hail in places.

BBC weather forecaster Matt Taylor said: “It’s going to be a case of dodging showers on Thursday, particularly across England and Wales.

“Maybe some more persistent rain to start across southern Scotland, that will only slowly turn lighter and patchier.

“But across England and Wales, we will see some heavy thundery showers pop up here and there.

“And around English Channel coasts, some gusty winds touching gale-force at times.”

Following the pattern, sunshine and showers will continue on Friday into Saturday.

The heaviest and most frequent showers will be across England and Wales during this period.

On Sunday, northern areas will be dry and bright, while elsewhere rain spreading northeast. 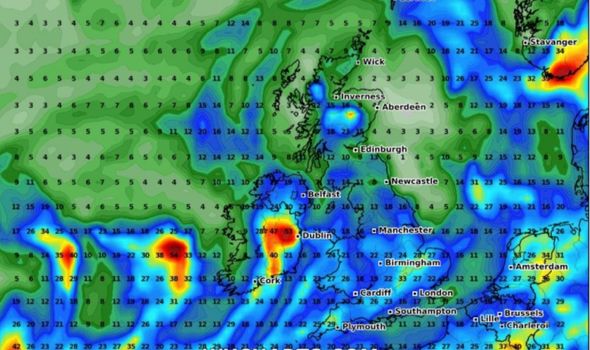 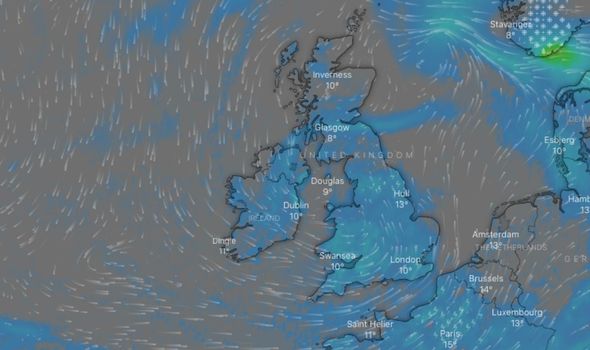 Bright across northern Scotland. Low cloud and drizzle in the east will be replaced by a band of heavy rain moving in from the southwest.

Turning brighter in the southwest before further rain arrives later. Windy in the west.

Bands of rain, heavy at times, moving northeastwards across most parts, interspersed with drier spells.

Further blustery showers following into the southwest, some heavy and thundery.

Rain affecting parts of Scotland. Elsewhere, a mixture of sunny spells and showers, some heavy with hail and thunder in places.

Outlook for Friday to Sunday

Sunshine and showers on Friday and Saturday. The heaviest and most frequent showers will be across England and Wales.