The weather in the UK has been fairly tumultuous in recent days, as heavy downpours and thunderstorms swept across much of Britain. Forecasters don’t expect the variable conditions to move on anytime soon, with new weather maps showing severe winds swirling towards the UK.

The weather forecast for later in the week looks extremely unsettled, with heavy downpours and strong winds expected – particularly for the west of the UK.

Weather charts from The Weather Outlook also show winds of up to 111mph hurtling towards Britain during the early hours of Thursday morning.

The map shows a worrying storm building to the southwest of England, propelling strong winds towards the west coast and up through Wales.

The charts show the storm build, moving north as strong gales of up to 60mph batter the west of the UK and Northern Ireland. 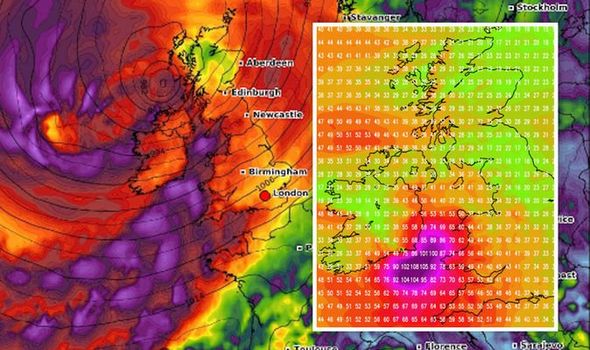 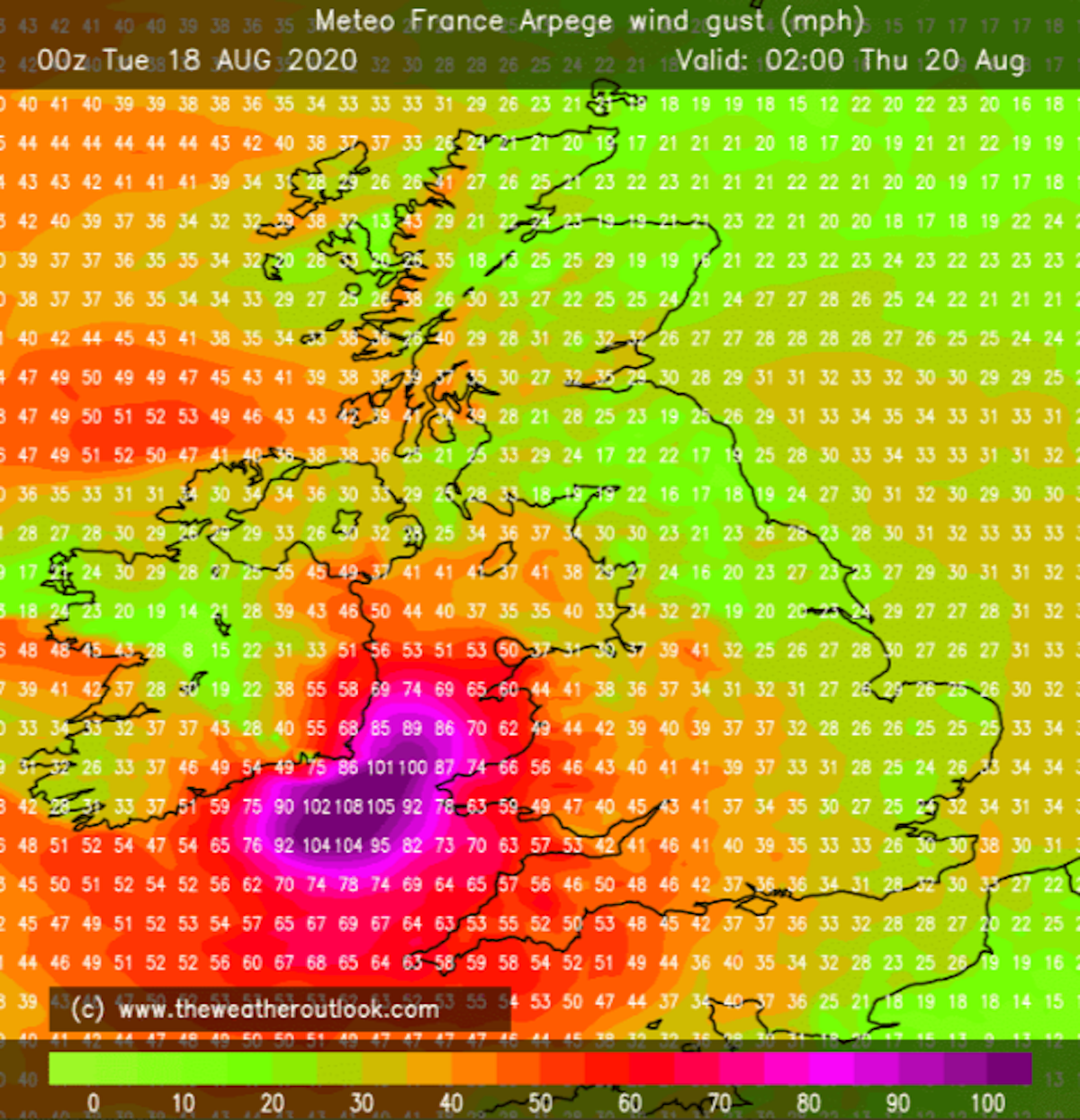 Soon after, the storm is expected to hit the northwest of England and Scotland, with winds of up to 65mph rippling through the UK.

Maps from WXCharts also document the storm building through Thursday, with strong gusts of winds heading towards Britain.

The weather map highlights the strong gales in purple, as it starts to build on Thursday morning.

By Friday the strong winds have reached the west of the UK. 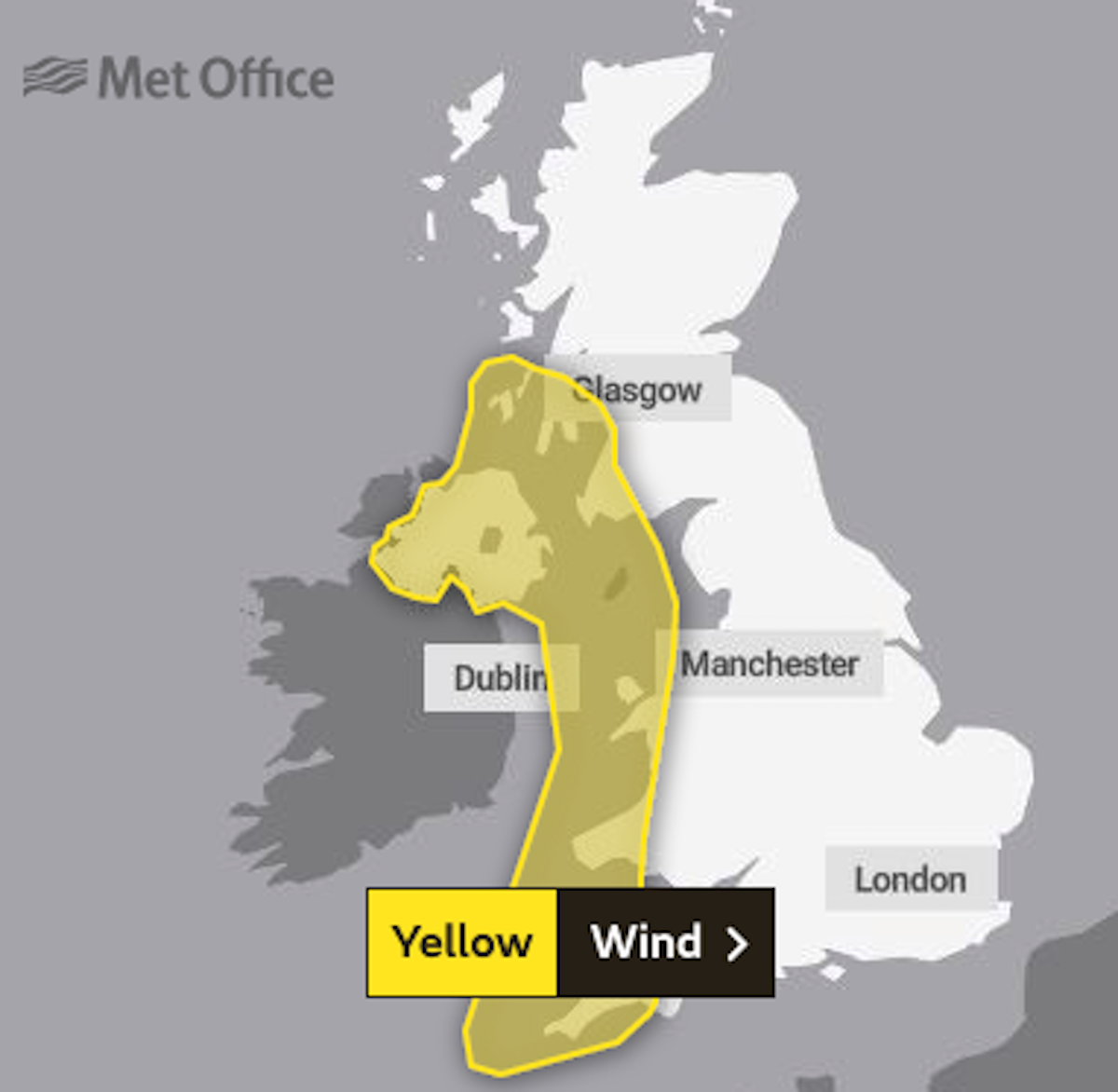 The Met Office forecasts stormy conditions this week, with heavy rain and windy weather especially likely from Thursday and into the weekend.

They state: “Spells of locally heavy rain sweeping northeast across many areas Thursday.

“Further showers Friday and Saturday, heaviest in the west.

“Windy throughout, with gales for some western and northern areas.” 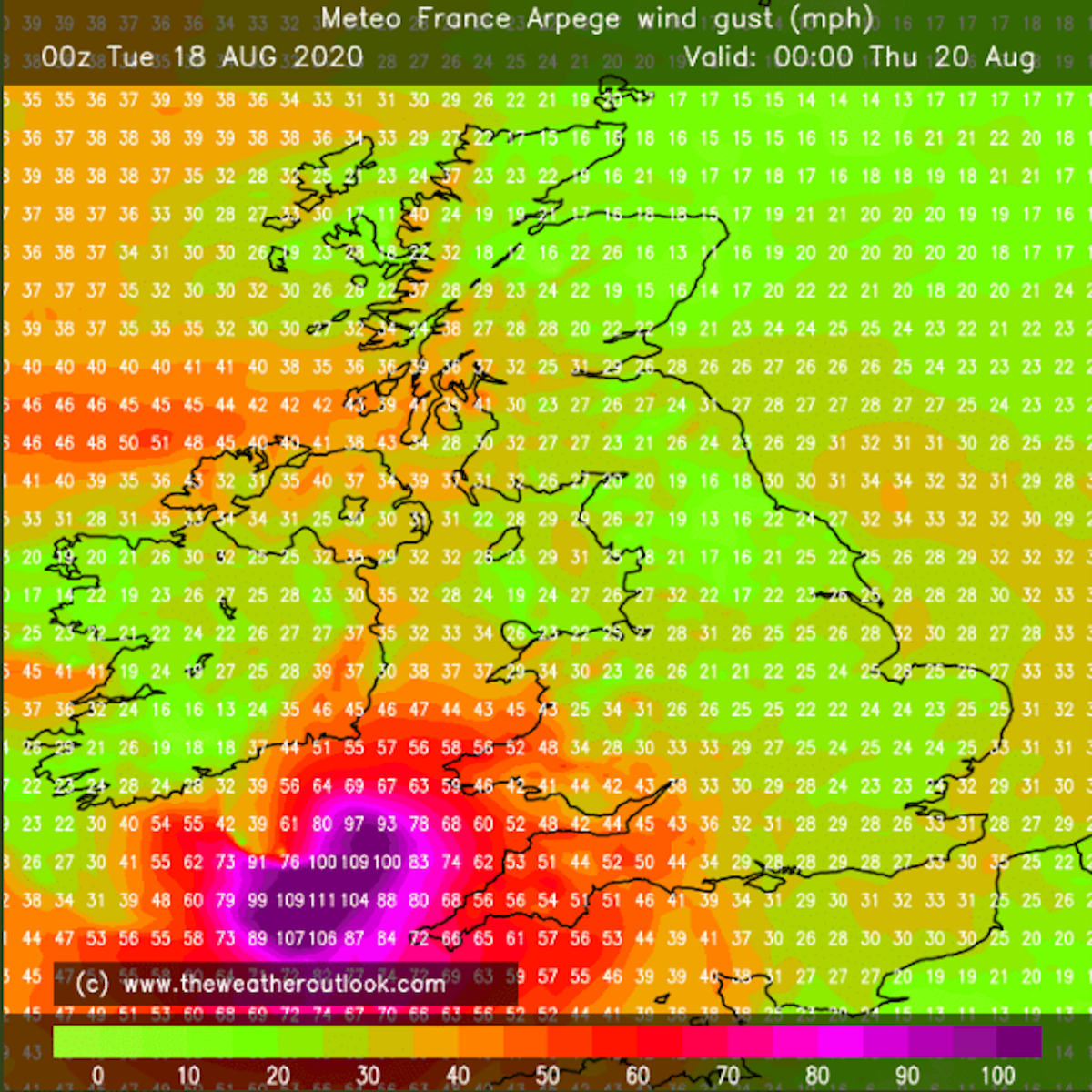 The Met Office has also put in place a number of yellow weather warnings.

On Tuesday a rain warning has been issued, covering much of Scotland, as heavy showers are expected to bring some disruption and even flash flooding.

By Wednesday a wind warning has been put in place across the west of the UK.

The forecasters expect strong winds to cause some disruption to travel and power supplies. 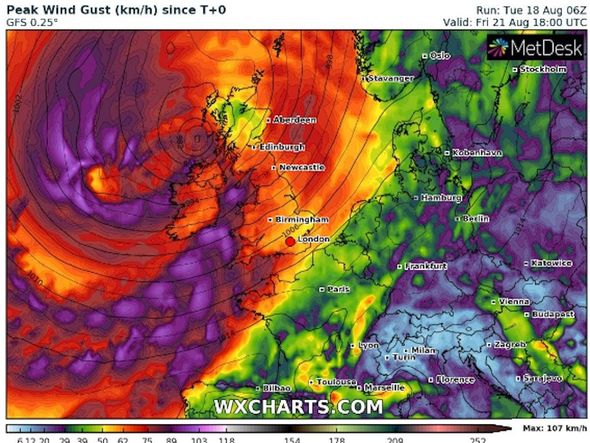 They warn coastal routes and seafronts will be particularly affected by large waves.

The yellow wind warning is in place from 8pm on Wednesday to midnight on Thursday.

No weather alerts have yet been put in place for Friday.