The UK is expecting heavy snow, and wet wintry conditions this week. A weather WXCHART has shown Britain turning purple representing a drop in temperature. Much of the northern half of the UK can expect snowfall this week, potential flooding and travel disruption.

Following this, heavy rain will bombard the nation, with the Met Office issuing yellow and amber weather warnings.

On Sunday Met Office forecaster John Griffiths told Express.co.uk: “For most area’s, we’ve got a period of rainfall for the rest of the day today and into tomorrow.

“That rain system is going to be with us for a number of days into Monday evening, Tuesday and Wednesday.”

Temperatures will reach 12C on Tuesday in the south, higher than normal for this time of year and 5C in the northern half of the UK. 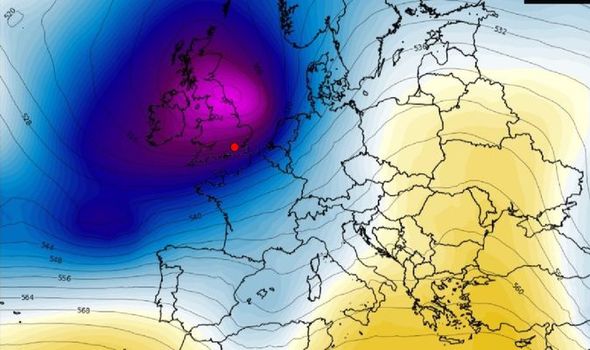 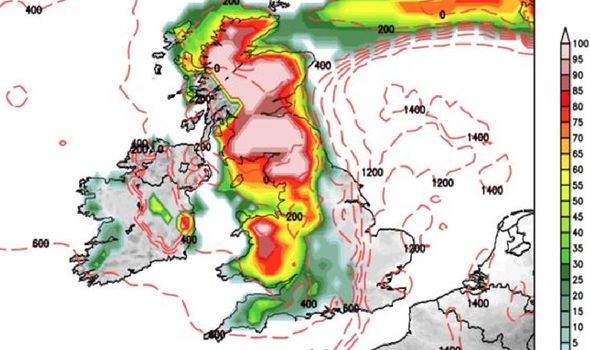 However, the Met Office has issued yellow and amber weather warnings from Tuesday to Thursday where heavy downpours and some snowmelt across hilly areas are expected.

The warnings, which cover parts of north-west England and large swathes of Wales, says there could be a “danger to life” from possible “fast flowing or deep floodwater.”

Later on in the week, Scotland and northern England can expect more snowfall heading into the weekend.

The BBC’s long-range forecast said: “Next week, a stronger low-pressure system is expected to move in on Monday bringing some wet weather throughout the country through midweek.” 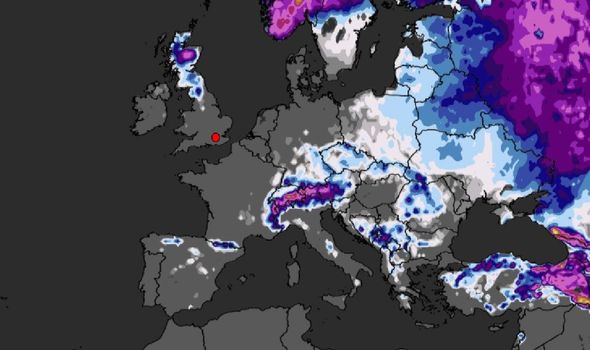 An amber weather warning of heavy snow has been issued by the Met Office across eastern England, with people told to expect travel delays, power cuts and a chance that rural communities could be “cut off”

The Met Office has said snow is possible from Wednesday to Friday this week.

They said: “Remaining extremely unsettled with heavy rainfall, the potential for snowfall on the northern edge. “Strong winds across southern and, more especially, central areas. Much colder in the north with wintry showers.” 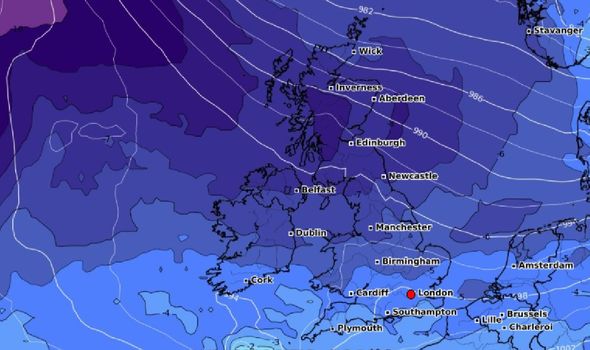 Met Office meteorologist Tom Morgan “Despite the brief thaw, from Wednesday night we expect a return of colder, windy conditions, with snow falling on higher ground in the North of England and overnight frosts further south.”

BBC forecasters also expect the end of the week to be characterised by the “occasional wintry weather”.

By 6am on Thursday most of Scotland and the north of England will be plunged below freezing, as the rest of the UK sees highs of 5C.

Temperatures will drop further on Friday, with -6C forecast in Scotland at 9am, while the rest of the UK battles to exceed 0C.