Yellow warnings for heavy rain have been issued from Cardiff all the way up to Glasgow from 9am through to the end of the day, with the forecast downpour leading to fears of flooding. The rest of the UK is also set to soak in the unsettled weather, with the remnants of Hurricane Epsilon pushing Atlantic rainfall and winds westwards throughout the day. Friday will see the worst of the weather ease up for the western regions, but still bringing periods of heavy rain across the south overnight.

He added: “The next major system on its way is developing out in the Atlantic, this will bring most of us a fairly soggy day on Thursday.

“Before that arrives it will turn quite chilly for a time, but temperature will rise as this area of cloud, wind and rain move in.

“A wet start then for Wales and Northern Ireland, a dry bright start for parts of eastern England but the rain moves in here into southern and western Scotland too.” 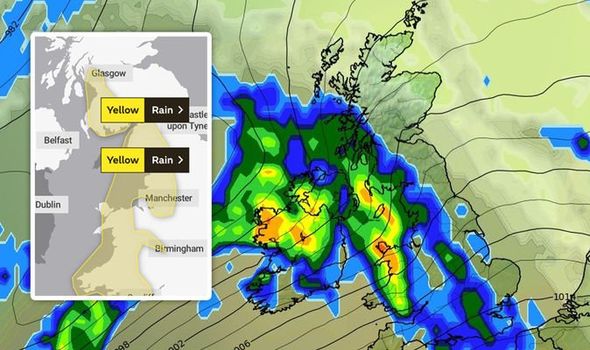 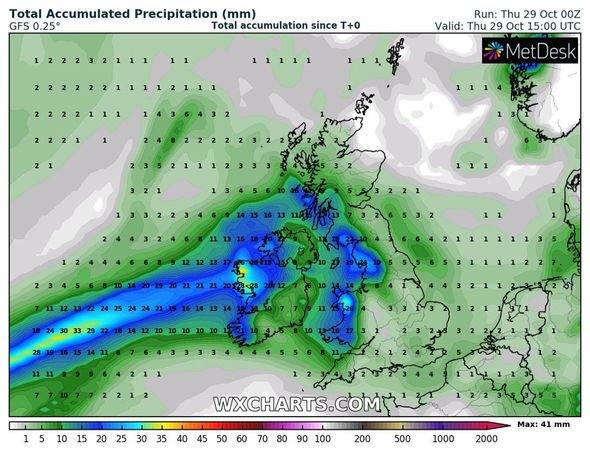 As 9am rolls in the western coast of the UK will be drenched in up to 4mm of rain per hour throughout the morning.

Lighter rainfall will be seen in the southwest of Cornwall and the south of England, but it will still be a miserable and wet start to Thursday for many.

The northeast of England, parts of the midlands and most of Scotland will avoid the wet morning, but with cloud cover and winds still bringing a chill.

Wind-speeds of up to 30km per hour will come from the North Sea for a brisk start to the day. 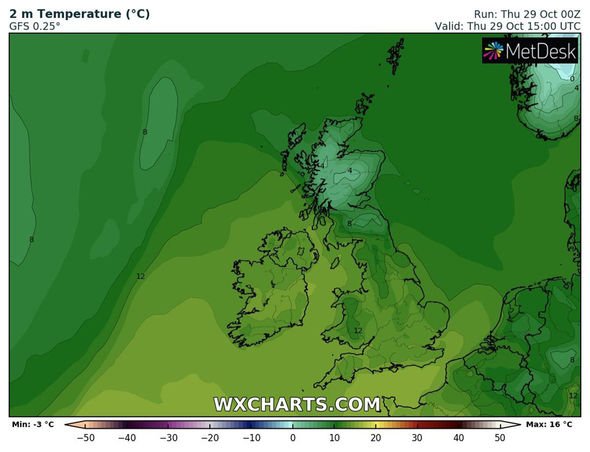 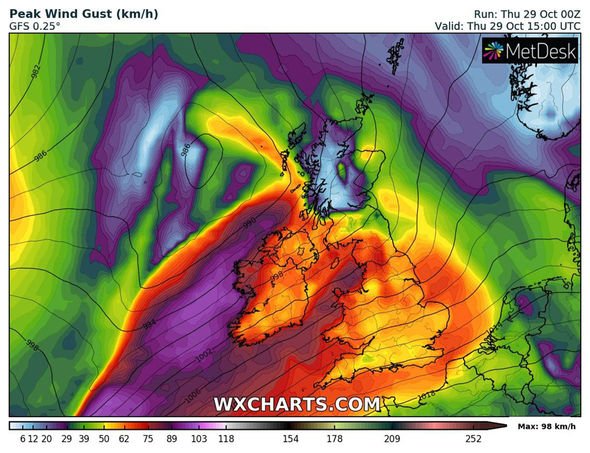 Temperatures are set to stay unsettled throughout the day, with much of Scotland and the north east seeing single digits by midday.

Despite the gloomy downpour it is set to stay mild on the thermometer with highs of 15C along the south coast, and 14C in London and the south east.

But due to the rainfall and winds it will feel much colder at 10C for much of the south of England.

It will be similar conditions for much of the UK today, with Cardiff, Belfast and Glasgow all feeling cooler at between 11C and 8C.

Moving into Friday and the rainfall will ease up over the north-west coast of England, as well as moving slightly away from Scotland, Northern Ireland and Wales.

Throughout Thursday night though the heavy rains are set to continue further inland for Scotland, with the same 4mm per hour of rain being felt across the northwest and central belt.

At midnight Cardiff will again see a plume of Atlantic pressure bringing with it more heavy downpours.

The north west coastal areas will see a reprieve with only light downpours predicted, as the heavier rains move down into the midlands. 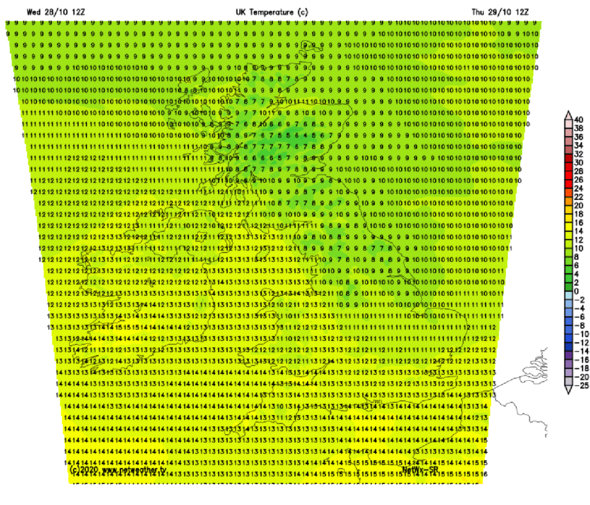 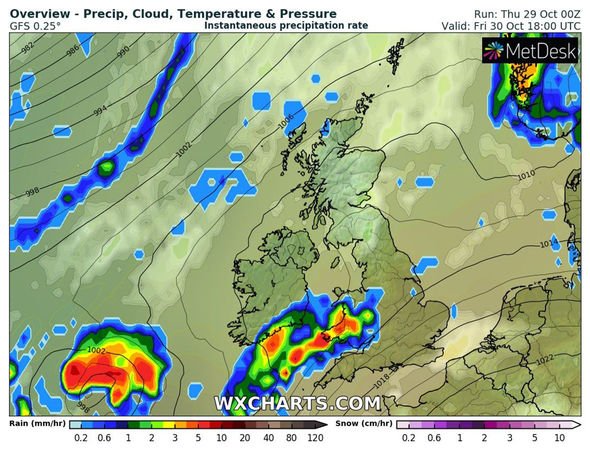 By Friday morning the rainfall will have moved north-westwards away from Scotland, with patches of light rain and cloud starting off the day across the regions.

But it’s a different story in Wales, which will continue to see the week-long downpour at 4mm per hour.

That Atlantic plume will also drift into the southwest and London, albeit much lighter than it will be in Wales, with less than 1mm of rain set to fall in these areas.

By 9am however, Wales will begin to see that plume of rainfall converge in areas like Cornwall and Devon, before clearing up throughout the day.