Weather forecasters have warned of wet and windy conditions which are expected as a cluster of storms is headed straight for Europe. Severe storms with hail, severe winds and heavy rain are due to batter large swathes of Europe including hitting areas of the UK.

Many weather warnings and alerts have been issued across the continent given this potentially dangerous weather.

In addition, Algeria, Tunisia and southern Italy will likely see the storms impact on Thursday.

Severe winds as a result of this weather system are also expected over northwest Scotland. 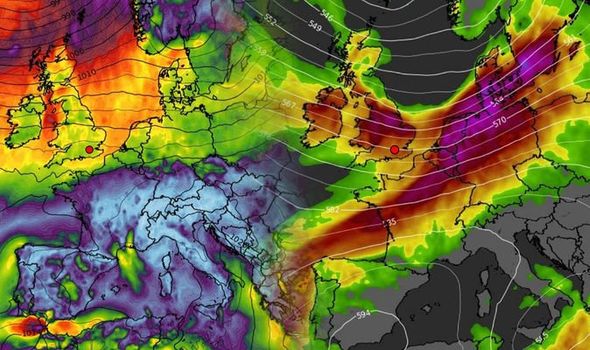 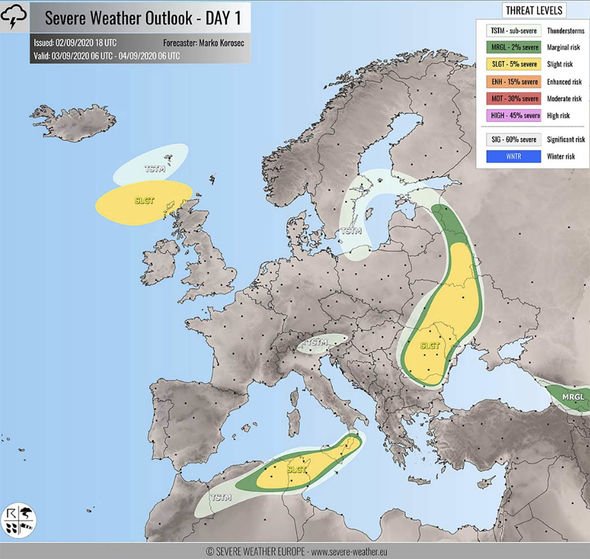 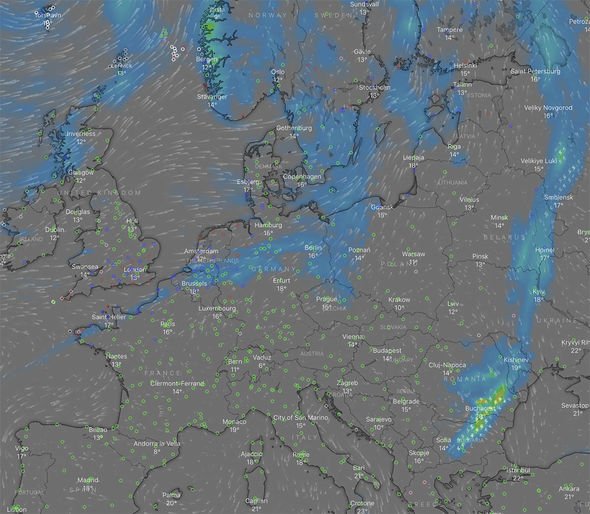 There is a weakening wave continues from central into eastern Europe, with an upper ridge building in its wake.

An upper low is weakening over northern Algeria and a strong ridge persists over eastern Europe and western Russia. 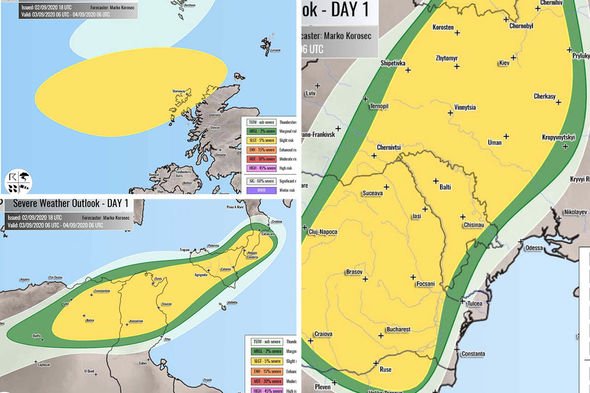 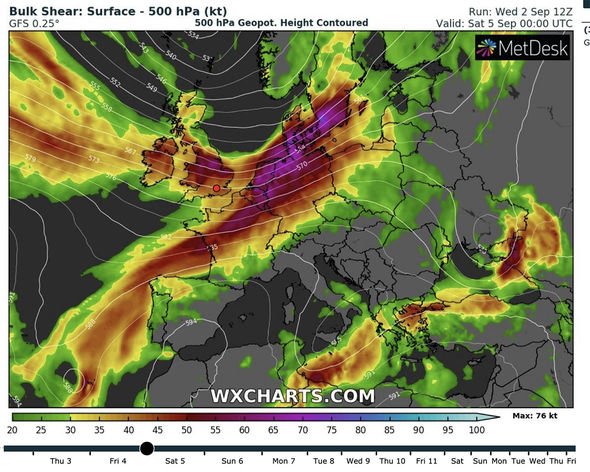 Authorities have issued several SLFT risks, which implies areas where well-organised severe thunderstorms are expected, but these storms are in small numbers and have low coverage.

An SLGT risk has been issued for northwestern Scotland with a threat for severe winds and heavy rainfall.

A surface low is migrating across the Faroe Islands and pushes severe and mostly non-convective winds across the risk area.

These strong winds could reach as strong as 62mph (100kmh) near the coast of northwest Scotland, even higher over the Highlands.

Warnings have also been issued for the following countries across Europe:

In Algeria, Tunisia and Sicily isolated storms are possible within a moderately unstable and sheared environment associated with the weakening upper low which poses a threat of severe storms, capable of unleashing severe winds, torrential rainstorms and marginal hail.

More significant storm warnings have been issued for Georgia with a threat for isolated severe storms possibly producing severe winds and marginal hail where moderate shear and instability supports the formation of better-organised storms.

A thunderstorm warning has been issued for across the Alps, southeast Sweden, Estonia and the Faroe Islands where there is a threat for daytime driven storms.

Limited shear is present so these storms are expected to remain sub-severe. 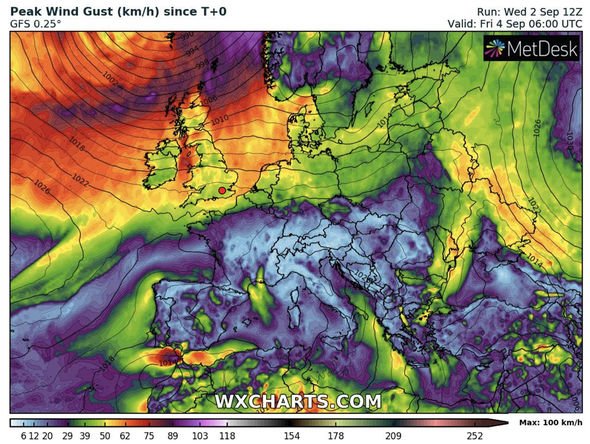 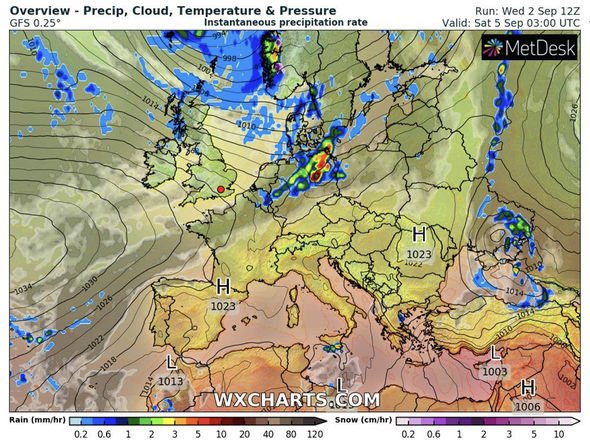 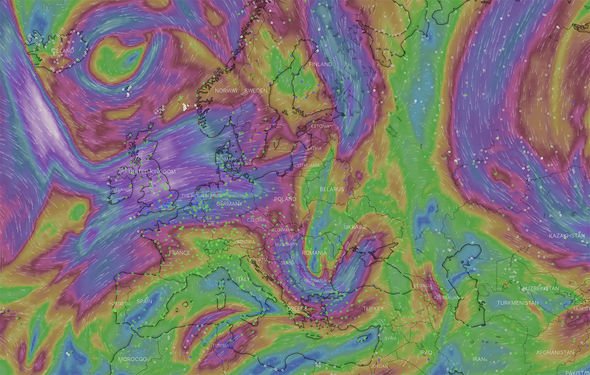 The Met Office forecast for the coming week advises of rain and drizzle clearing across the showers and rainfall in northern areas.

On Thursday, a band of cloud and occasional rain will hit areas of central parts continuing southeast to reach Kent by dark.

Sunny spells are anticipated elsewhere with showers, especially in the northwest.

It will remain windy, particularly in the north later in the day and overnight it will be windy with further showers in the far north, which will be heavy at times with a risk of thunder.

Elsewhere there will be a risk of mist and fog patches in southern areas.

Conditions will turn dry and bright for many areas on Friday, with cloud and rain moving eastwards across southern regions.

Over the weekend the weather will involve sunny spells and showers throughout with temperatures likely to be slightly below normal.

Conditions will be cloudier and breezy with rain in the north on Monday, but it will be mostly dry and warmer in the south.