The White House said on Friday it was looking to “advance American interests and cooperation with allies and partners in the Arctic.”

The move comes in response to Moscow’s decision to increase its military activities in the region around the North Pole.

The Kremlin is in the process of reopening Soviet-era bases and deploying its hypersonic missiles to the Arctic.

The move was welcomed by NATO’s Secretary General Jens Stoltenberg, who told the German publication Welt am Sonntag that the military alliance needed to “increase its presence” in the Arctic. 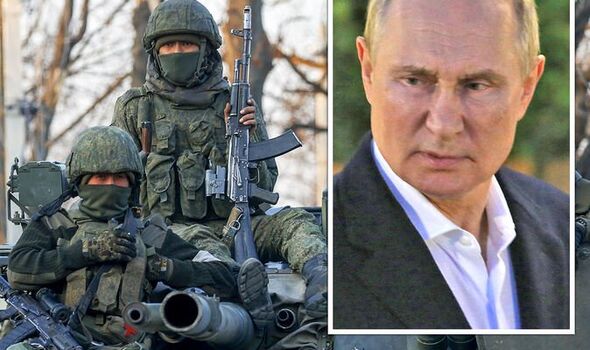 REGIONAL airports are being prepared to host combat planes for the first time since the Second World War as tensions with Russia mount.

The concept, called Agile Combat Employment (ACE), has been in the works for more than a year and was primarily intended to be used in potential hotspots around the globe, such as the Indo- Pacific, Middle East or even Nato’s Eastern flanks in Europe. But Russia’s invasion of Ukraine and concerns of a subsequent war involving Nato have now seen ACE accelerated and extended to within the UK, senior sources have confirmed.

It will be the first time since Britain declared war on Germany in 1939 that the RAF has drawn up plans to disperse fighter aircraft to different parts of the country.

The aim is to ensure elements of the RAF’s Quick Reaction Force will survive direct attacks on their bases. Eurofighter Typhoons based at RAF Lossiemouth in Moray protect the northern sector of the UK, while those at RAF Coningsby in Lincolnshire look after the southern sector. However other combat jets and larger aircraft will also be re-based in times of “imminent crisis”.