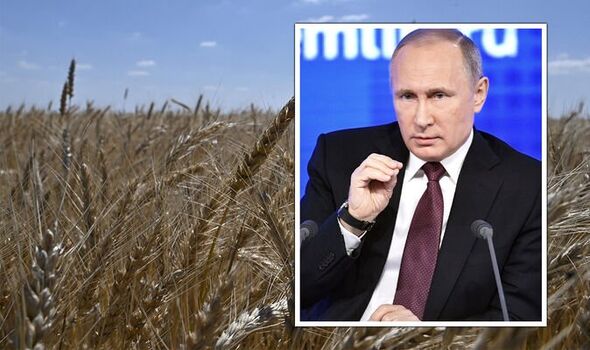 The region, located south of Ukraine and just north of Russia-controlled Crimea, was invaded in February. Russia captured the capital of the oblast, Kherson on March 2, with Secretary of the United Russia General Council Andrey Turchak declaring: “Russia is here forever.”

The area, pre-war, had a population of around one million people.

On Sunday, July 3, the British Ministry of Defence, in its regular intelligence update, said: “Russian-backed officials have said they will hold a referendum on Kherson Oblast joining the Russian Federation by autumn 2022. Russia is likely prioritising a pseudo-constitutional vote in an attempt to legitimise its control of the region.

“Finding a constitutional solution for the occupation is likely a priority policy objective for Russia. It will highly likely be prepared to rig voting to achieve an acceptable result.”

Russia ‘much weaker than you think’

Russia will start feeling the brunt of Western weapons in Ukraine, warned a Ukrainian MP, as deliveries are starting to make a difference in the war.

The MP is confident the Ukrainian army will turn the tide against Russian forces as arms deliveries are pouring in from the West.

In the last few weeks, Ukrainian forces have struggled to hold the line, with Russia taking over the last pocket of Ukrainian resistance in the Luhansk region.

The city of Lysychansk has fallen under Russian occupation on Saturday, according to Russian-backed local officials. However, Russia’s loss of the Snake Island could herald a change in war dynamics.