Russia has drawn up a shopping list of weapons and components made by companies in several countries, many out of reach due to sanctions, to fuel Putin’s war machine.

But Ukraine is sending out warnings to these countries, with a clear message not to let Putin get his hands on the weapons.

On the list – the origin of which is not known but has been cross-checked by Politico with other military supply chain research – is a microchip made in Taiwan, costing around 1,469.8661 rubles, or €24.37.

Ukrainian Prime Minister Denys Shmyhal told the publication Russia has “already spent almost half” of its weaponry on arsenal.

The British Ministry of Defence said international sanctions are causing the shortages.

In its latest intelligence update, it said: “In the face of combat losses, it is likely that Russia is struggling to maintain stocks of UAVs, exacerbated by component shortages resulting from international sanctions.” 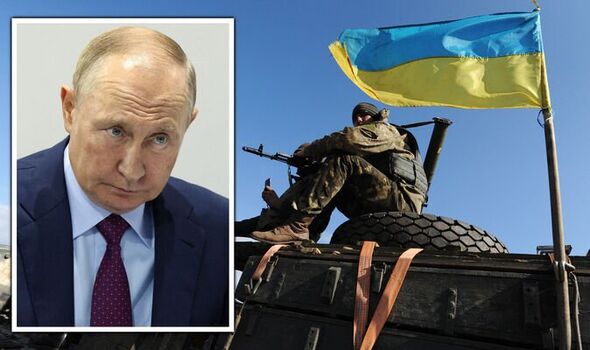 Russian shortages are “increasingly hampering Russian operations”, according to the British Ministry of Defence.

In its latest intelligence update, the ministry said operations in Kherson continue but Ukrainian resistance and counter-offensive mean a smaller Russian presence.

It said: “05 September 2022, the Odesa Journal reported 27 sorties by Russian uncrewed aerial vehicles (UAVs) on the west bank of the Dnipro, compared to an average of 50 a day throughout August.”

It also highlighted that Russia is struggling to maintain stocks of UAVs due” to component shortages.

Good morning I’m Francesca Edwards, I’ll be bringing you all the latest developments on the war in Ukraine. Please feel free to get in touch with me as I work if you have a story or tips to share! Your thoughts are always welcome.