Several Ukrainian refugees in the UK are fearing the threat of eviction, homelessness, or overcrowding in the coming winters, a news report has claimed. The data collated by the UK Home Office revealed that 132,000 Ukrainian refugees have so far arrived in the UK, with 37,000 on the Ukraine Family Scheme and 95,000 on the Homes for Ukraine scheme, which places refugees with UK hosts.

Since the Russia and Ukraine war broke out in February 24, many Ukrainains have come to the UK to take refuge from the ongoing crisis.

According to The Times, a latest survey as part of a report for the Work Rights Centre found that half of Ukrainian refugees said they had no savings to fall back on, while two-thirds said they had no confidence in their ability to find accommodation in the private sector.

The report suggested that one in ten are at risk of being evicted and one in five were living in overcrowded housing, according to the findings, and more than half are still looking for work.

The report by the charity, which supports migrants accessing work, draws on the experiences of almost 200 Ukrainian families who have fled to the UK since the war began in February along with in-depth case studies. 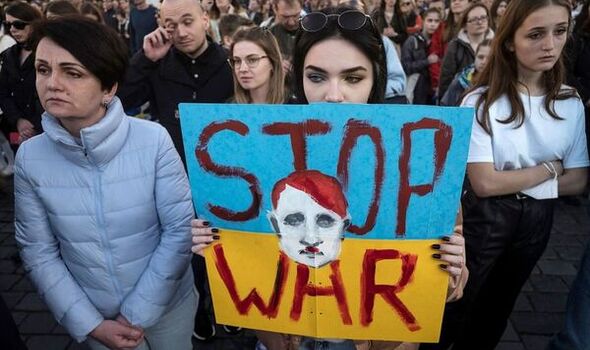 The survey results has raised doubts over the Government’s plan to taking care of the Ukrainian refugees in the winter with host-refugee agreements under the Homes for Ukraine scheme coming to an end.

The report found several examples of UK hosts “running out of patience” with their Ukrainian refugees, having only initially committed to having them for six months.

Other hosts cited the rising cost of living as a reason why they could no longer accommodate refugees, with the £350 monthly “thank you” payment from the government failing to cover their bills.

Dr Dora-Olivia Vicol, the chief executive of the Work Rights Centre, which offers free, confidential and multilingual advice to migrants and refugees in the UK who need help and support, told the publications such experiences showed the need for the government to renew its plan for helping refugees who have fled the war.

She said: “The government has made efforts to respond to the humanitarian crisis, but six months on, a long-term strategy for refugee integration is still lacking.

“To prevent families from ending up on the street it needs to urgently develop a plan to support Ukrainians’ transition into independent accommodation, and into the safe and secure employment so many of them desire.”

The Government’s communities department said it was conducting surveys and writing to sponsors to get a better understanding of their expectations and intentions.

A spokesman said: “We understand the financial pressures hosts and guests are feeling, which is why we’re working closely with councils to make sure families are not left without a roof over their head.”

The Homes for Ukraine Scheme was launched on 14 March 2022 by the Secretary of State for Levelling Up, Housing and Communities.

This scheme was open to Ukrainian nationals who were residents in Ukraine prior to 1 January 2022 and to their immediate family members (for example spouse/partner and children under 18) who may be of other nationalities, to be sponsored to come to the UK.

Applicants could apply from Ukraine or from any other third country.