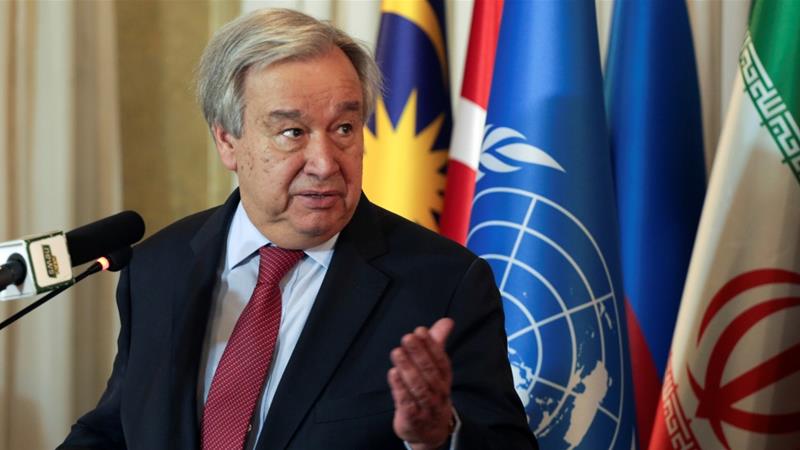 Just last week, as the novel coronavirus spread to more and more countries, killing thousands and infecting many more, Guterres warned that unless the world came together to curb the spread, millions of people could die.

In recent days, Guterres has called for much stronger global coordination on the response to the pandemic.

In a Monday letter to the G20 group of leading economic powers, he pushed for a “war-time” stimulus bill “in the trillions of dollars” to help poor countries.

According to the UN chief, the plan “aims to enable us to fight the virus in the world’s poorest countries, and address the needs of the most vulnerable people, especially women and children, older people, and those with disabilities or chronic illness”, said Guterres.

If fully funded, “it will save many lives and arm humanitarian agencies and NGOs with laboratory supplies for testing, and with medical equipment to treat the sick while protecting health care workers”, he added.

The amount of money sought by the plan is small compared to the $2 trillion that the United States Congress is poised to approve as a rescue effort for devastated US consumers, companies and hospitals as the world’s largest economy grinds to a sudden halt.

The UN plan is designed to last from April to December – suggesting the world body does not see the health crisis abating any time soon.

The exact total of $2.012bn is supposed to flow in in response to appeals that various UN agencies, such as the World Health Organization and the World Food Programme, have already made.

Guterres said in parallel, humanitarian aid provided yearly by member states to help 100 million people around the world must continue.

Otherwise, he said, the coronavirus pandemic could lead to rampant outbreaks of other diseases such as cholera and measles, as well as higher levels of malnutrition.

“This is the moment to step up for the vulnerable,” Guterres said.

As spelled out in an 80-page booklet, the UN plan will be carried out by UN agencies that work directly with nongovernmental organisations.

It will be coordinated by the UN Under-Secretary-General for Humanitarian Affairs, Mark Lowcock, of the United Kingdom.

The money will be used for a variety of purposes: to set up handwashing facilities in refugee camps, launch public awareness campaigns, and establish humanitarian air shuttles with Africa, Asia and Latin America, the UN said.

The exact needs of some countries are still being identified.

The plan names 20 or so nations as deserving top priority for aid, including some enduring war or some degree of conflict, including Afghanistan, Libya, Syria, the Central African Republic, South Sudan, Yemen, Venezuela and Ukraine.

But countries such as Iran and North Korea are also analysed in the booklet.

The plan foresees two general scenarios as to how the pandemic might evolve.

Under the first, the pandemic is brought under control relatively quickly as its rate of spread slows over the course of three or four months. This, the UN said, would allow for a relatively swift recovery in terms of public health and the economy.

But under the second model, the pandemic spreads quickly in countries that are poor or developing, mainly in Africa, Asia and parts of the Americas.

“This leads to longer periods of closed borders and limited freedom of movement, further contributing to a global slowdown that is already under way,” said the UN. 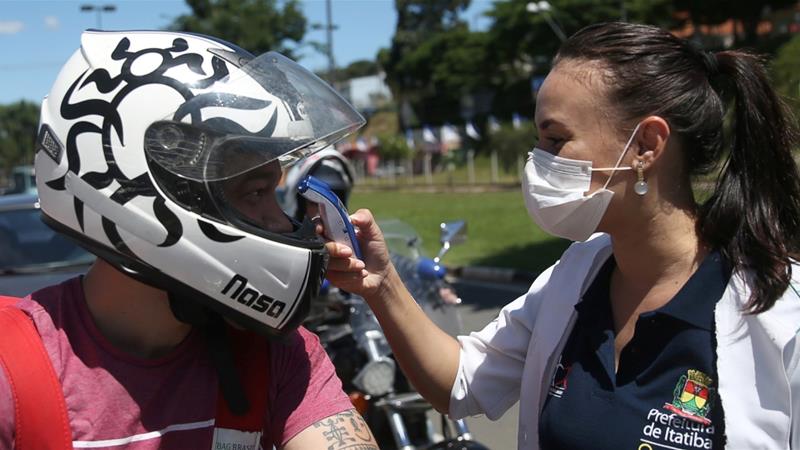 How can obstacles to widespread coronavirus testing be overcome?