US President Donald Trump is seeking to be re-elected by the American people but is facing stiff competition from Mr Biden ahead of the crucial vote on November 3. Mr Trump, who became the 45th US President after defeating Hilary Clinton in 2016, will be 74-years-old if he wins a second term as Commander-in-Chief.

Meanwhile, Mr Biden who served as vice-president for eight years under the Barack Obama administration will be the oldest first time US President at 78-year-old at the time of taking office.

In order to win the election either candidate must gain at least 270 out of the 538 Electoral College votes.

Each of the 50 US states is divided into a different number of votes based on its population – with the sunshine state of Florida carrying the most at 55 votes.

Mr Biden officially kicked off his bid for the White House at the Democrats’ virtual convention on Monday. 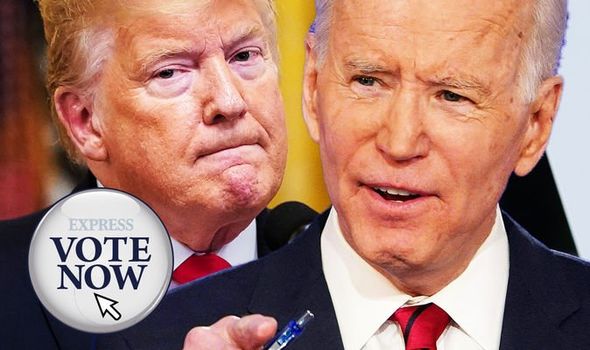 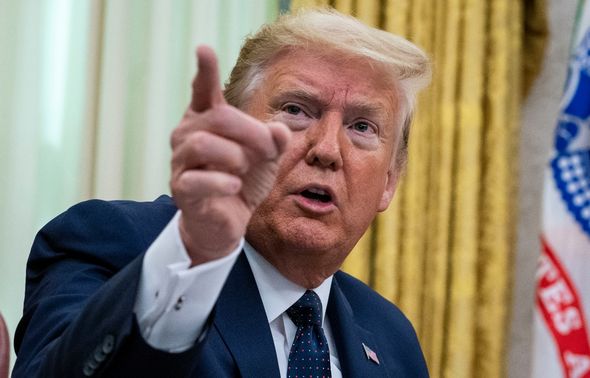 On day one of the four-day rally, Mr Biden and his running mate California Senator Kamala Harris, were given a number of high-profile endorsements including from Vermont Senator Bernie Sanders and former First Lady Michelle Obama.

Speaking at a fundraiser before the convention, Mr Biden said: “We’ve got to unite this country. It’s the only way it’s going to work.”

In a video message, Mrs Obama urged the American people to dump Mr Trump from the White House.

She said: “If you take one thing from my words tonight, it is this, if you think things cannot possibly get worse, trust me, they can, and they will if we don’t make a change in this election. 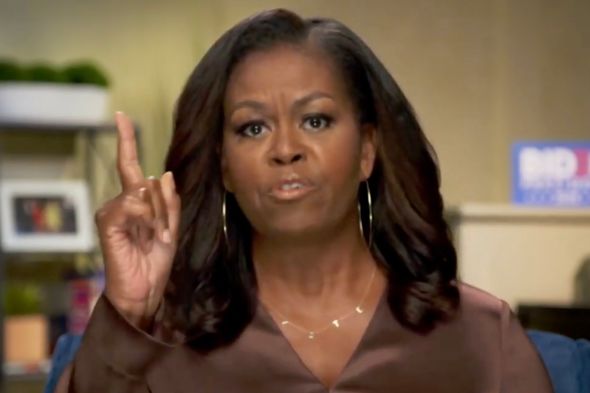 “If we have any hope of ending this chaos, we have got to vote for Joe Biden like our lives depend on it.”

Bernie Sanders, who dropped out of the race in to become the Democrat nominee in April, also gave a rousing endorsement for his former rival.

Mr Sander said: “In response to the unprecedented crises we face, we need an unprecedented response – a movement, like never before, of people who are prepared to stand up and fight for democracy and decency – and against greed, oligarchy, and bigotry.

“And we need Joe Biden as our next president.” 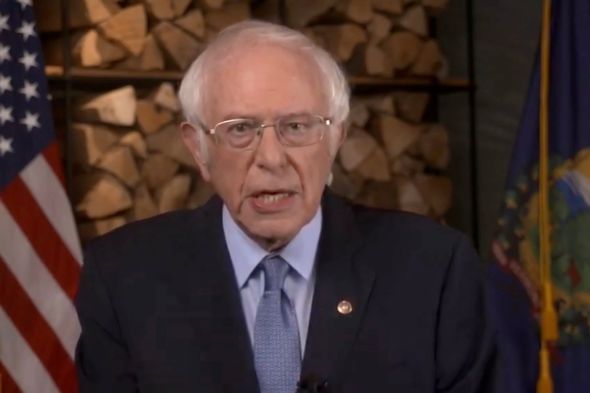 The US President who is trailing in many of the opinion polls has also begun the war of words and warned the Democrats could cripple the US economy.

In a break with convention, Mr Trump also started on the campaign trail at the same time as the Democrat convention and ripped into the Biden/Harris bid ahead of rallies in Minnesota, Arizona and Pennsylvania

He said: “We built the greatest economy in the history of the world and now I’m going to have to do it again.

“If’ we don’t win, they’re going down the tubes. We’ll end up with one very boring socialist country that will go to hell.” 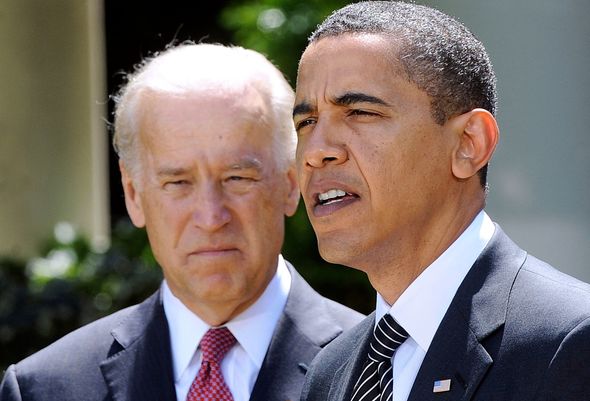 Mr Trump will be formally nominated for a second term at next week’s Republican National Convention.

The latest WashingtonPost/NBC Poll has Mr Biden ahead of Mr Trump by 53 percent to 41 percent among registered voters.

The 12-point lead in the polls is smaller than the 15-point margin in a poll taken last month.

The US election will take place on November 3, with the winner officially sworn into office on January 20 in a ceremony on the steps of the Capitol building in Washington.