Candidates on polar opposites of the political spectrum are facing challenges on Tuesday amid increased polarisation. 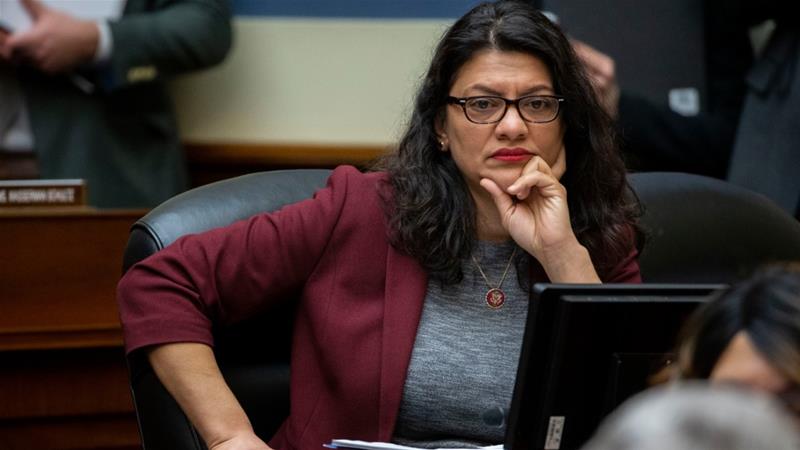 Kansas archconservative Kris Kobach and prominent Michigan progressive Rashida Tlaib – candidates from the outer edges of the Republican and Democratic parties – are on the ballot Tuesday when five US states hold primary elections for Congress.

The outcomes in Kansas, Michigan, Arizona, Missouri and Washington states will set the stage for November 3 elections to the United States House of Representatives and Senate that will determine the balance of power in Washington, DC.

In a tumultuous year, the Kobach and Tlaib races will test whether each party will steer to the right or left, or stay closer to the political centre.

Kansas has not had a Democratic senator since the 1930s. But some centrist Republicans fear Kobach, who failed to win the governor’s race in 2018, could put the Senate seat in reach for Democrats. The expected Democratic nominee, state Senator Barbara Bollier, is a former Republican who is breaking fundraising records.

The race is drawing in national Republican money the party will need as it fights to protect its 53-47 Senate majority.

Kobach said the Senate leader should “stay out of it”, arguing that polling shows whoever wins the Republican primary will prevail in the general election.

“Whenever a conservative is in the lead in a Republican Senate primary, McConnell jumps in to support the moderate opponent. McConnell wants a yes man in the Senate,” Kobach said in a recent statement.

In Michigan, a member of the “Squad” – four first-time congresswomen who have become the face of the House of Representatives’ left wing – faces a stiff primary challenge.

Jones, 60, lost to Tlaib by fewer than 1,000 votes two years ago. The district, which includes parts of Detroit, is over half African American.

Tlaib, of Palestinian descent, was one of the first two Muslim women elected to Congress.

She became famous just after her election for a profane promise to impeach Trump. A backer of former Democratic presidential candidate Bernie Sanders, she has not endorsed the party’s more moderate presumptive nominee, Joe Biden. 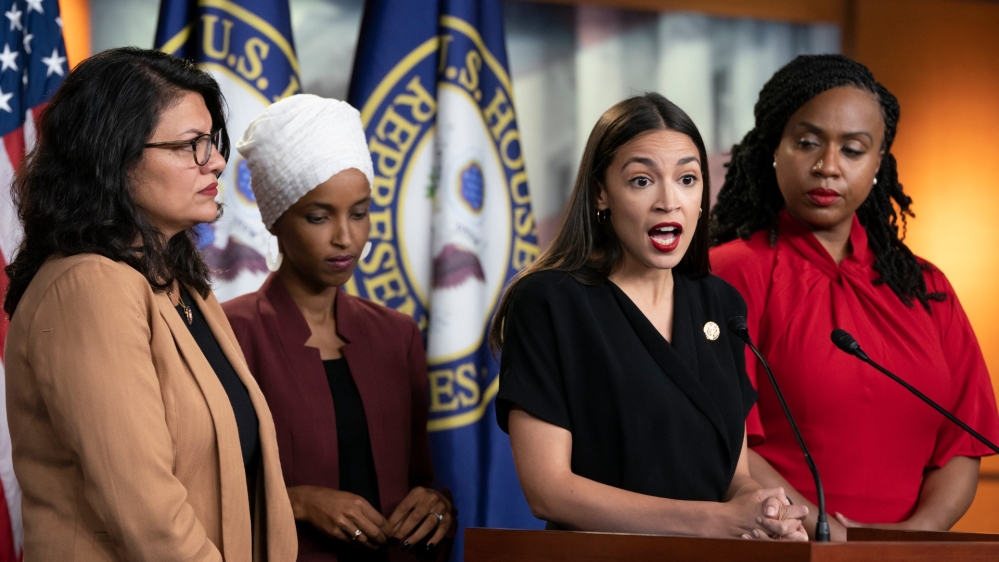 Jones suggests that Tlaib puts celebrity ahead of constituents. “I am one that works with people – even when I don’t always agree with them – in order to get things done for my community,” Jones said.

Jones has also enjoyed warm relations with Biden. The two have appeared together in Detroit.

But Tlaib’s campaign spokesman said she had held dozens of town halls and helped residents secure unemployment benefits and protective equipment during the coronavirus pandemic.

In Arizona, voters are choosing nominees for what is expected to be one of the most expensive Senate battles of the year.

Senator Martha McSally is expected to win her Republican Party primary over Daniel McCarthy, who says she is not conservative enough.

The contest is a prelude to a daunting general election fight as she trails expected Democratic nominee, astronaut Mark Kelly, in the polls and has about half his $21m campaign war chest.

Both candidates are Black. Clay or his father have represented the district in Congress since 1969.