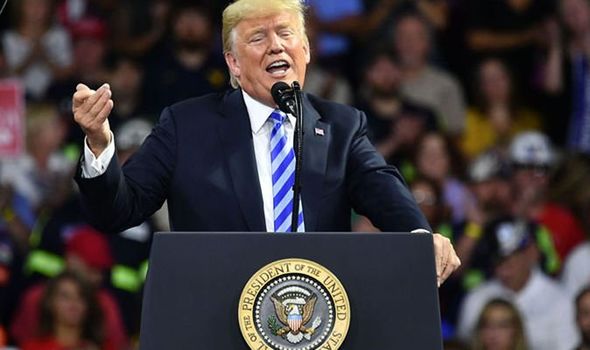 Over three million people have been infected and more than 209,000 have been killed around the world by the new coronavirus, a quarter of them in the US. But the 3-million figure probably reflects only a fraction of the actual number of infections, as many countries are only testing the most serious cases.

“Our relationship has had its ups and downs, but we are in this crisis together. We are working together to defeat a new kind of enemy – the coronavirus,” Secretary Reeker said in an interview with French newspaper Le Figaro published on Sunday.

Scores of EU states and the US are currently facing high infection rates and severe economic slowdowns due to crippling restrictions on movement designed to break the pandemic’s growth.

“The virus poses an unprecedented challenge, one which took us all by surprise, in part because of the lack of transparency in another part of the world,” he said in a barely veiled reference to Washington’s claim that China, the epicentre of the virus, lied about the true scale of its outbreak.

“[Brussels and Washington] must unite in the face of China and of this crisis in order to move forward in an intelligent and practical manner,” he continued. “China has made no effort to be transparent since the start of this crisis.”

Washington and Beijing have been engaged in a bitter war of words over the flu-like infection, which US President Donald Trump called a “Chinese virus”.

Earlier this month, the US accused the World Health Organisation (WHO) of being too focused on China and issuing bad advice in the early days of the coronavirus outbreak, before halting US funding for the agency.

“The WHO really blew it,” President Trump said in a Twitter post. “For some reason, funded largely by the United States yet very China centric.”

He has also said that Beijing should face consequences if it was “knowingly responsible” for the pandemic.

The pandemic could have been “stopped at the source” by China, President Trump told a White House briefing on Monday, before suggesting the US may seek damages.

Before adding: “We haven’t determined the final amount yet. It’s very substantial.”

More than 3 million people have tested positive for the coronavirus around the world and some 209,000 have been killed – a quarter of them in the US.

But the 3-million figure probably reflects only a fraction of the actual number of infections, as many countries are only testing the most serious cases.