Nonpartisan analysts say Senate Republicans could lose their majority, which might pressure McConnell to act. 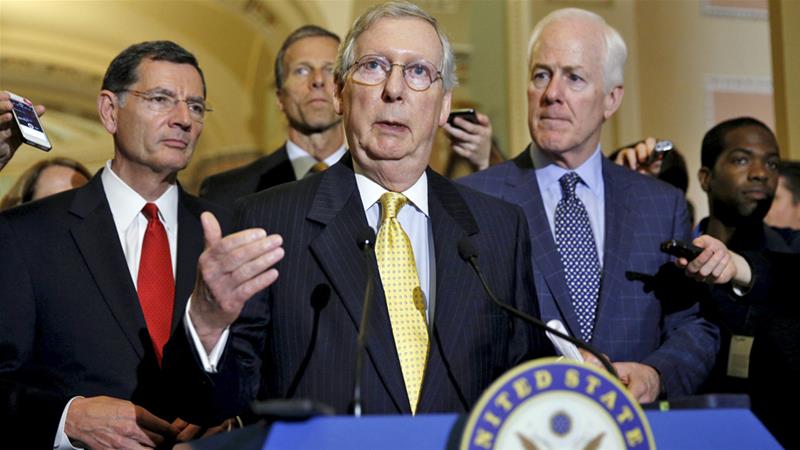 Senate Majority Leader Mitch McConnell has said the United States economy needs an “additional boost” to cope with the fallout of the coronavirus pandemic, as his Democratic counterparts and White House officials try to hash out a next wave of relief.

As talks neared the end of their second week, the four principal negotiators – a group that does not include McConnell – appeared to be near agreement on some topics, but still trillions of dollars apart on major issues, including the size of a federal benefit for tens of millions of unemployed workers.

McConnell said he agreed with Federal Reserve Chairman Jerome Powell and Treasury Secretary Steven Mnuchin that agreement is needed on another aid package, even though some of his fellow Republicans in the Senate do not think so.

House Speaker Nancy Pelosi, appearing just after McConnell on CNBC, said there would be an agreement.

But she said she agreed that President Donald Trump should use executive powers to extend a moratorium on evictions for renters that was in a previous aid package but expired in late July. “I hope that he does,” she said.

Coronavirus aid needs to be focused on the disenfranchised and those who need it most, Pelosi told CNBC. Asked why Republicans as well as Democrats cannot agree with that, she said: “Perhaps you mistook them [Republicans] for somebody who gives a damn.”

Mnuchin was due to join fellow Republican Mark Meadows, the White House chief of staff, and the two top congressional Democrats, Pelosi and Senate Democratic leader Chuck Schumer, for talks on Capitol Hill at 21:00 GMT.

McConnell continued to insist that unemployment benefits in any deal should be adjusted downward and that the agreement should include liability protection against lawsuits for reopening businesses during the pandemic. He said he was not being left out of the discussion because administration officials are reporting back to him.

Others not in the negotiation room considered their own actions, as Republican senators said they had been told that no deal by Friday would mean no deal at all.

Trump stood ready to use executive orders to address issues such as unemployment benefits and protections against evictions if talks failed, according to Meadows.

Republican Senator Marco Rubio told reporters that the Senate on Thursday could also take up a new version of the Payroll Protection Program that provides financial assistance to small businesses in the form of forgivable loans. 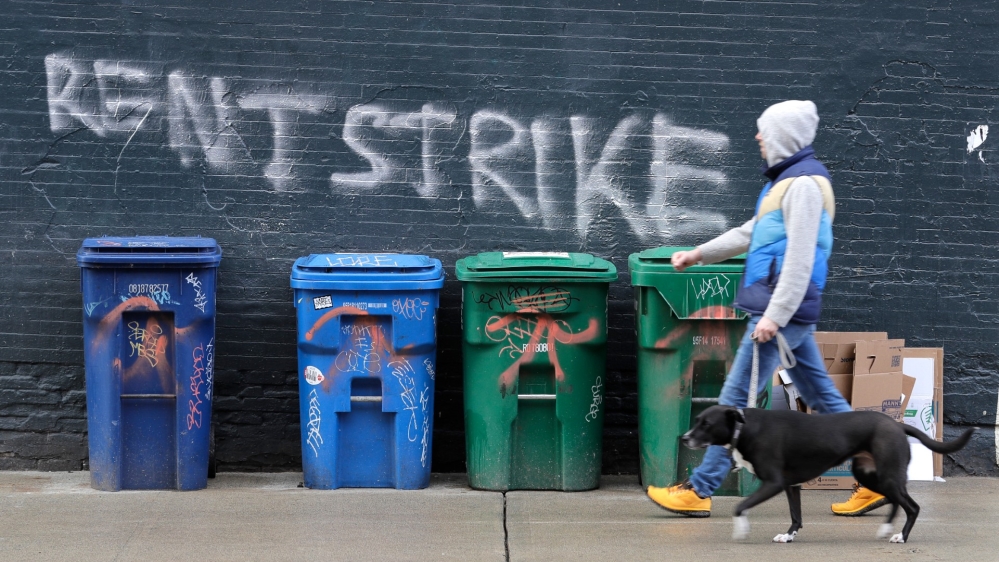 Congress passed more than $3 trillion in relief legislation early in the pandemic. But lawmakers missed a deadline last week to extend the $600 per week in enhanced unemployment payments that played a key role in propping up the economy.

Pelosi and Schumer have pushed for a comprehensive package of assistance for the unemployed, the poor, hospitals, schools and state and local governments. Pelosi has been consistent in her demands to keep the $600 benefit.

Republicans offered to extend the benefit into December and cut it to $400, according to aides confirming leaks reported in Politico.

Mnuchin has warned that the Trump administration would not accept “anything close” to the $3.4 trillion in new aid sought by Democrats. Senate Republicans have proposed a $1 trillion package that many of their own members have rejected.