BOGOTA (Reuters) – A large crowd of Venezuelan migrants held up traffic on a Bogota highway on Wednesday, demanding to be allowed to leave Colombia and return to Venezuela, as Colombia’s coronavirus lockdown has crippled their ability to earn to living. 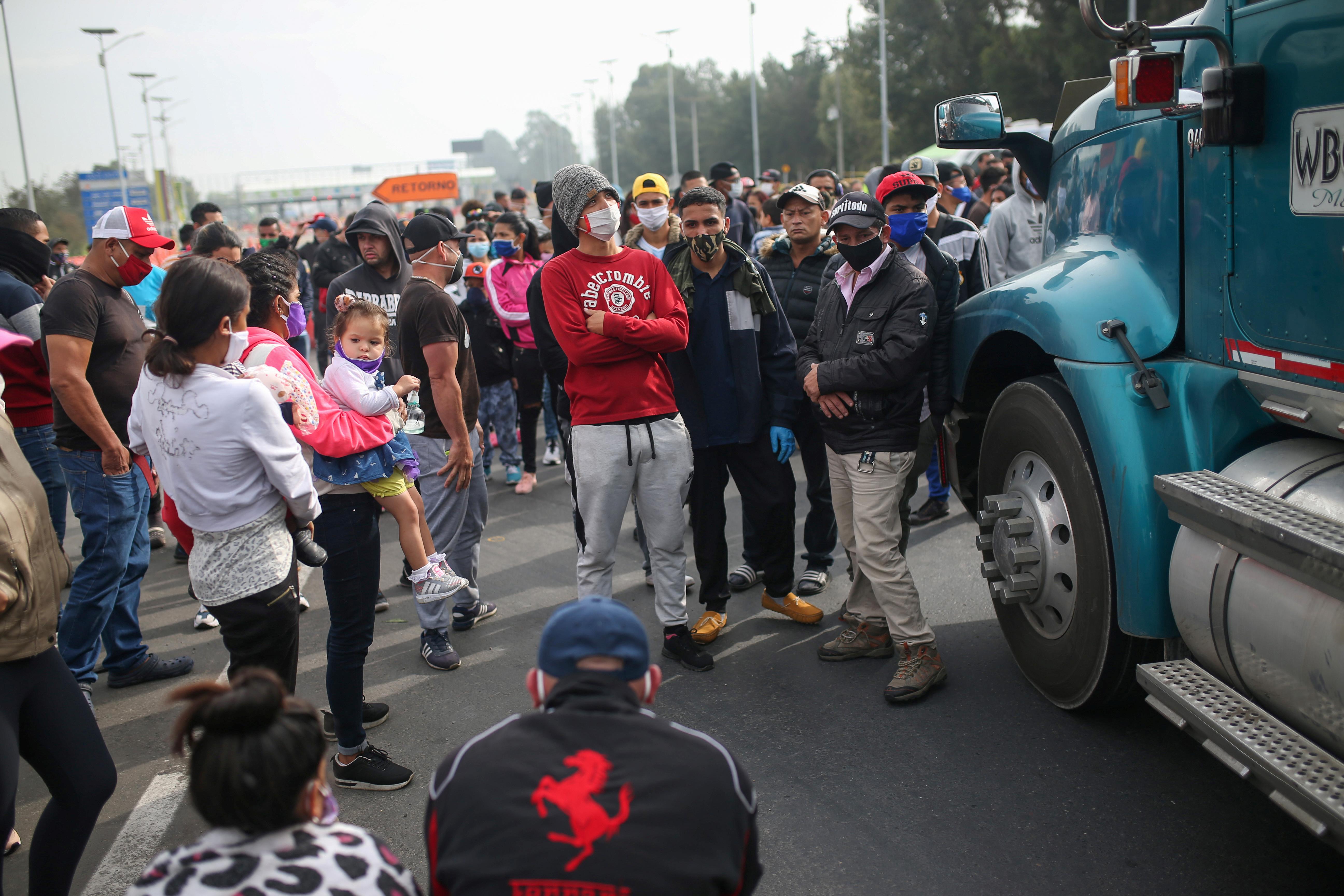 Some 500 migrants and a dozen buses were stranded near the toll booths that mark the northern border of Bogota, the Colombian capital, as migration authorities limited transport amid passage restrictions at the border.

There has been a mass movement of thousands of Venezuelans back to their economically devastated country since Colombia imposed a nationwide lockdown last month.

Venezuela has said 600 people are allowed to cross the border each day, to allow for testing and organizing of quarantines. Colombia’s migration agency says Venezuela limits entrances to 300 per day.

“There are children here and we have no food to give them, we have no water, no resources, nor anywhere to stay. We are living on the street,” Jesus Bolivar, 34, a Venezuelan doctor who has been in Colombia for over a year, told Reuters Wednesday morning.

A migration agency spokesman said on Wednesday evening an agreement had been reached to allow some buses to head to the border on Thursday and others on Friday.

Special procedures have been put in place for Venezuelans wanting to return home, the agency said in a statement, as it called for migrants to coordinate travel with local authorities.

Crossings “are subject to the daily availability Venezuela has to receive its citizens,” the agency said.

Buses that have begun transport without authorization will be halted until there is space at the border, the statement said. Passengers will be subject to sanctions that could prevent their re-entry to Colombia or block them from certain visas.

Colombia’s lockdown, now in its sixth week, has decimated the informal economy in which many migrants work, plunging them deeper into poverty and triggering a reversal in migration flows.

About 1.8 million Venezuelan migrants live in Colombia. Around 14,000 have now returned home.

Weary from travel, the migrants – including the elderly, some with diabetes and pregnant women – worried over the delays.

“We’re in a bad way,” said Dubraska Dubian, 26, who was trying to return to Venezuela with her husband and their three daughters.

“How are we going to manage until Friday? We can’t even wash our hands. We’re sleeping in the buses, we don’t have food,” Dubian said. “They have to let us leave.”

Bolivar, the Venezuelan doctor, agreed: “What we want is to travel, to go back to our country.”