Fejzulai was among 90 Austrian radicals known to security services before Monday’s attack.

He was kept on a watch list after being arrested at an IS safe house on the Turkish-Syrian border.

His trial heard last year that he was led astray when he attended the “wrong mosque”, but had since turned his back on extremism.

Fejzulai was jailed for 22 months but was released in December after being ruled out as a threat. But shortly before Monday’s attack, a picture of him posing with an AK-47 assault rifle, a handgun and a machete was posted online.

A caption below pledged his allegiance to IS leader Abu Ibrahim al-Hashimi al-Quraishi.

Austria’s interior minister Karl Nehammer said: “Despite all the outward signs that he was integrating into society, the assailant apparently did exactly the opposite.” 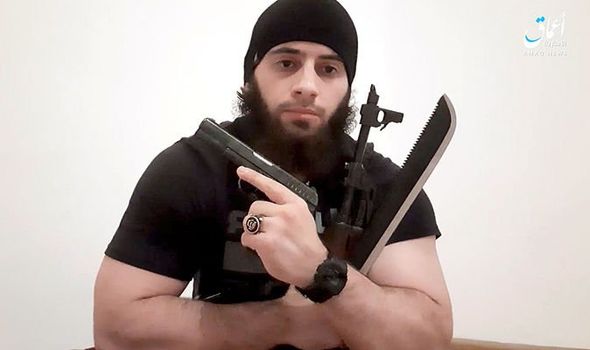 The bloodbath, which claimed the lives of two men and two women, happened as people enjoyed the last night before a Covid lockdown.

Fejzulai wore a fake suicide belt as he roamed Vienna’s historic central area in white overalls, wounding a further 23 people, including a policeman. He appeared to strike at six locations, including the Wiener Staatsoper opera house and near a synagogue.

One of the dead was a waitress working at a well-known restaurant and a man who was killed near the city’s meat market. Police arrested 14 people yesterday as they searched
18 addresses in the area. 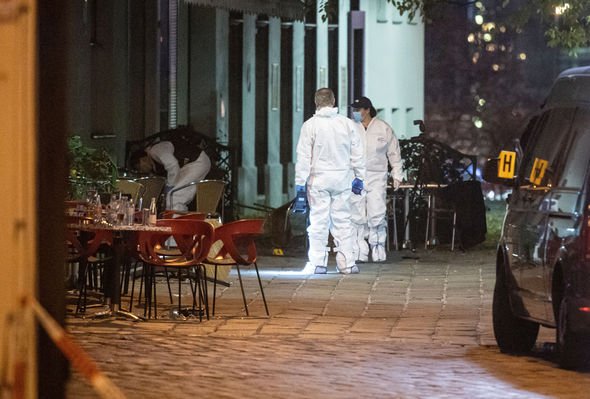 Chancellor Sebastian Kurz said: “This is not a conflict between Christians and Muslims or between Austrians and migrants.

The Vienna attack came four days after a Tunisian terrorist beheaded a woman, stabbed another and slit a man’s throat at the Notre-Dame Basilica in Nice, France.

Last month history teacher Samuel Paty was decapitated by an 18-year-old Chechnyan in Paris for showing his pupils cartoons of the Prophet Muhammad.