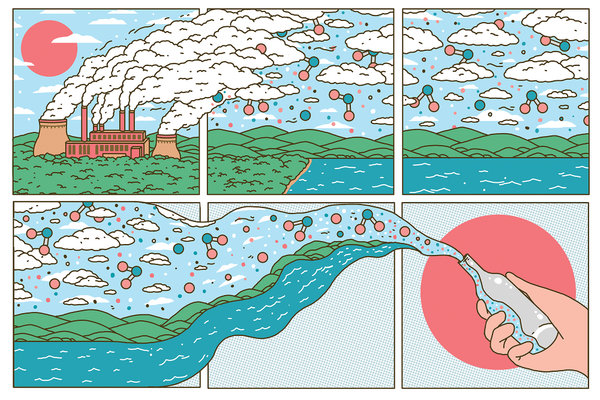 In 2017, Stafford Sheehan handed a friend an unusual bottle of booze. He had made it himself — but not the usual way. A chemical physicist, Dr. Sheehan had invented a process to make alcohol from carbon dioxide, the greenhouse gas associated with climate change, not cocktail hour.

“I said, ‘Hold on, you made this from carbon dioxide?’” recalled his friend, Gregory Constantine, who worked in marketing for Smirnoff. Now the two are in the vodka business, using Dr. Sheehan’s technology and marketing it as a way to fight global warming.

Their company, Air Co., was one of 10 finalists for a pair of $7.5 million prizes to be awarded this year to the teams that can devise the most profitable use for carbon dioxide, which causes global warming by trapping the sun’s heat when released into the atmosphere by power plants, cars and industry. The five-year competition, the Carbon X-Prize, was designed to create a financial incentive to capture carbon dioxide and use it profitably, instead of releasing it.

However, just as the Brooklyn vodka makers — along with the nine other finalists from as far afield as Nova Scotia (stronger concrete), India (an ingredient in pharmaceuticals) and China (a plastics replacement) — were approaching the finish line, the competition has been delayed by the coronavirus crisis.

“There’s a lot of upheaval,” said Marcius Extavour, a Canadian physicist who leads the energy team for the X-Prize Foundation, which in the past has offered multimillion-dollar awards for everything from building reusable manned spaceships to creating water from air. “We’re still rolling with the punches.”

The unusual contest offers a reminder that even as the world focuses on the coronavirus, slower-moving crises like climate change continue to fester, Dr. Extavour said. The past decade was the warmest ever, and polar ice caps are melting six times faster than in the 1990s.