Two Russian Tigr-M IMVs were hit by Ukrainian forces towards the East of the country. A number of Russian servicemen can be seen in and around the two Russian armoured vehicles. The armoured vehicles were not camouflaged, but out in the open making them an easy target to spot when Ukraine’s armed forces used top-of-the-range military drones. Ukraine’s armed forces have been upping the ante and striking back against the Russian onslaught.

The video shows a Ukrainian drone zooming in and out on the Russian target, two Russian Tigr-M IMVs.

The footage shows up to three Russian soldiers in and around the two armoured vehicles.

Ukrainian forces then strike the first vehicle with heavy artillery, which caused a plume of smoke to erupt from the tanks.

Over Russian servicemen begin to rush out of the target vehicle, which is quickly becoming engulfed in flames. 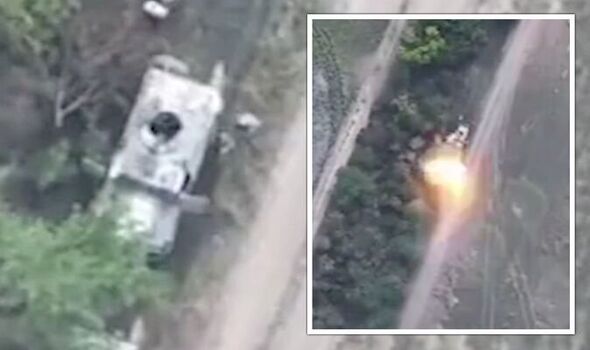 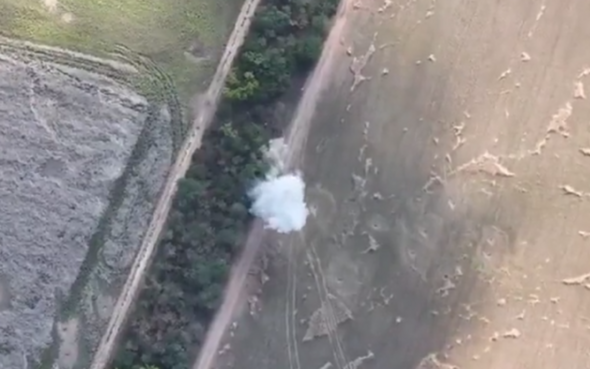 Users on social media have been reacting to the clip.

One user @Gatitosiniestro said: “why always zoom out then zoom in back in a few moments after the shot… won’t it be more clear if stay zoomed in for a while?”

@SmartLoser said: “What Kind of ammunition was It? Artillerie, ATGM? I missed the second shot on the other Tigr.”

@Rossin2 said; “Six months in and the basics of camouflage taught to British soldiers on their basic training are still ignored by Russians yet I can still remember them 50 years later.”

@AertgeertsSam said: “Looks like a direct hit to the one in front, I’d say it’s safe to say that one is going to need some repairs.”

@Krfknut said: “The front one is disabled for sure.”

@SamFisher10k said: “Nice shot. Those are tough little trucks. It wouldn’t surprise me if Ukraine recovers and repairs then for use against the orcs.”

@NbHamilt said: “strikes me that these things are more resilient than most Russian tanks.”

@FlippinCoin said: “The #Russian thug who ended up on the ground must reassess if it was worth the $3000/mo payout from #Putin so that he could end horizontally instead of carrying out genocidal Putin’s vanity war. It was his choice to go or not, as it was for the others who lost their hearing.”

Heard it before! Meghan Markle podcast listeners SWITCH OFF as they ‘yawn’ at story [SPOTLIGHT] 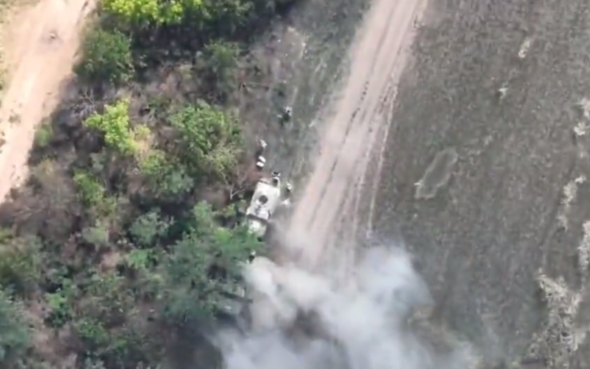