Weather monitoring website Severe Weather Europe warn “extreme heat” will be barrelling into the continent this week, according to the latest charts. France could hit 38 to 42C in many areas while Benelux is expected to peak around 36 to 37C. The UK is forecast to reach 31 to 33C highs, making Friday July 31 the hottest day of the year so far.

Weather maps from WXCHARTS show warmer temperatures will sweep across the majority of Europe, mostly towards the south, on Thursday July 30.

Moving into Friday July 31, the orange areas intensify into red as the temperatures increase.

The extreme heat also appears to extend into the northern parts of the continent too. 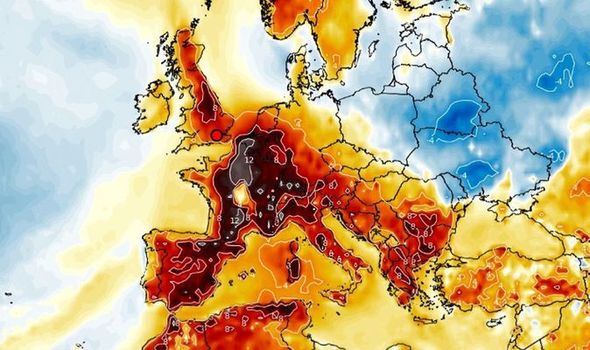 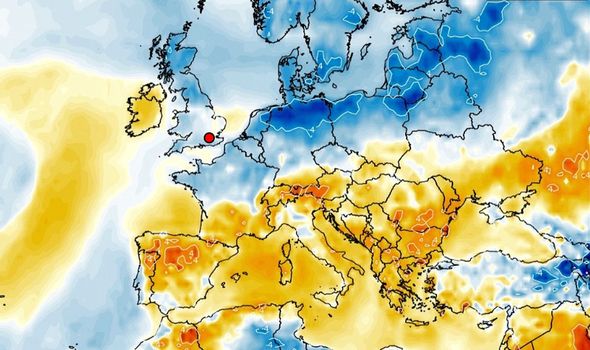 Severe Weather warned the hot weather will be building with a surface high-pressure system.

This will bring much warmer air mass with southerly winds from France.

The highest temperatures will likely be reached in central France.

The chart suggests the peak could push above 40C on July 31. 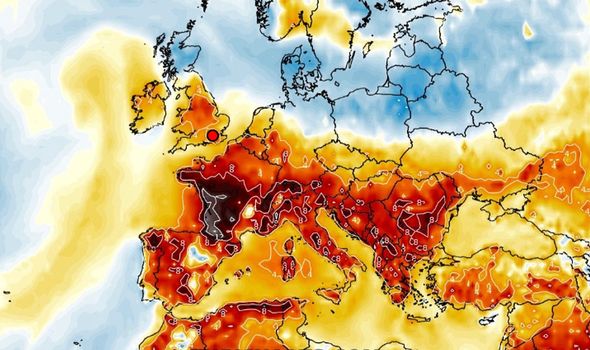 The southeast of the UK will peak around 34C locally.

Meanwhile in the Midlands and northern England, temperatures will nearly reach 30C.

Scotland won’t experience the same heatwave, only reaching around the mid-20s. 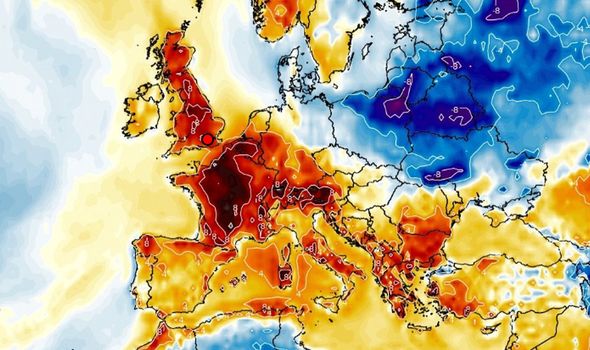 Potentially the extreme southeast of Portugal will also be subjected to the same.

However, the heatwave will be short-lived as cooler conditions will return late Saturday and Sunday.

This will be spread from the Atlantic, according to Severe Weather.

The cooler conditions could even extend into next week.