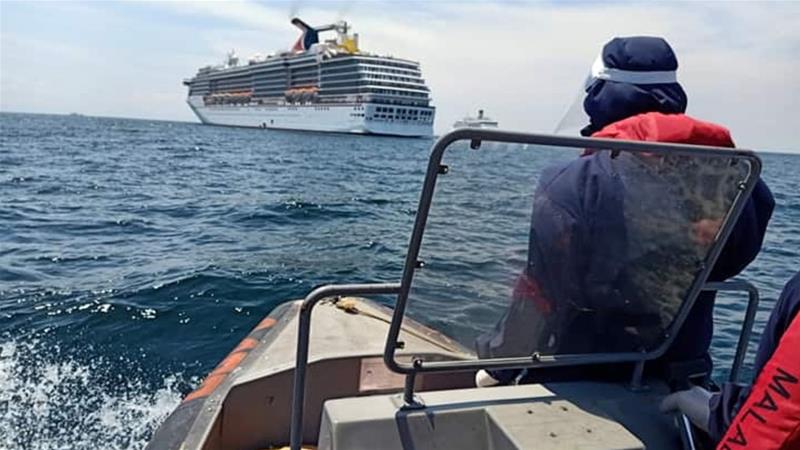 For 38 days, Gladys Mae watched with relief and a little dread as her fellow crew members were allowed to disembark from their cruise ship anchored in Manila Bay.

“I was happy that they could go home to their families, but what about us – when would be allowed to leave?” said Gladys Mae, who is one of more than 200 crew members aboard one of the 23 vessels currently in the bay.

Their ship sailed from Australia to Manila on April 24 and the crew was made to quarantine on board as they waited for their COVID-19 test results to be released.

Only a negative test result would get them the quarantine certification that would enable them to disembark and return to their homes across the Philippines.

“Some of the ships had a predominantly Filipino crew. We could not deny our citizens their right to come back home,” Captain Armando Balilo, spokesperson of the Philippine Coast Guard (PCG).

As worldwide travel restrictions imposed to curb the spread of COVID-19 forced cruise ships to cease operations, shipping lines scrambled to repatriate their thousands of crew.

The Philippines allowed some cruise ships to anchor at the Manila Bay as a way to facilitate the return of its nationals, who make up about a third of the industry’s global seagoing crew.

But the repatriation en masse of other Filipino workers from all over the world caught the government off-guard, and resources crumbled under the weight of testing tens of thousands of returnees.

More than 8,000 Filipino seafarers aboard the cruise ships were tested for COVID-19, but crew members like Gladys Mae were caught in a disarray of encoding errors, misplaced test results and a shortage of test kits resulting in prolonged periods of quarantine. 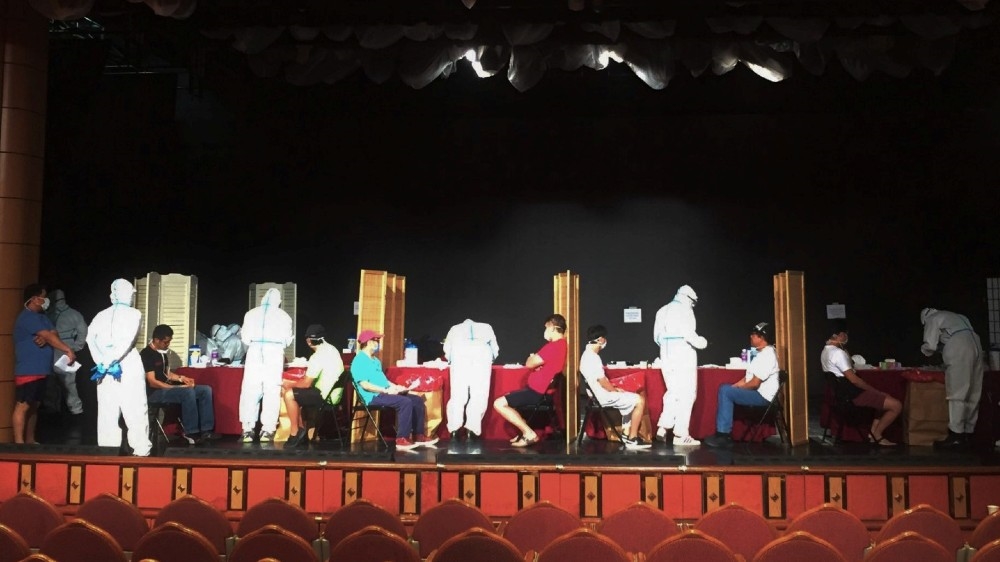 Each time crew members were allowed to go home, Gladys Mae found herself becoming more anxious. “Why were some results released and others not? I was beginning to imagine the worst,” she said, comparing the agony of waiting to a dreary elimination process.

“Being isolated in a small cabin, counting minutes and hours before you are released from quarantine compounds the mental anguish brought by this pandemic,” said Don Eliseo Lucero-Prisno, a researcher at the Seafarers International Research Centre at Cardiff University in the UK, and an expert on the mental health of seafarers.

Gladys Mae and the other crew members had access to the internet and were in constant communication with their families, but Lucerno-Prisno says that is not enough for people caught in such difficult circumstances.

“Emergency situations heighten the need for an emotional support system,” he said. “Though there is comfort in being able to talk to their families, it is not the same as safely being with them.”

After a directive from President Rodrigo Duterte to hasten the release of returning migrant workers from quarantine, Gladys Mae and the 23 remaining Filipino crew on her ship were billeted in a Manila hotel where they were tested for the virus again. It was unclear what happened to the results of their first test.

“It’s hard to avoid getting depressed. All this waiting isn’t good for our mental health,” said Gladys Mae.

After more than 40 days of quarantine, Gladys got her test results on Thursday and clearance to return to her province in Mindanao, southern Philippines. Her journey will not end there – she will have to undergo quarantine again in a provincial government facility before she can go home.

King Jeromnh Ilagan, a 29-year-old chef, has been in quarantine since April 7 and is frustrated at having to wait so long. “The authorities told me they lost my specimen, then they said my name was mixed up with someone else’s. Now they said I’m asymptomatic. I’ve been here for almost 60 days. If they don’t fix this by tomorrow, I’m going to run away from here.”

Seafarer remittances totalled about $6.1bn to the Philippines in 2018, but with no clear indication of when the shipping industry – particularly leisure cruises – can resume operations, the country risks the loss of a major economic pillar and mass unemployment among the more than 370,000 Filipinos who may no longer have a job to return to.

Mark, a 36-year-old IT worker,  endured weeks of quarantine when his ship docked in Manila from Singapore in April. Now that he is home with his two kids and his wife, who is pregnant with their third child, he is faced with uncertainty, but he is hopeful his four years of experience will be enough to secure him an alternative source of livelihood.

“Realistically, there will be no work for us for at least a year. My immediate concern is to survive. I worry about the other crew members, like the food servers and entertainers. What kind of jobs will be available for them in this new world?” he said, requesting that only his first name be used.

Labour rights advocates are also concerned about the impact on unemployment.

“If the COVID-19 crisis drags on, we can see more job cuts among migrant workers.  By the end of the year, we may see as many as one million workers returning,” said Laorence Castillo, senior advocacy officer of Migrante International. 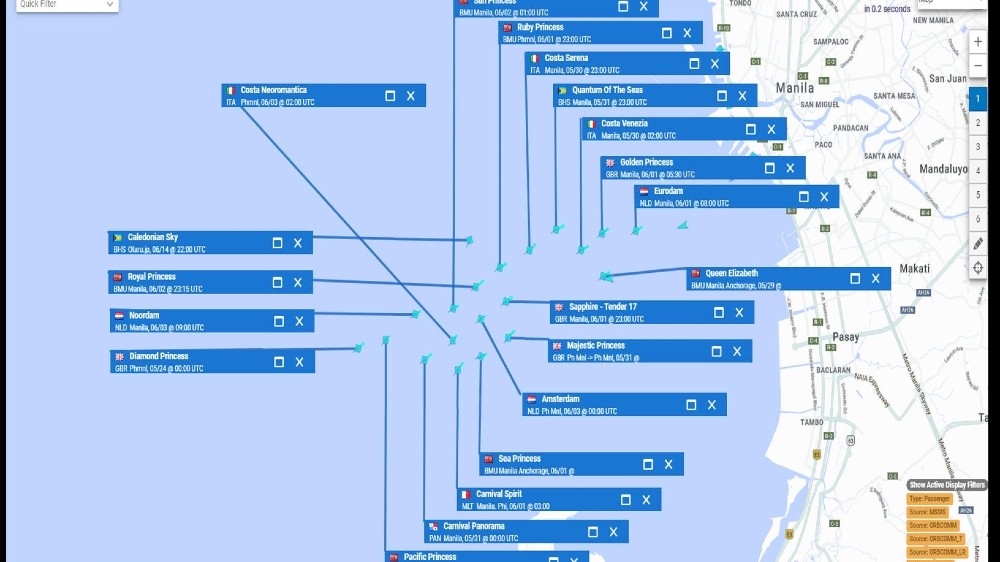 Castillo also pointed out that there are also an estimated 30,000 seafarers who were prevented from leaving the country at the last minute as docks and borders closed.

“They are overlooked by the government and abandoned by their recruitment and manning agencies on the technicality that their contracts are in force only when they get on board a ship.”

Edwin dela Cruz, president of the International Seafarers Action Center, an advocacy group for seafarer rights, criticised the government’s inaction and efforts to downplay the COVID-19 threat, despite the cruise industry risk becoming clear as early as February with the cases on board the quarantined Diamond Princess.

“The government could have used that time to prepare and prevent this anarchy in dealing with our returning seafarers,” said dela Cruz.

“In March when the world started closing its borders, our seafarers were forced to return and now the situation is out of control.  Clear guidelines on effective isolation, quarantine and testing could have prevented this and lessened the discrimination against returning workers,” he added.

The authorities say that with some 90,000 people expected to return in the next two months they are making improvements.

“It’s a lot but we’re preparing to simplify the process so they can all be tested quickly,” said Richard Gordon, the president of the Philippine Red Cross.

Conrad Bancaya is another cruise worker caught in the bureaucratic chaos. The 40-year-old and his crew disembarked from their ship in Manila towards the end of March and immediately went into quarantine in a hotel.

Around this time, the government was refining its guidelines for expanded testing, procuring more test kits and setting up additional testing labs.

It was not until May 12 that Bancaya was tested. He got his results five days later, but had to wait for more than a week for the government to organise the journey back to his home province in the central Philippines. Since he arrived there on May 25, he has been staying in a government quarantine facility waiting for the results of yet another test.

“I understand how hard it is for the authorities to deal with all of this. I’m trying to be patient and optimistic. I can’t let self-pity set in.” 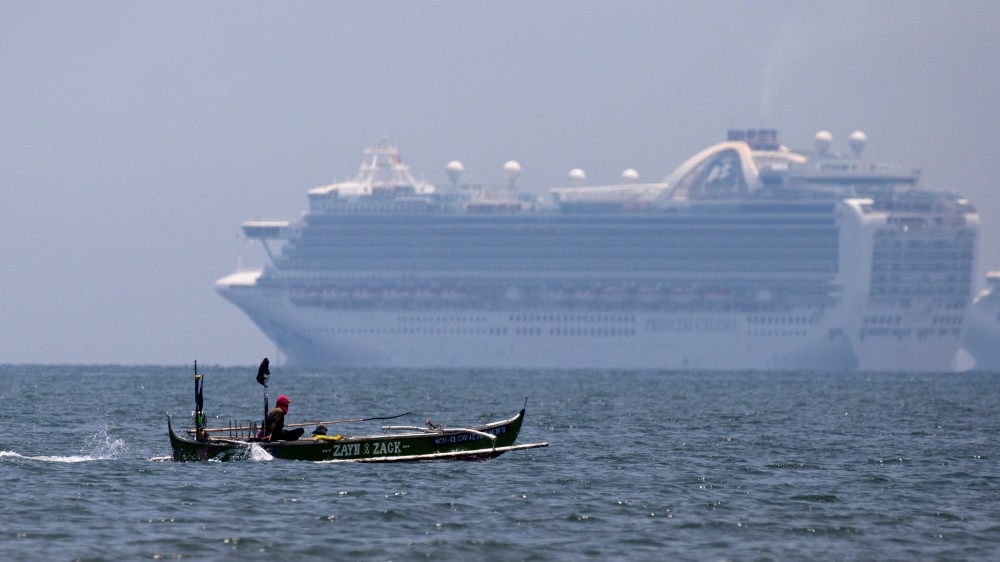 For now, Bancaya is counting the days to June 8 when his test results should be released and he can be reunited with his wife and 10-year-old child.

“I always talk to them and the little one keeps asking when Papa is coming home. Now, I can say ‘soon’ and finally mean it.”