The UK’s heatwave appears to have passed, with temperatures starting to descend across the UK. Most people can now enjoy comfortable low 20C highs but could soon see 30C again. Cornwall is experiencing below-average rainfall that could endanger vital food production centres, with rain now long overdue.

When will it rain in Cornwall?

Cornwall is among the hottest parts of the country and includes tracts of essential farmland.

Met Office figures show that, over July, the area should expect up to 10.60 days of rainfall or 71 millimetres, an average it did not meet in 2022.

The Newquay Weather Station has only recorded 6.8mm of rain this year, meaning the local area is in desperate need of rain. 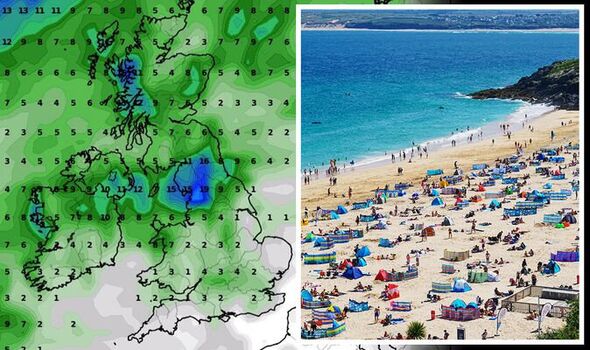 Inadequate rainfall will damage the local environment and force farmers to use irrigation that places strain on Cornwall’s reservoirs.

While rain is on the cards for the next week, the coming showers will miss much of southwest England.

According to forecasters with WXCharts, the next occasion for rain in Cornwall is a brief spell due this weekend.

The county’s northwest coast at Bude will see a shower moving west from Devon briefly graze the area over three hours between 6am to 9am on Sunday, July 31. 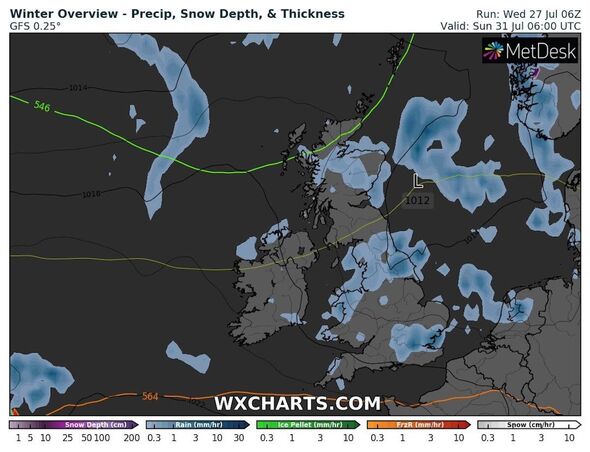 The charts show that rainfall totals will accumulate at around 0.3mm, nowhere near enough the area requires.

After then, WXCharts shows another shower passing over the southern coast near Looe after skimming Plymouth.

The first few days of August are more distant along the forecast, but so far, maps do not show rain up until August 12.

A prolonged lack of rain may persuade local authorities and water companies to impose a hosepipe ban. 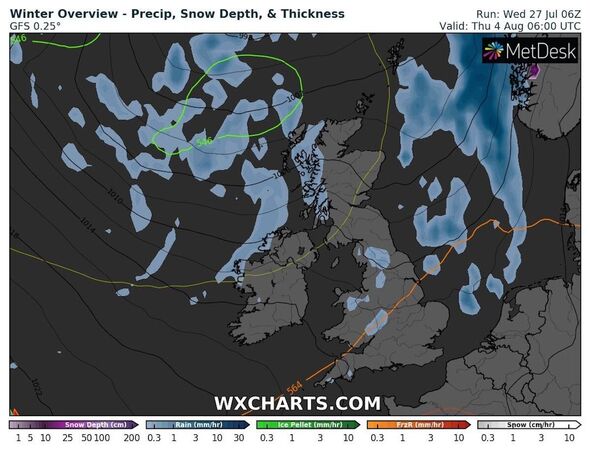 Most of England is experiencing “prolonged dry weather” the Environment Agency said on Tuesday after its National Drought Group (NDG) convened.

The NDG advised people to try and reduce their water consumption and added that it had started drought preparations in parts of England.

Cornwall residents have received warnings like this recently, as authorities previously told them to preserve water for tourists.

The firm asked people in the West Country counties to preserve water as they anticipated tourists to flock southwest for summer.

Locals were told to save up to five litres of water per day to keep local reservoirs full.

SWW advised people to cut down on their shower time while demand remained “higher than normal”.

Dry weather has persisted since then, and SWW’s total reservoir storage is only just above half capacity at 55.7 percent.