DAKAR (Reuters) – A few weeks before military officers overthrew Mali’s government in a bloodless coup, a series of meetings in the remote centre of the country underscored how much the state’s grip on power had loosened. 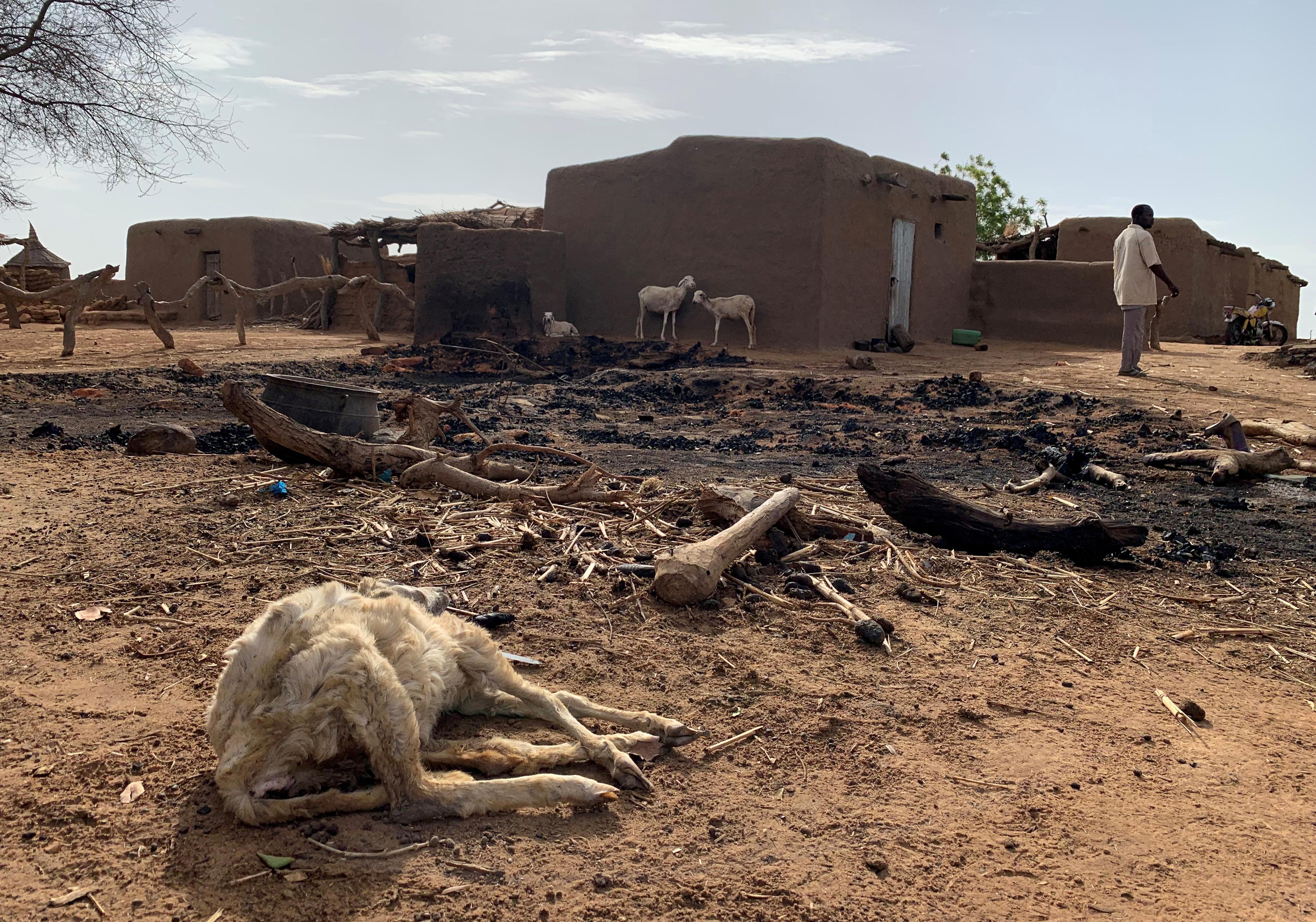 Video of one gathering in the rural commune of Sangha shows leaders from the rival Dogon and Fulani communities, whose militias have slaughtered hundreds of civilians in tit-for-tat attacks this year, sitting down together and making peace.

Also surprising were the mediators: fighters from al Qaeda’s Mali affiliate, who can be seen squatting in the shade with rifles and ammunition belts, many of their faces obscured by turbans and dark sunglasses.

Until recently, members of the al Qaeda-linked Jama’a Nusrat ul-Islam wa al-Muslimin (JNIM) – Mali’s most powerful militant group – had sided with the semi-nomadic Fulani herdsmen when they clashed with the Dogon people over land and resources.

But flush with new recruits and weapons captured from overwhelmed state forces, the jihadists have turned to mediation in a bid to further entrench their local control, said Idrissa Sankare, a former member of parliament from the area.

“They want to have a territorial presence,” he said. “If the population is with them, they won’t denounce them to the army.”

In the sparsely populated, semi-arid lands northeast of the capital Bamako plagued by violence and insecurity, some local people welcome the intervention, which began in July.

Whether it is enough to end ethnic bloodshed altogether remains to be seen.

Dozens of attacks by Dogon and Fulani militias killed more than 350 people in the first half of the year, and attacks by Islamist extremists killed dozens more, the United Nations’ human rights office in Mali said this month.

It is the kind of violence that former colonial power France wanted to squash when its military intervened in northern Mali in 2013. Since then al Qaeda-linked fighters have expanded into central Mali and neighbouring Niger and Burkina Faso.

Mali’s army has been pulling out of some hotspots – part of what commanders describe as a new “operational posture” in the face of Islamist attacks – and civil administrators lack the resources to provide basic services, two officials from the central Mali region of Mopti said.

After a previous coup in 2012, al Qaeda-linked insurgents took advantage of a power vacuum to seize Mali’s desert north and start advancing on the capital Bamako.

There were no state representatives at the July 27 talks in Sangha, said a local official, who spoke on condition of anonymity for safety reasons. The official verified the authenticity of the video, which Reuters has seen.

In it, a village leader warmly welcomes Dogon farmers and Fulani herders, even though their longstanding rivalry over land and resources has escalated dramatically in recent years, fuelled by what the United Nations says is deliberate incitement by Islamist militants aimed at boosting recruitment.

“I salute you and ask God to bless this meeting,” says the leader, a Dogon, drawing his hands together as he sits in the dirt opposite the militants.

“The people of Sangha have called for reconciliation in the name of our blood bonds so that we can find peace again.”

JNIM has not publicly commented on the meetings and any role in reconciling rival ethnic groups.

Spokesmen for the presidency and the army did not respond to requests for comment on the jihadists’ recent intervention in rural Mali before the military takeover.

A spokesman for the new junta said officers were not immediately available to answer questions about them.

The meeting last month was one of several that al Qaeda-linked fighters have organised since late July in Mopti, leading to deals between rival groups that have allowed people from dozens of villages to return to fields and markets without fear of attack, four local officials told Reuters.

The militants’ role is a reminder that, in spite of the French-backed military campaign that initially inflicted heavy casualties on groups linked to al Qaeda and Islamic State, their influence is growing.

“People are tired. There’s no state,” said the official who had knowledge of the Sangha meeting. “I prefer a bad negotiation, a bad agreement, over heading to our deaths.”

Informal talks between community leaders and JNIM about exploring the idea of reconciling warring clans began several months ago, the local officials said.

The militants told villagers their problem was with the government, not civilians, according to the officials. Feeling defenceless, villagers embraced the peace offering.

Videos from Sangha and other meetings – some mediated by the jihadists, others not – show Fulani and Dogon men shaking hands, laughing and praying together. Local officials confirmed the authenticity of the videos.

“Everyone is tired of this war,” said Marcelin Guenguere, who was a senior member of the Dogon militia Dan Na Ambassagou before being elected to parliament in April. “We think that dialogue alone is the solution.”

Rida Lyammouri, a senior fellow at the Policy Center for the New South in Morocco, said the jihadists could be looking to bolster their negotiating position after the government said it was prepared to enter talks with JNIM.

He also said JNIM had fought a series of battles with fighters from Islamic State, which also has an affiliate in the region, since last year, reflecting a falling out between two groups that had largely avoided confrontation until then.

Islamic State, which has imposed a brutal interpretation of Sharia in areas it controls, sees JNIM as too moderate, Lyammouri added. 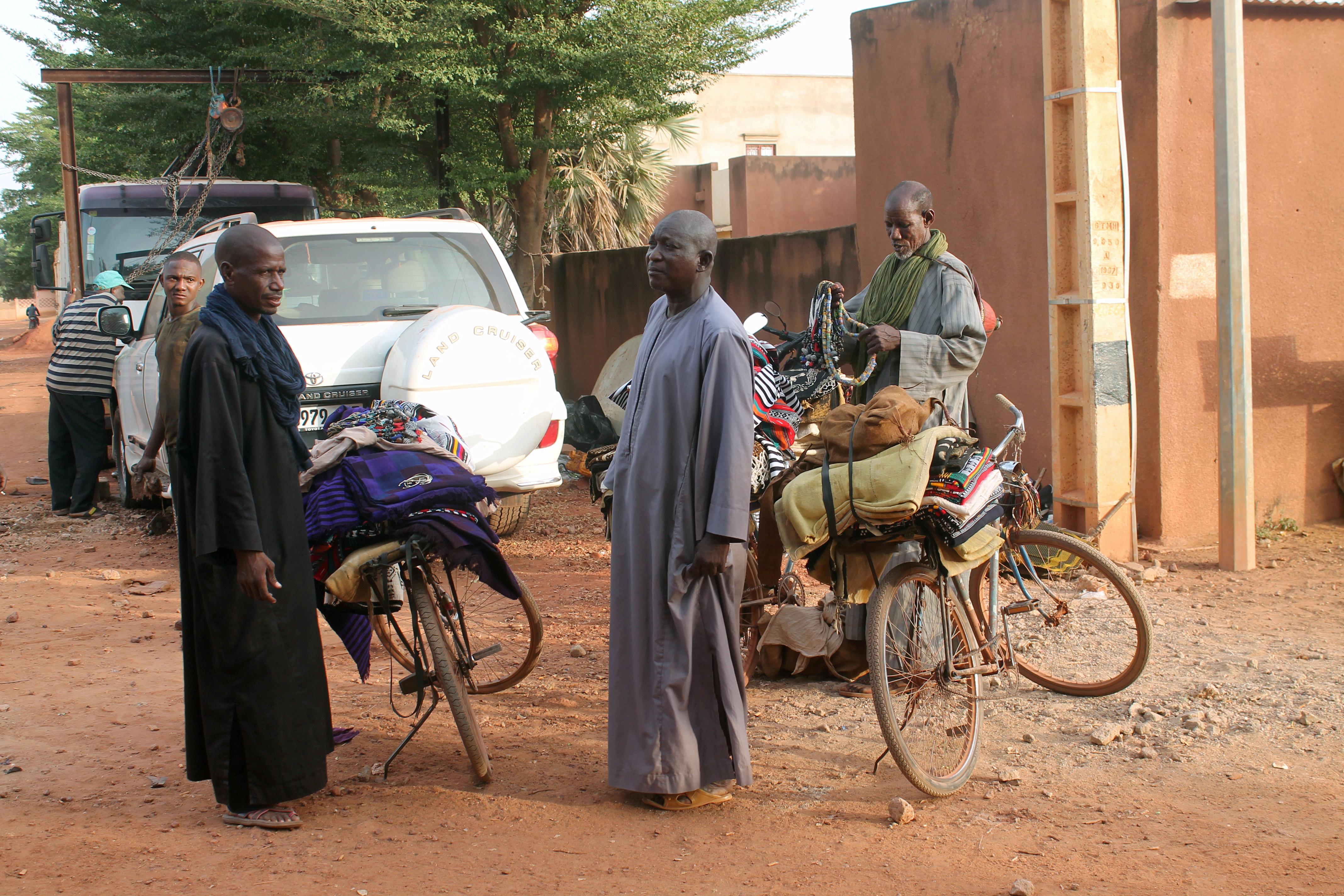 According to local officials, JNIM militants have not imposed the kind of draconian religious justice, such as cutting off the hands of suspected thieves, that gained al Qaeda fighters notoriety during their 2012 occupation of northern Mali.

Sankare, the former member of parliament, said some militants had initially pressured people to stop listening to music and drinking alcohol, but their strategy appeared to have changed.

“It seems they received instructions from their leadership to go preach the Sharia in the mosques and villages without coercion,” he said.