Farmers in several Indian states are protesting against three new bills the government says will open up the tightly-controlled agriculture sector to free-market forces.

The bills, passed by India’s parliament this week, make it easier for farmers to sell their produce directly to private buyers and enter into a contract with private companies. The government hopes private sector investments will stimulate growth.

Part of Prime Minister Narendra Modi’s agricultural reform policy, the laws will also allow traders to stock food items. Hoarding food items for the purpose of making a profit was a criminal offence in India.

The government has left us at the mercy of big corporations.

But Modi has defended the move. “For decades, the Indian farmer was bound by various constraints and bullied by middlemen. The bills passed by Parliament liberate the farmers from such adversities,” he said in a Twitter post.

Under the Agriculture Produce Marketing Committee (APMC) Act passed in 1964, it was compulsory for farmers to sell their produce at government-regulated markets, or mandis, where middlemen helped growers sell harvests to either the state-run company or private players. 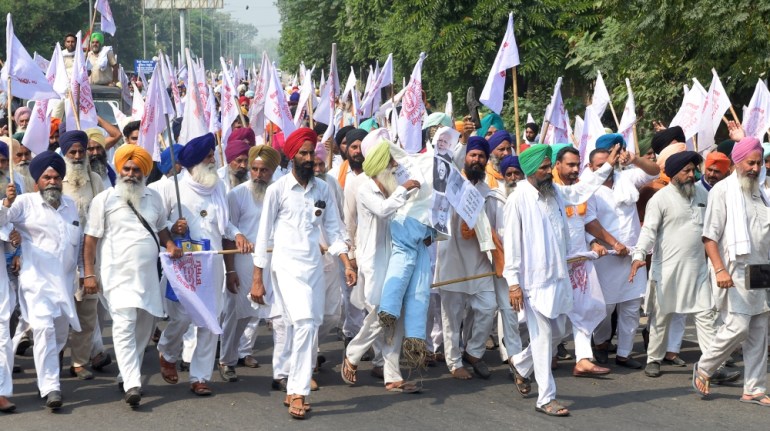 Farmers, particularly in the states of Punjab and Haryana, have protested against the government move [Narinder Nanu/AFP]The new laws give farmers additional choices to sell their produce anywhere in the country, in contrast to the earlier situation where inter-state trade was not allowed.

State governments, which earn an income through transactions at mandis, stand to lose out on tax revenues as trade moves out of state or into the domain of private deals.

The protests have been most intense in northern states of Punjab and Haryana, dubbed India’s grain bowls, where mandis are the main centres of farm trade.

Modi, who won elections on a promise of doubling farm income, has been under pressure to bring private investments to an agriculture sector that has stagnated badly.

For decades, farmers found themselves driven deeper into debt by crop failures and the inability to secure competitive prices for their produce. Finding themselves unable to cope, many have resorted to taking their own lives.

The agriculture sector contributes nearly 15 percent of India’s $2.9 trillion economy but employs about half of the country’s 1.3 billion people.

Al Jazeera spoke to farmers and experts on the issue that has become a hot-button issue in the country.

The government has left us at the mercy of big corporations. It is preposterous to believe that farmers who have small land-holdings will have any bargaining power over private players.

Government officials have said that farmers can sell their produce to whoever they want, whenever they want. How can a small farmer store his produce for months on end? He will not have access to storage facilities. As a result, it is very likely that the produce will be sold at a rate which is unsustainable for the farmer.

The bills further state that farmers can come into an agreement with private companies. Such deals are financially attractive but because there are so many terms and conditions attached, it is difficult for a farmer to cope with them. You become the slave of the company. This fight is not just about economics, but also our right to grow what we want and our self-respect.

Harvinder Singh Lakhowal, 53, member of the Bhartiya Kisan Union, the group spearheading agitation against the bills in Punjab 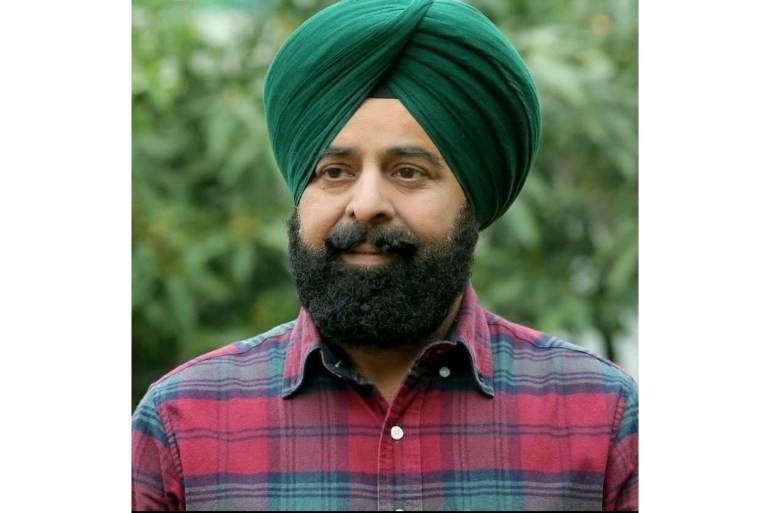 [Photo courtesy: Harvinder Singh Lakhowal]All assurances given by the government regarding the MSP have not been provided to farmers in writing, they are all verbal assurances.

If a farmer gets into a dispute regarding her/his contract with a private company, it will be very difficult for the farmer to have the dispute settled in her/his favour. How can a small farmer face mighty corporations like Reliance, for instance? A farmer is anyways in a difficult position since agriculture is unsustainable, and then to expect that a person will have it in her/him to fight against big companies means they will eventually be driven towards suicide.

It’s quite obvious that the bills are not going to benefit the farmer and that is why they are protesting.

The point is that in a country where 86 percent farmers have a land of the size of less than two hectares, you can’t expect the farmer to carry his produce to far off places to sell.

What we need is assured price for the farmers. If the markets are saying they will provide higher price to farmers, the question is higher price to what. There must be some benchmark. 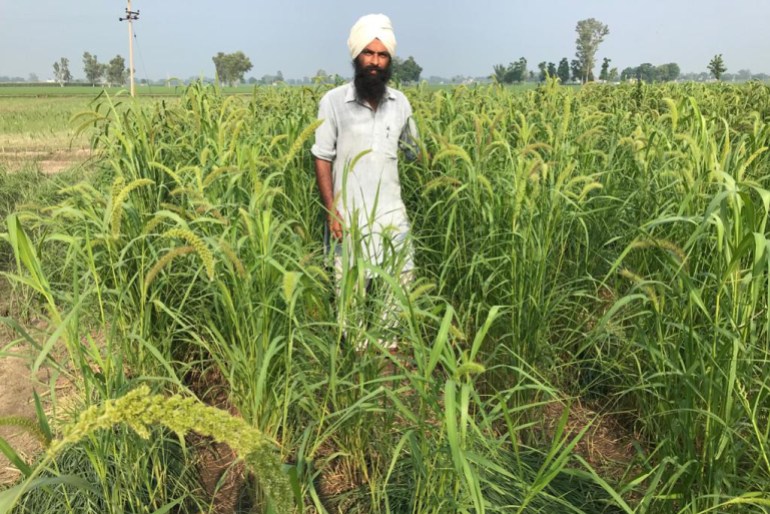 Let’s reform and expand the network of APMC mandis in the country. Provide MSP to farmers and make it legally binding that there will be no trading below the MSP. Only then it is going to realise the Prime Minister’s vision of Sabka Saath Sabka Vikas (together with all, development for all).

Farmers are not foolish. If they would get higher prices for their crops, will they protest on the streets amid coronavirus pandemic?

We are following the American model by bringing corporates into the agriculture.

Kavitha Kuruganti, the Alliance for Sustainable and Holistic Agriculture

The implications of these bills are going to be adverse because farmers actually need protection of their interests in the form of regulations. The government step to de-regulate in the hope that private players will do what the government ought to be doing itself is not going to help farmers.

The overall reading is that there are serious deficiencies in the way the bills have been drafted. Clearly, it’s meant for the agri-business companies and not the farmers. While the government more or less openly says that it’s meant for investors, it obviously has not done enough to ensure that farmers’ interests are not sacrificed.

The bills are not going to hit all the farmers equally. It’s going to help some and hurt others.

Farmers have now the freedom to sell the crops to anyone. Traders can ignore what the state government legislations are and can buy directly from the farmers and build their own connections with farmers and procure, which is actually a good thing in principle.

The problem with the bills is that they are putting the farmers into the hands of the private players without any safeguards and without any regulations or discipline in terms of price setting. There is a lack of regulatory oversight and price-setting body.

The farmers in the states of Punjab and Haryana are worried that these bills are only the beginning of something larger.

What they fear is that the government will eventually dismantle the state procurement system and the MSP transaction which they depend on.