While May can be variable, there’s no doubt the Spring of 2021 has left much to be desired, with widespread rain, hail and even snow in parts. After a long lockdown winter, it’s no surprise people want to know when conditions will improve. And the Met Office said you might not have to wait too long.

Why is it raining so much?

A spokesman for the Met Office told Express.co.uk that, while May has been “pretty unsettled”, no records have yet been broken for rainfall at this time of year.

However, the spokesman said, “we’re above average in rainfall and below average in temperatures at the moment”, and there is a cause.

He said: “Generally speaking, it’s the influence of low pressure, and what’s been allowing that low pressure to influence the UK is the position of the jet stream.” 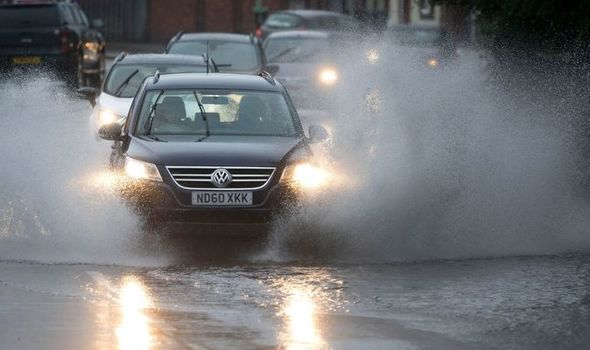 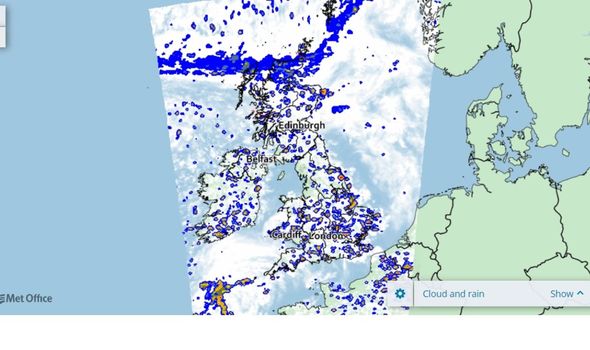 The jet stream is a core of strong winds around five to seven miles above the Earth’s surface, blowing from west to east.

The jet stream causes changes in the wind and pressure, affecting conditions at the Earth’s surface and shaping our weather.

The Met Office spokesman said: “As we go into May we usually start to see the Jetstream move to the north of the UK, either for long periods like we saw last year when we had the sunniest month on record.

“But this year, we’ve had the jet stream fairly well over us or even just to the south, which has enabled the influence of low pressure to come across the Atlantic and influence our weather. 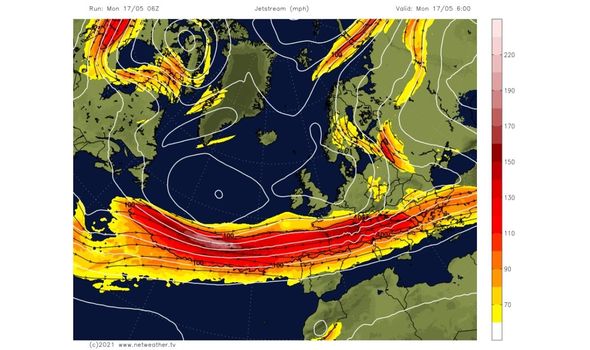 When will things improve?

While the rest of this week and weekend are likely to remain unsettled, there is hope for next week, the Met Office said.

The spokesman told Express.co.uk: “The unsettled conditions are set to continue for the next couple of days with widespread showers across the whole of the UK through Monday and Tuesday, and that’s the same sort of story through Tuesday.

“As we move into Wednesday, the showers move southeast and central parts of the UK, and a bit of a ridge of high pressure comes into parts of the west, so a bit drier in western regions.

“Then really, the change in the weather comes on Thursday this week with an area of low pressure moving in from the west.

“So we’re in for a wet and windy spell of weather on Thursday and into Friday with that low pressure, influencing pretty much the whole of the UK, we’ll be left with a showery set up over the weekend.”

There are sunnier days on the horizon, however.

The spokesman said: “There are some signs by the middle of next week that some higher pressure might start to build from the west, which will help bring some more settled conditions. 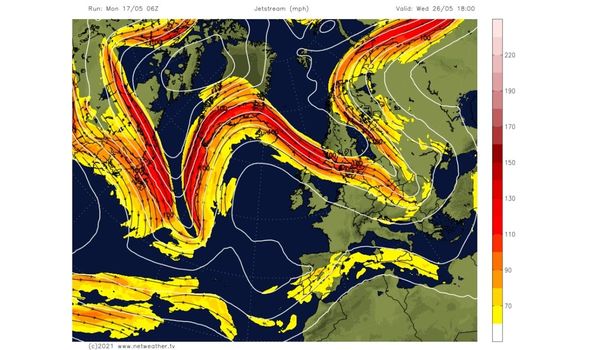 The Met Office long term forecast echoes this, saying there are some indications that conditions may start to turn warmer, with temperatures closer to normal for the time of year.

As we move into June, the forecast remains uncertain, but things could remain slightly unsettled before turning warmer in line with usual summer conditions.

Cool nights are still forecast into mid-June, however, as the great British summer continues evading us all.