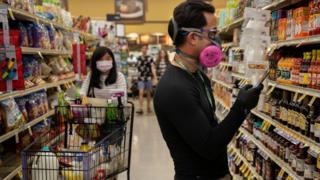 When cleaner José Zaragoza finished his job at a home, he was surprised to find he’d received a $100 tip on Venmo.

“I was like ‘hey you made a mistake’ – you sent an extra zero,” but the customer told him he’d given him a large tip “to help you and your family in these tough times.”

Mr Zaragoza’s business has dropped dramatically since the coronavirus pandemic hit the US. Right now, he has only had one cleaning job a day, and needs to take extra precautions including wearing a full body coverall, a mask and gloves, and washing every piece of his cleaning equipment before starting a job.

He’s noticed his regular customers are tipping him more – something he’s grateful for. “Many people tip me the equivalent of an extra hour’s work because they know I don’t have a lot of jobs,” he says, adding that the tips have helped him pay the rent.

There’ve been similar reports of generous tipping – sometimes extremely generous – across the US, as states start to re-open.

In Austin, Texas, one restaurant reopened on 30 April – and found a customer left $1,300 to staff as a “welcome back” tip.

Some delivery apps have also noticed an increase in tips since the pandemic began.

“Diners are being more generous with their tips to drivers, with percent tip across Grubhub and Seamless going up nearly 15%,” a spokeswoman for the food delivery service told the BBC.

Meanwhile, Instacart said that customer tips were up 99%, and shoppers’ earnings from tips had nearly doubled, since the start of the outbreak.

A spokeswoman for grocery delivery service said that by March, 97% of all orders included a tip – and by May, this had gone up further to 99%.

The increase could partly be due to larger grocery orders – or people hoping to ensure their orders are fulfilled. But there are cases of clear altruism too, where people have given large tips to strangers without expecting anything in return.

Virtual tip jars have been set up in states throughout the US to help service staff who are out of work – with many people pledging to send a tip whenever they make themselves a drink at home.

One virtual tip site, ServiceIndustry.Tips, has over 75,000 service workers in its database. Volunteers vet applications to ensure they are from service staff, and visitors to the site are given the details of a worker, at random, that they can choose to tip.

Site administrator Jen Gregory says over 120,000 tips have been made since the website launched on 17 March.

While the site doesn’t formally track tip amounts, “I think some people are tipping very generously – I’ve heard of workers receiving a random $100 or $50 tip,” Ms Gregory, who is also a member of the Chattanooga Beverage Alliance, adds.

So what’s motivating this generosity – and can it last?

Michael Lynn, a professor of consumer behaviour and expert on tipping at Cornell University, says he is not surprised that people appear to be tipping more than normal.

“One reason people tip is to financially help the service provider and the pandemic may have increased consumers’ perceptions that service workers need financial assistance,” he says.

“Another reason people tip is to compensate people for services – and the increased risk of working during the pandemic may have increased consumers’ perceptions of what a fair tip is.”

He adds: “There’s a lot of motives behind tipping – some people tip out of a sense of duty, as a social obligation, or to get good service in the future – but the biggest motivation is to meet social expectations.”

Meanwhile, Michael Norton, a professor of behavioural economics at Harvard Business School, says that there are particular triggers that make people tip – and some could be particularly relevant in a pandemic.

“In general, seeing the person you’re tipping, and getting credit for being nice… makes people behave generously,” he says.

This may be less common right now, with most delivery services offering contactless drop off, and much tipping being done remotely.

However, there is another powerful factor that affects how people give.

“We like to feel with our giving that we’re having an impact,” Prof Norton says. While donating money to medical research is meaningful, for example, many people find it “doesn’t feel hugely impactful because the problem is so big”.

By contrast, “with small acts of generosity, you see the direct impact – you know what a waiter or waitress makes, and know if you give them a large tip, it does have an impact on their finances.”

“You can see why, at a time when people feel powerless and a bit out of control, they’d like to help in a tangible way.”

Of course, not everyone has become more generous as a result of the pandemic – some Instacart shoppers have fallen victim to “tip-baiting” – where a customer promises a high tip to increase the chance of their order being taken – and then cancels the tip after the delivery is made.

Instacart has stressed that only about 0.5% of orders had tips adjusted downwards after delivery – but shoppers have described how disheartening it feels, especially when they’ve risked their health for a job. 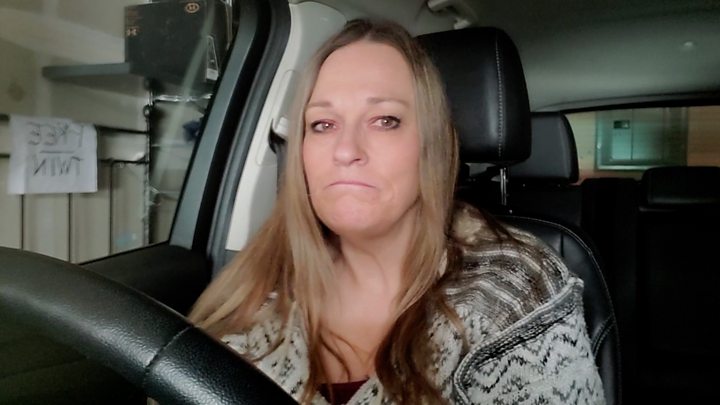 It’s also difficult to tell whether people will continue to be generous with tips over time, especially if the economy continues to decline and their own budgets are squeezed. And, there’s the risk their attention will eventually go elsewhere.

Ms Gregory from serviceindustry.tips notes that “we saw much more tipping in the beginning than we do now”.

Still, she thinks the pandemic has shone a light on the “very thin margins” that food and beverage businesses operate on, and the difficulties that many service staff face financially.

“I think this will affect how tipping happens in the US in the future – and I hope we end up with a much more equitable scenario going forward, where people can make a living wage and tips don’t comprise your main earnings.”

Meanwhile, Prof Norton argues: “There’s a cynical view of humans that we’re kind of selfish and self-interested – and of course we can be that way, but humans are also capable of extraordinary generosity.”

Even times of crisis and emergency, when you’d expect people to be the most selfish, can sometimes “prompt people to be even more generous”, he says.

It’s a phenomenon known as “generalised reciprocity”, that means people will give to others even when there isn’t an obvious direct benefit to themselves.

“Sometimes we behave in generous ways because we feel that, if we’re living in a community where people help each other, we’ll all be better off.”