Hundreds of people in Italy have joined a funeral procession for a young black man who was brutally beaten to death in a killing that has sent shockwaves through the country.

Prime Minister Giuseppe Conte and Italy’s interior minister were among those who attended the funeral for Willy Monteiro Duarte.

The 21-year-old was killed during a fight in Colleferro, a city on the outskirts of Rome, in the early hours of 6 September. 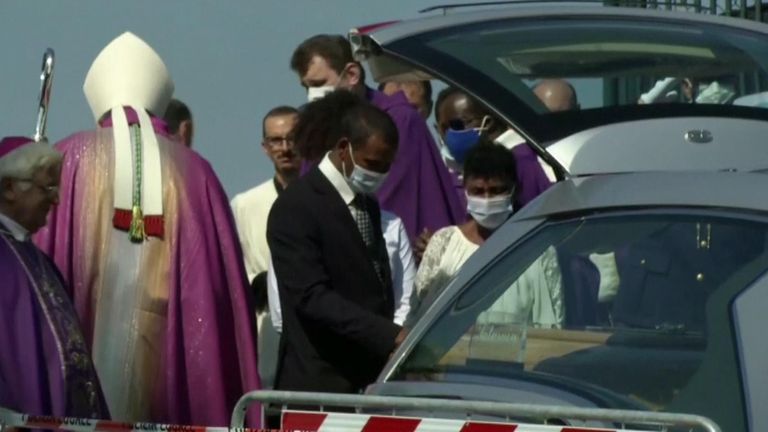 Although four Italians have so far been arrested – including a pair of brothers with police records – prosecutors have not yet indicated if the murder was racially motivated.

News reports in Italy have quoted witnesses as saying Mr Monteiro Duarte was killed after coming to the rescue of a friend who was being beaten up.

Born in Rome to parents from the African island nation of Cape Verde, he was described as hard-working and upstanding by those who knew him.

The hundreds of people at the funeral procession, most wearing white shirts and face masks, walked toward the sporting stadium where Mr Monteiro Duarte was honoured, then clapped in respect as his coffin was carried out. 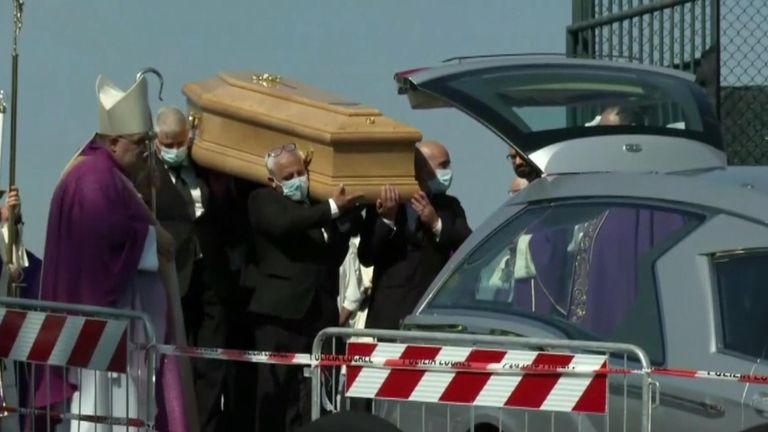 Italy’s premier is among prominent politicians to have voiced dismay over the death.

He called the family to express his condolences, before demanding justice in a statement while asking rhetorically what it means that someone could be killed in Italy for having tried to help a friend.

“Will we tell our children to turn their heads away?” he asked.

“Not to intervene to quell disputes or to try to protect weaker friends or friends in obvious difficulty?

“I don’t think this can be the answer or the way forward. Rather, we must multiply our efforts in every location and context, so that our children grow up with the culture of respect for everyone.”