BRUSSELS (Reuters) – World leaders and organisations pledged $8 billion to research, manufacture and distribute a possible vaccine and treatments for COVID-19 on Monday, but the United States refused to contribute to the global effort.

Organisers included the European Union and non-EU countries Britain, Norway and Saudi Arabia. Leaders from Japan, Canada, South Africa and dozens of other countries joined the virtual event, while China, where the virus is believed to have originated, was only represented by its ambassador to the European Union.

Governments aim to continue raising funds for several weeks or months, building on efforts by the World Bank, the Bill and Melinda Gates Foundation and wealthy individuals, and turn the page on the fractious and haphazard initial response around the world.

“In the space of just few hours we have collectively pledged 7.4 billion euros ($8.1 billion) for vaccine, diagnostics and treatment” against COVID-19, the head of the European Commission, Ursula von der Leyen, said after chairing the online event.

“This will help kick-start unprecedented global cooperation,” she added.

It was however unclear what was new funding, as commitments made earlier this year may also be included, EU officials said.

British Prime Minister Boris Johnson, who has recovered from a life-threatening battle with COVID-19, said the search for a vaccine was “the most urgent shared endeavour of our lifetime”, calling for “an impregnable shield around all our people”.

EU diplomats said the United States, which has the world’s most confirmed COVID-19 cases, was not taking part.

A senior U.S. administration official declined to say specifically why the United States was not participating.

“We support this pledging effort by the EU. It is one of many pledging efforts that are going on and the United States is at the forefront,” the official told reporters by telephone.

President Donald Trump said last month that he would halt funding to the World Health Organization, whose director general addressed the conference, over its handling of the pandemic.

“It is a pity the U.S. is not a part of it. When you are in a crisis, you manage it and you do it jointly with others,” Solberg told Reuters in an interview, pledging $1 billion to support the distribution of any vaccine developed against COVID-19, and for vaccines against other diseases.

“We’ve had several discussions with our American partners and I’m convinced the Americans will eventually commit to this dynamic because it’s the way forward for the world,” French President Emmanuel Macron said.

Many leaders stressed that any vaccine must be available to everyone. Canadian Prime Minister Justin Trudeau said it should not just be for rich countries.

“Those who invent it of course will be fairly paid, but access will be given to people across the globe by the organisation we choose,” Macron said.

EU officials said pharmaceutical companies that receive the funding will not be asked to forgo intellectual property rights on the new vaccine and treatments, but they should commit to making them available worldwide at affordable prices.

The 8-billion-dollar goal was in line with expectations but is only an initial figure. Von der Leyen has said more money will be needed over time. 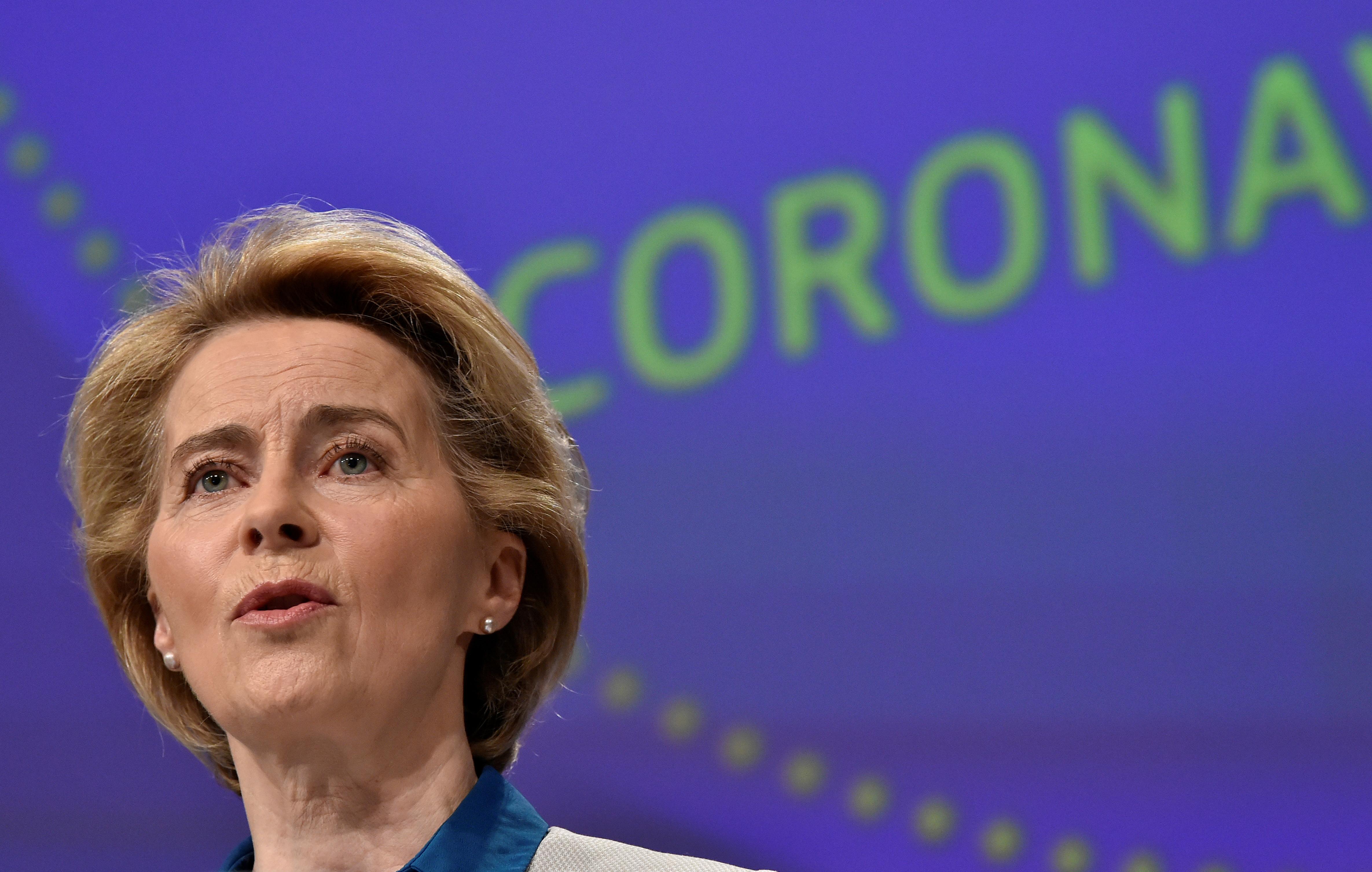 The Global Preparedness Monitoring Board, a U.N.-backed body focusing on health crises, estimates that of the $8 billion immediately needed, $3 billion will have to be spent to develop, manufacture and distribute a possible vaccine against COVID-19, the EU Commission said.

Another $2.25 billion is needed to develop treatments for COVID-19, $750 million for testing kits, and another $750 million to stockpile protective equipment, such as face masks. The remaining $1.25 billion would go to the World Health Organization to support the most vulnerable countries.

Britain will hold an online donor summit on June 4 for GAVI, the Global Alliance for Vaccines and Immunizations.