Zhang Jun, China’s UN representative, claimed the US had “created enough troubles for the world already” at the New York summit on Thursday. The assembly has seen US President Donald Trump and American ambassadors launch attacks at China for covering up the seriousness of the pandemic earlier this year. It comes after months of deteriorating relations between Washington and Beijing over the pandemic and human rights abuses, along with trade and military disputes.

Mr Zhang responded to Kelly Craft, US representative to the UN, who repeated criticism of China and claimed Beijing made the “decision to hide the origins of this virus, minimize its danger, and suppress scientific cooperation”.

Ms Craft then savaged Beijing’s actions, adding they “transformed a local epidemic into a global pandemic.”

China’s representative was outraged by the comments, and swiftly added: “I must say, enough is enough.

“You have created enough troubles for the world already.” 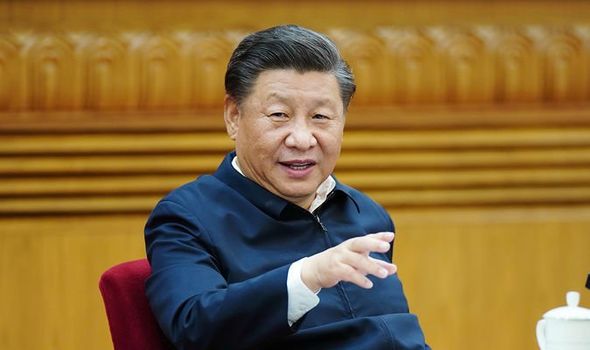 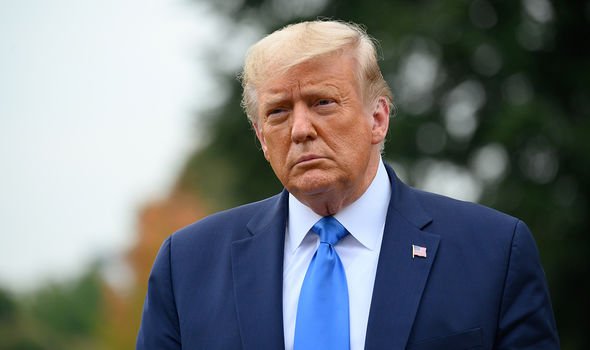 Mr Zhang went on to say the US was “so at odds with the atmosphere of the meeting”.

He added Beijing rejected Washington’s “baseless” accusations it covered up the severity of the pandemic.

The Chinese representative then pointed to the US’ spiralling coronavirus cases and deaths, and said the country only has itself to blame for its response to the pandemic.

Mr Change added: “With the most advanced medical technologies and system in the world, why has the US turned out to have the most confirmed cases and fatalities?

“If someone should be held accountable, it should be a few US politicians themselves.” 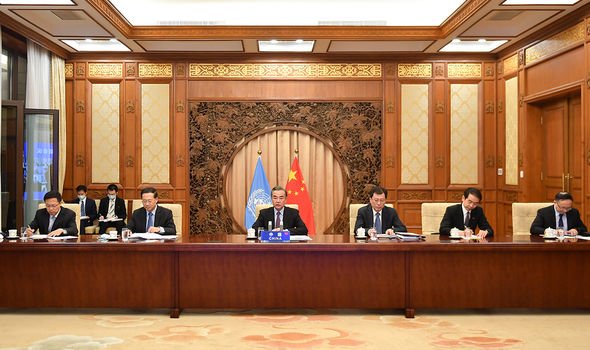 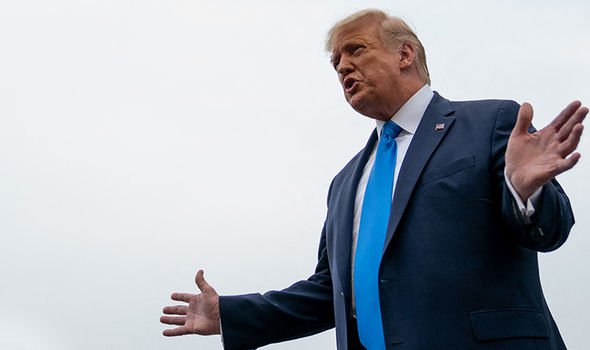 China’s snapback followed the US opening the UN General Assembly with a series of attacks on Beijing.

Mr Trump demanded action against Beijing for spreading the coronavirus “plague” around the world on Tuesday.

He added: “The Chinese government and the World Health Organisation — which is virtually controlled by China — falsely declared that there was no evidence of human-to-human transmission.

“Later, they falsely said people without symptoms would not spread the disease.

“The United Nations must hold China accountable for their actions.”

DON’T MISS
China nuclear bombers attack US base on Guam in disturbing simulation [SPOTLIGHT]
Taiwan tinderbox: China could launch missile over island if US visits [ANALYSIS]
South China Sea: Footage of simulated ‘attack’ on US base revealed [VIDEO]

The US remains the worst affected country from coronavirus, with the highest cases and deaths in the world.

Yesterday the US reported a total of 6,967,103 cases and 202,558 deaths according to Johns Hopkins University.

But world leaders have expressed scepticism over the accuracy of China’s coronavirus data. 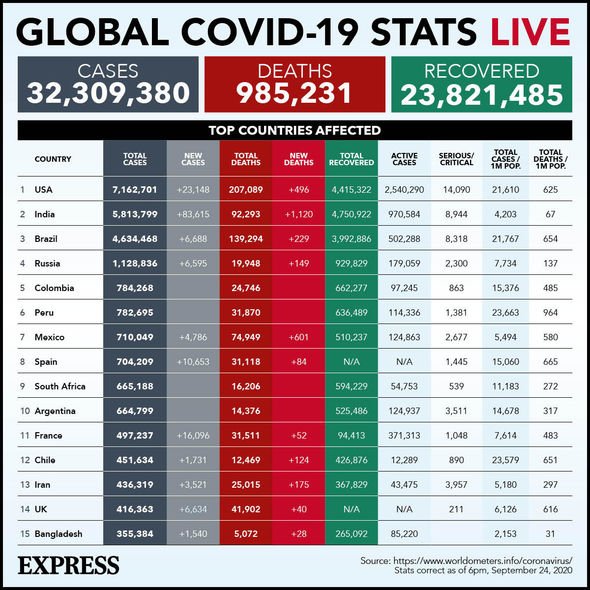 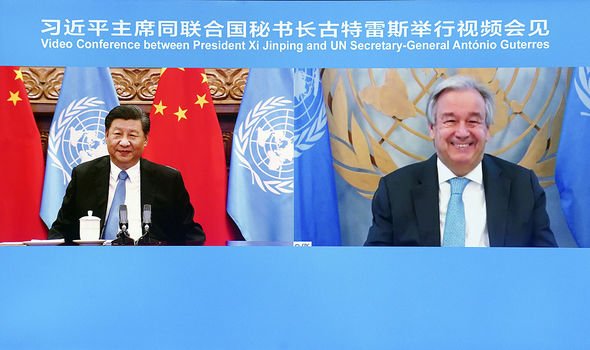 The UN face-off marks the latest war of words between the two global superpowers.

Washington has recently blocked exports from Xinjiang with sanctions over China’s treatment of Uighur Muslims.

China responded by denying Uighurs were forced into labour, and threatened sanctions in retaliation.