The news comes as tensions between the two nations have escalated amid the COVID-19 pandemic.

He said: “It looks like, with this national security law, they’re going to basically take over Hong Kong.

“And if they do … Secretary (of State Mike) Pompeo will likely be unable to certify that Hong Kong maintains a high degree of autonomy and if that happens there will be sanctions that will be imposed on Hong Kong and China.”

The statement came as the US continues to scale up its condemnation of the proposed law, with Pompeo on Friday calling Beijing’s plan to bypass Hong Kong’s legislative processes a “death knell” for the territory’s autonomy. 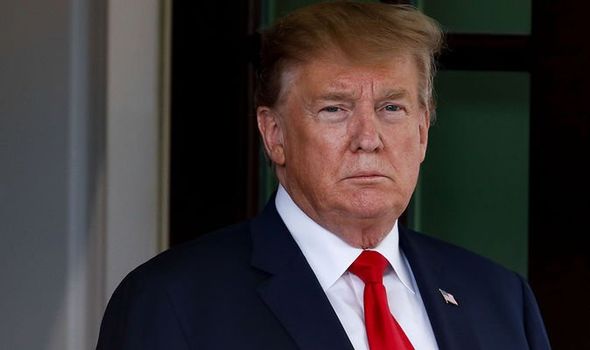 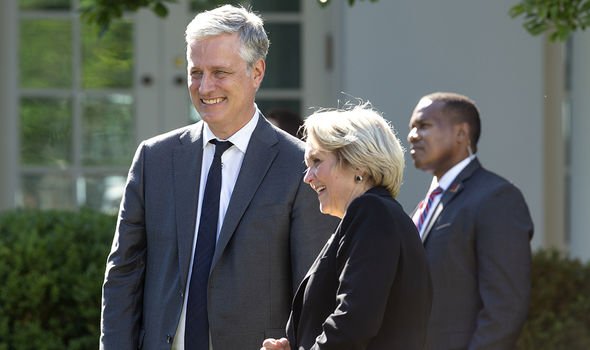 US government officials have said the legislation would end the Chinese-ruled city’s autonomy and would be bad for both Hong Kong’s and China’s economies.

They said it could jeopardise the territory’s special status in US law, which has helped it maintain its position as a global financial centre.

O’Brien also said: “It’s hard to see how Hong Kong could remain the Asian financial centre that it’s become if China takes over,” continuing by saying global corporations would have no reason to remain.

“If all those things go away, I’m not sure how the financial community can stay there.” 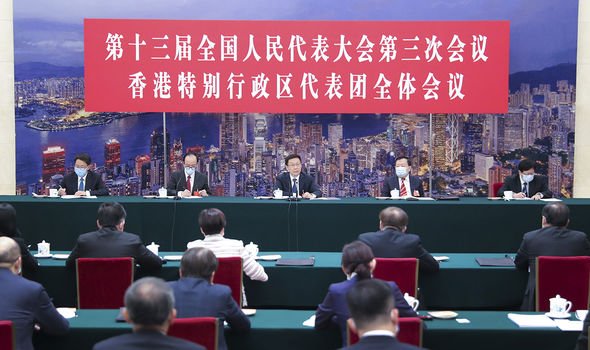 The new Chinese law was submitted on Friday on the opening day of China’s national legislative session.

It would forbid secessionist and “subversive activity”, as well as foreign interference and “terrorism” in Hong Kong, which rejoined mainland China from British rule in 1997 under a so-called “one country, two systems” agreement.

Under that agreement, which is set to expire in 2047, Hong Kong maintained some autonomy, including a separate legislature and judicial system, as well as some civil liberties for its residents.

The vice chairman of the National People’s Congress has said Hong Kong pro-democracy protests, which began in June of last year and at times descended into violence, have undermined the agreement that gives Hong Kong its special status and the new legislation would help prevent any behaviour that posed potential security threats.

Speaking at a news conference on Sunday, Chinese Foreign Minister Wang Yi, in a response to growing international condemnation of the move, said Hong Kong affairs were an internal matter for China, and “no external interference will be tolerated”.

On Sunday, Wang accused “some political forces in the US’ of “taking China-US relations hostage and pushing our two countries to the brink of a new Cold War”.

He also said: “China has always advocated that, as the world’s largest developing country and the largest developed country, both of us bear a major responsibility for world peace and development.

“China and the United States stand to gain from cooperation, and lose from confrontation.” 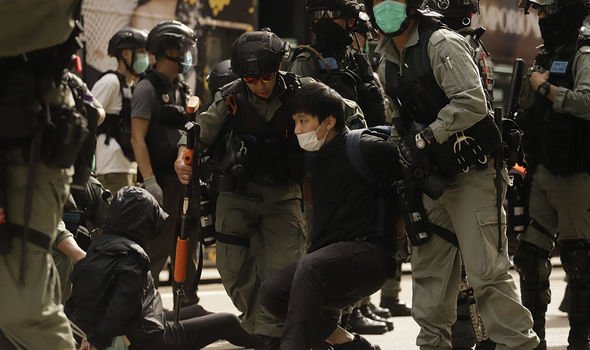 The escalation of tensions intertwines with US officials’ condemnation of China’s handling of the coronavirus pandemic, which first appeared in the city of Wuhan in December of last year.

Wang added that US officials should focus on the outbreak in the US, which has become the hardest-hit country in the world.

He said: “Regretfully, in addition to the raging coronavirus, a political virus is also spreading in the United States.

“This political virus is using every opportunity to attack and smear China.