TIJUANA/CIUDAD JUAREZ, Mexico (Reuters) – The world’s busiest land border has fallen quiet as restrictions to contain the coronavirus prevent millions of Mexicans from making daily trips north, including many who work in U.S. businesses.

At least 4 million Mexicans residing in cities along the 1,954-mile (3,144-km) border have been hit hard by the restrictions on non-essential travel. The measures effectively invalidate visas allowing short crossings into U.S. cities to visit family, get medical care or shop.

While such B1/B2 “border crossing cards” are officially recreational, Reuters spoke to nearly two dozen residents of Tijuana, Nogales and Ciudad Juarez who use their cards to reach jobs or to care for relatives on the U.S. side of the frontier.

All said they could no longer make the crossing, dealing another blow to businesses already suffering from shutdowns on the U.S. side of the border, including vital industries like agriculture.

“I don’t know what I’m going to do without money. I’m just waiting for a miracle,” said 28-year-old Rosario Cruz, a mother of two young children who works for a cleaning company that subcontracts with major retailers in California.

The coronavirus restrictions prohibit all non-essential travel across the border. However, the restrictions have not been widely imposed on U.S. citizens traveling to Mexico.

The U.S. Immigration and Customs Enforcement agency said it did not have an estimate of how many Mexican tourism-related visa holders work without permission in the United States. But U.S. and Mexican immigration experts say the practice is common.

According to the U.S. State Department Report of the Visa Office more than 4 million border cards have been issued since 2015. The cards are valid for 10 years.

Before the coronavirus restrictions, over 950,000 people entered the United States from Mexico on foot or in cars on a typical day, according to 2019 U.S. Customs and Border Protection (CBP) agency data.

Andrew Selee, president of the Washington-based Migration Policy Institute, said limiting transport to contain the epidemic was understandable, but in cities such as San Diego or El Paso “businesses that really should be open in the middle of a crisis might find that they don’t have employees.” 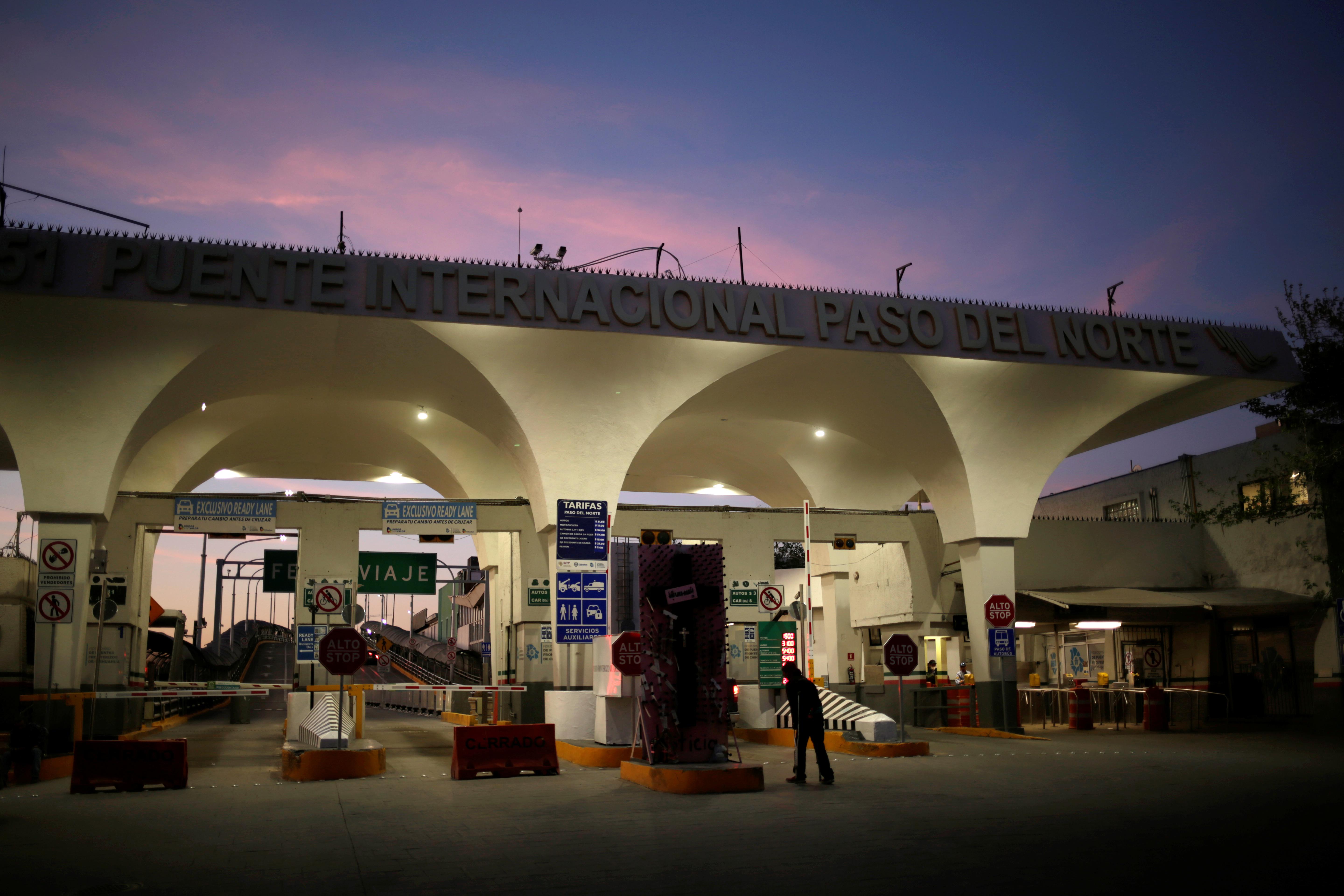 Once teaming border crossings used by pedestrians and cars have emptied because of the measures, and people’s fear of catching the virus. In U.S. border cities like El Paso and San Diego, the impact is already being felt.

Cindy Ramos-Davidson, chief executive of the El Paso Hispanic Chamber of Commerce, said the lack of Mexican shoppers was “devastating” for retail businesses downtown. She was also concerned about day labor for nearby farms that grow chiles, tomatoes, hay, and alfalfa.

“They depend on farm workers, the day workers,” she said, adding that some of these employees use tourism-related visas to enter the United States.

Farm workers are designated “essential” travelers under the new DHS rules, but only those with the right paperwork. Workers usually able to cross using border cards are now stuck on the Mexican side.

The U.S. Department of Homeland Security said the measures would not “disrupt critical supply chains.” CBP said in a statement cargo trucking continued and was not seen as a threat.

So far, Paola Avila, vice president of international business affairs at the San Diego Regional Chamber of Commerce, said so-called retail tourism, the second biggest contributor to the city’s economy, had taken the biggest hit from the border closure there.

A manager at a San Diego hotel, who refused to share his name because the company employs Mexicans without legal U.S. work permits, said the measures decimated the establishment’s workforce.

“The impact was so great that we decided to close; the legal workers wouldn’t have been able to cope,” on their own, he said.

Avila is also worried about the effect on U.S. residents cared for by relatives who cross from Mexico, and vice-versa — especially in the midst of a public health crisis.

“If the hospitals overflow, as we predict, and they start sending people to be cared for at home, who will care for them?” she asked.

That’s the fear that has already consumed 45-year-old Joel Sosa Moreno, whose elderly parents live in El Paso. He usually visits three times a week to clean house and bring food and medicine for diabetes and his mother’s cancer. 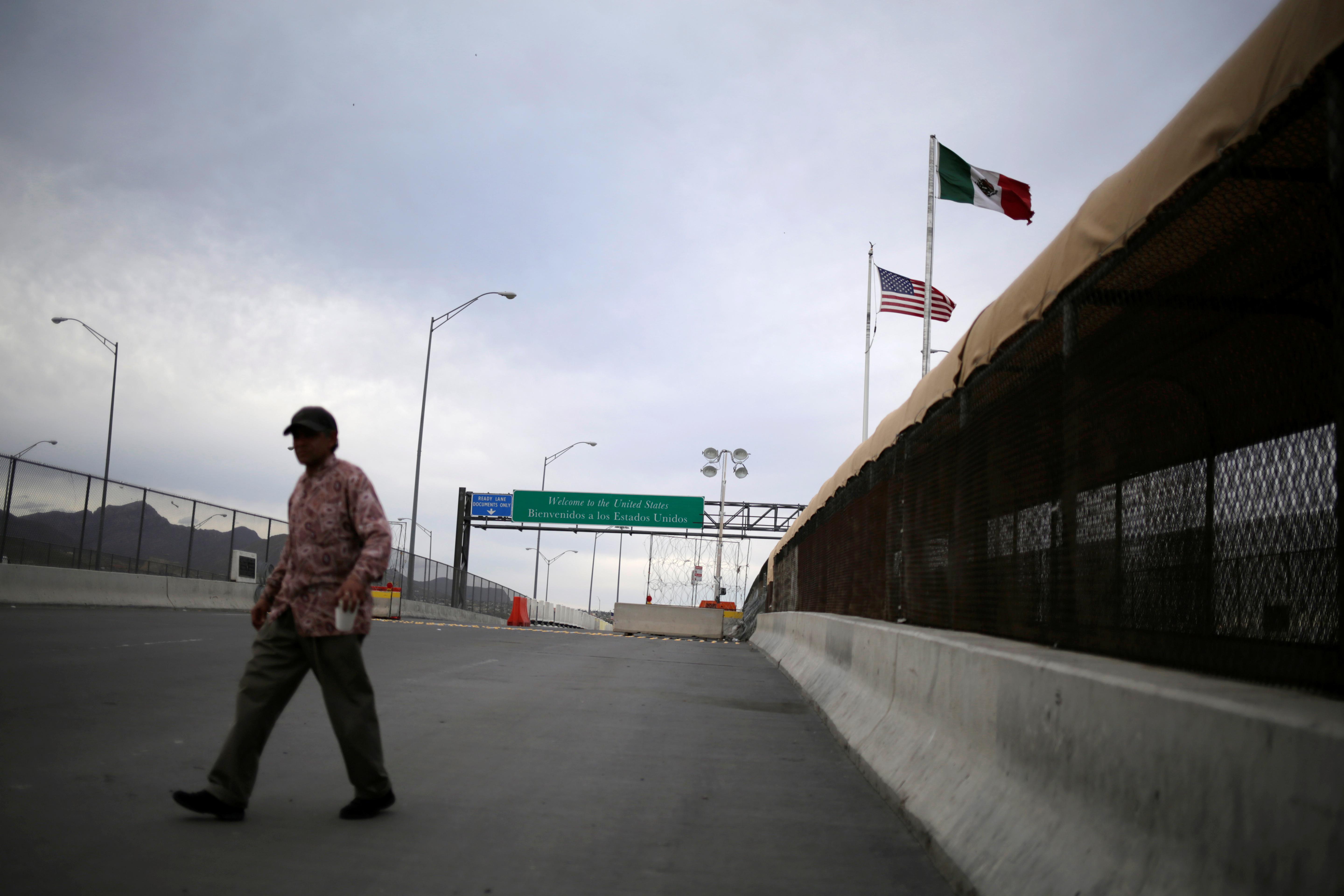 Under the new restrictions, he has been prohibited from crossing at the port of entry.

Asked about such humanitarian cases, a Customs and Border Protection official told Reuters officers had discretion to handle such situations on a case-by-case basis.

“It’s essential that I go there,” Sosa Moreno said, fearful for his parents. “They can’t go out into the street at all because they are more sensitive” to coronavirus.