The outgoing chancellor’s once iron grip on power is clearly loosening after Armin Laschet was chosen to lead the Christian Democrats (CDU) party at this year’s general election. Mrs Merkel, who has led Germany since 2005, is stepping down from her role in September – allowing another leader to fight to become German chancellor.

The 66-year-old stateswoman had wanted the more popular Markus Söder, the Bavarian regional leader, to lead the CDU.

But her wishes were ignored, triggering a wave of desertions from the EU country’s leading party.

A party insider said: ”The weather is ugly. I’ve never seen anything like it before.

“Not in the refugee crisis or in the euro crisis.” 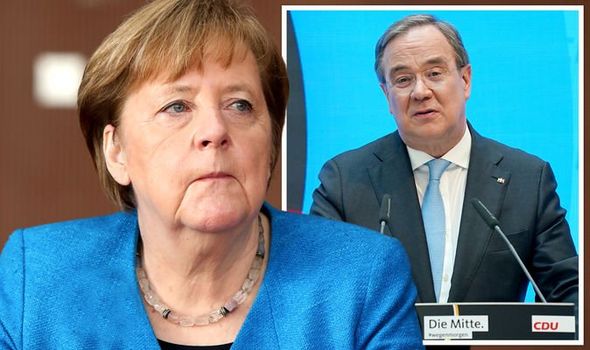 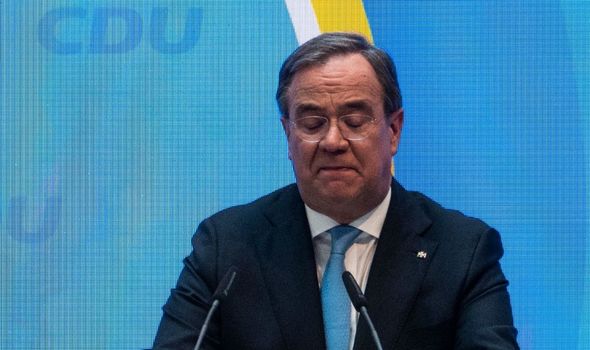 A poll of CDU supporters this week found that an overwhelming 77 percent think the party has chosen the wrong candidate.

Spiegel magazine wrote this week: “Never has a candidate entered a general election for the CDU so torn and dishevelled.

One former supporter wrote to his MP in a letter shared to German newspaper Bild: “In the next few days I will end my membership in the CDU with a heavy heart after more than 20 years.”

“I’ve been a loyal CDU voter for 31 years. With yesterday’s nomination of Mr Laschet as candidate for chancellor, this is unfortunately history,” wrote another. 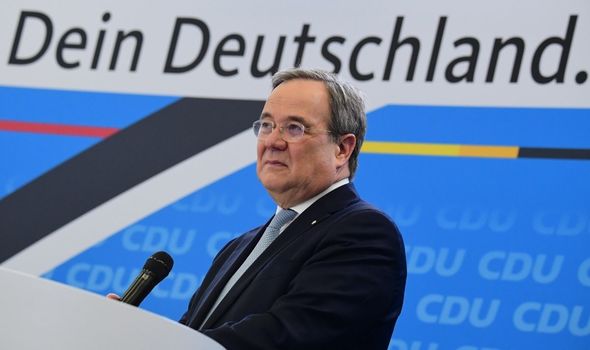 The disharmony over Mr Laschet’s appointment is not ideological.

Even opponents admit he comes across as a “nice” man.

But they insist this is taken for weakness by many voters – who are unlikely to back a man they believe is “indecisive”.

Mr Söder, on the other hand, is seen as far more assertive by Germany’s electorate. 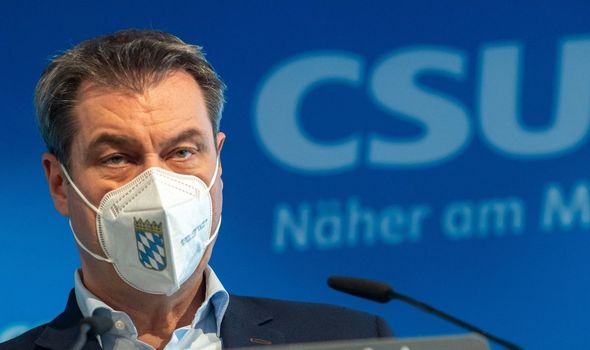 Mindful of this, Mrs Merkel probably backed him – believing that his credentials and public image could win the election by staving off challenges from the opposition parties – including Germany’s growing far-right movement.

Despite stepping back from front-line politics, Mrs Merkel has been attacked over the mess.

Long-term political rival Friedrich Merz has said that she is ultimately to blame for the chaos which is engulfing her CDU party and Germany as a whole.

Referring to Mrs Merkel’s own admission in 2018 that she was taking a “risk” in giving up the CDU chairmanship while carrying on as chairman, Mr Merz said: “The risk has grown big.” 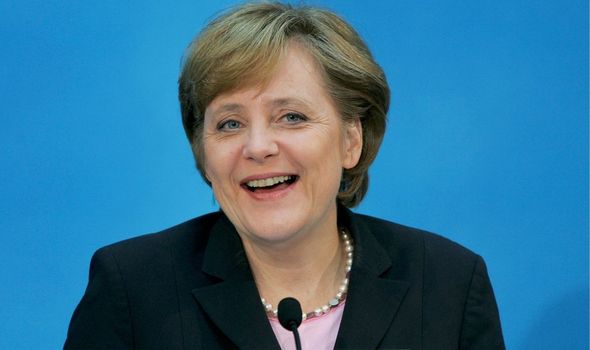 He explained: “After three big chancellorships, Adenauer, Kohl and Merkel, the CDU has not managed to properly organise the succession in the respective party chairmanships.”