WUHAN, China (Reuters) – Residents in Wuhan braved pouring rain in queues of more than an hour to take part in a government-led exercise to test the city’s 11 million people for the novel coronavirus, a scale health experts describe as unprecedented. 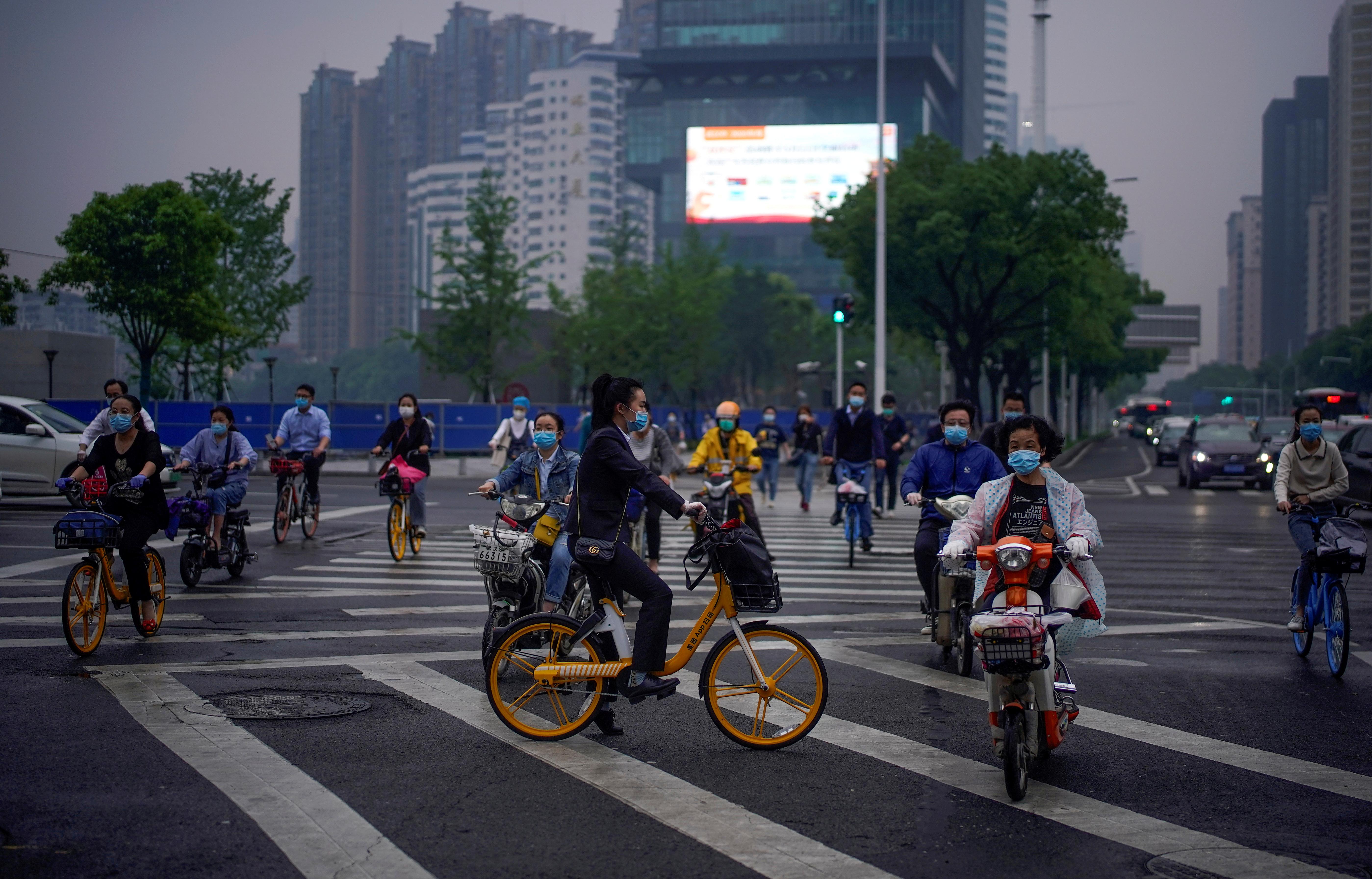 Authorities in the central Chinese city, where the global pandemic began last year and whose cases account for more than 80% of the country’s total, started the campaign this week after a cluster of new cases raised fears of a second wave of infections.

While Wuhan lifted its 76-day lockdown last month, concerns persist over how many asymptomatic cases – people who show no symptoms but are capable of spreading the virus – there may be.

In Wuhan’s Qiaokou district, at the Zirun Mingyuan apartment community where about 10,000 people live, men, women and children stood under umbrellas while elderly residents perched on stools as they waited to get tested at four sites set up in the middle of the compound.

Many said they were notified by text by the compound’s residential committee on Tuesday that they could get tested in batches and were under the impression it was voluntary and free of charge.

Authorities say they aim to test all 11 million residents, though the priority are people from 12 categories, such as school, medical, transport, supermarket and government workers and people returning from overseas or leaving Wuhan for work.

“Even though there weren’t any new cases in a while it seems Wuhan continues to have asymptomatic patients. Everyday there’s a few,” said Zhu Fangmin, 43, who stood in a queue of more than 60 people.

“It’s very likely these people could be around us so this wide-scale examination will put people’s mind at ease,” she said.

One test site was made up of two tables. At the first, a volunteer took down identification details. The other was staffed by two nurses dressed in face shields, gloves and hazmat suits, one of whom took throat swabs from residents.

Some people expressed concern that they could catch the virus through the testing exercise, by standing in the queues. “I heard that the nurses aren’t switching their gloves,” said one woman who gave her surname as Chen.

Health News, a newspaper affiliated to China’s National Health Commission, said on Tuesday while the exercise would likely cost Wuhan more than 1 billion yuan, it would help find possible sources of infection and provide reassurance for work resumption purposes and to other provinces receiving travellers from Wuhan.

Wuhan now had a daily testing capacity of 100,000 and 63 agencies that could process nucleic acid tests, the newspaper said. But if it wanted to hit its target of testing all residents in 10 days, it would need to test 730,000 people a day, it said.

Reuters, citing an internal document to district officials, reported on Monday that the city planned to conduct the campaign over 10 days. A government official said on Wednesday city districts could conduct tests at their own pace for now as the city health authority had yet to issue a notice about officially starting the tests.

“I’m not aware of anything at this scale ever being performed in previous pandemics. It demonstrates the level of concern about the cluster of new infections,” said Lawrence Young, Professor of Molecular Oncology at the University of Warwick.

“This approach will be interesting in identifying the degree of infection in asymptomatic individuals and how such individuals are responsible for spreading virus infection,” he said.

Others said testing on such a large scale posed its own challenge. “You need to make sure not one single sample is mistaken with another,” said Dr. Chen Guangjie, an immunology professor at Shanghai Jiaotong University. 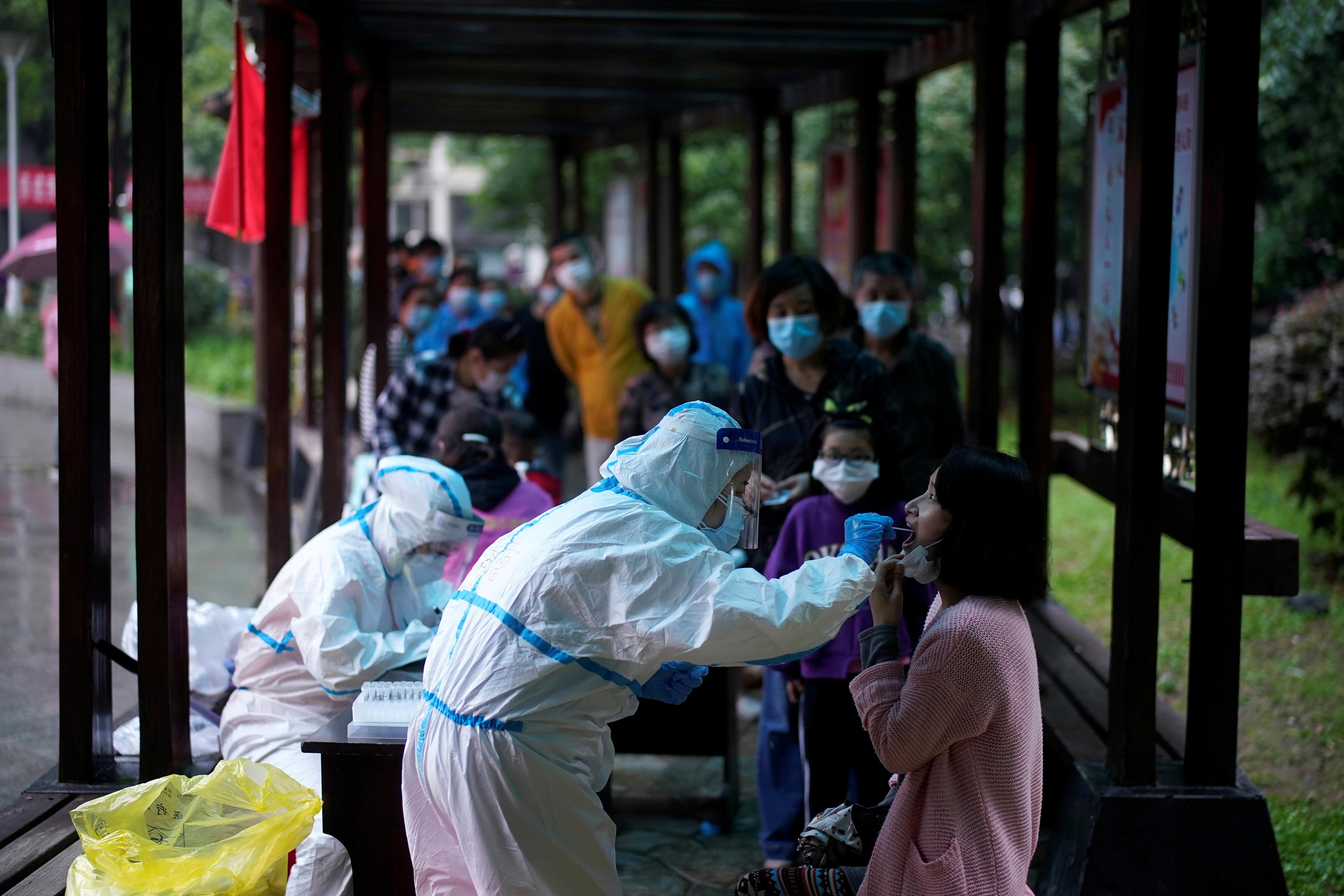 While a shortage of testing kits was blamed for slowing China’s response to the outbreak in the early days, by March tests were relatively easy to obtain at Wuhan’s hospitals and clinics and residents were told they could get their results by a mobile app.

Since Wuhan’s lockdown was lifted on April 8, the city has conducted an average of 47,422 tests a day and more than 1.66 million tests in total, according to Reuters calculations based on health authority reports.

Wuhan tested 67,026 people on May 13, government data showed, the second highest level since it started publishing data on Feb. 21.