Armenia claims to show an Azerbaijani tank being destroyed

Nagorno-Karabakh is a disputed territory in the South Caucasus and is internationally recognised as part of Azerbaijan. In September, conflict in the area resumed along the Line of Actual Control between Azerbaijan and Armenian forces.

On Saturday, Armenian officials and Azerbaijan accused each other of breaching a peace deal that ended six weeks of fierce clashes over the disputed area.

According to Asia Times, Azerbaijani forces took out 241 Armenian main battle tanks, 50 BMD infantry fighting vehicles along with several other military weapons and vehicles during the Nagorno-Karabakh conflict.

The media platform said the most surprising result of the conflict was the destruction of Armenian air defences. 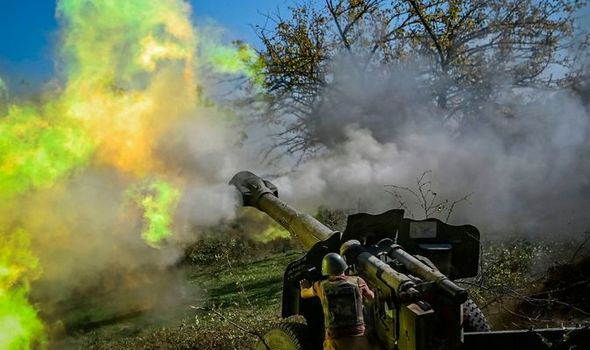 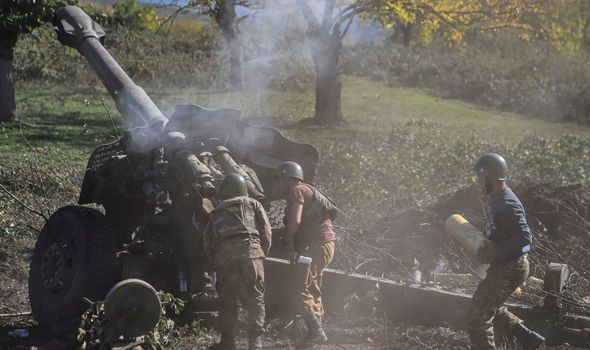 This resulted in nearly all of Armenia’s air defence systems being obliterated leaving them with only hand-held air defences.

Russian peacekeepers deployed to the area said a violation of the ceasefire in the Gadrut region took place on Friday. 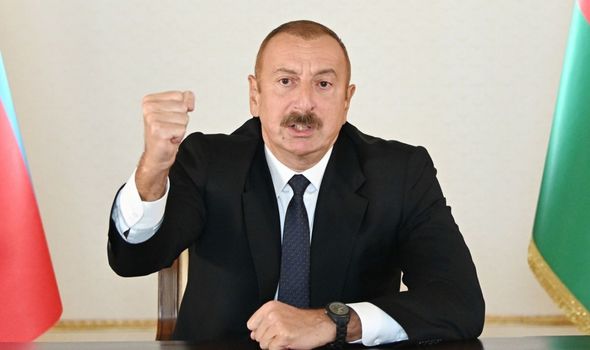 The Russian defence ministry’s report on the incident was released on Saturday but did not lay blame on a particular side.

The Armenian defence ministry also said the Azerbaijani army had launched an attack on Saturday.

Ilham Aliyev, Azerbaijan’s president, blamed Armenia for the new clashes and reacted by threatening to “break its head with an iron first”.

During a meeting with diplomats from the US and France, Mr Aliyev added: “Armenia shouldn’t try to start it all over again. 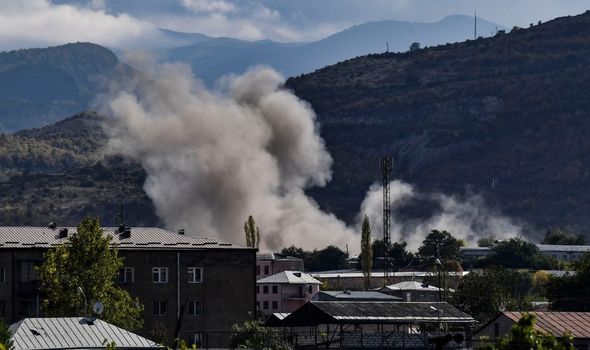 “It must be very cautious and not plan any military action.

“This time, we will fully destroy them. It mustn’t be a secret to anyone.”

In a statement, Azerbaijan’s defence ministry said that its forces foiled Armenia’s “provocations” and restored the ceasefire.

Nagorno-Karabakh had been under the control of ethnic Armenian forces backed by Armenia since the war ended in 1994.

During the conflict in September which left more than 5,600 people dead from both sides, Azerbaijani forces pushed into Nagorno-Karabakh which forced Armenia to accept a peace deal. 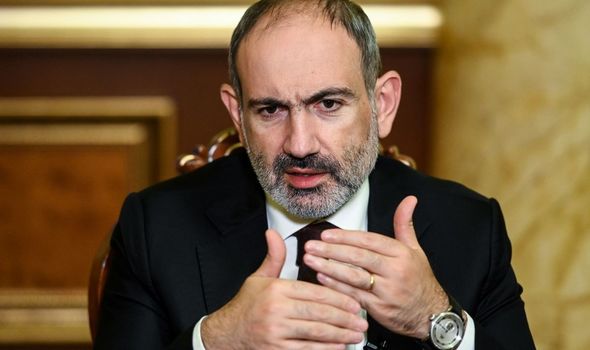 On Thursday, Azerbaijan marked its victory with a military parade attended by the Turkish president.

The event involved more than 3,000 troops, dozens of military vehicles and combat aircrafts.

The peace deal triggered protests in Armenia calling for the resignation of the country’s prime minister Nikol Pashinyan.