The United Nations has warned people in Yemen are particularly vulnerable to coronavirus. 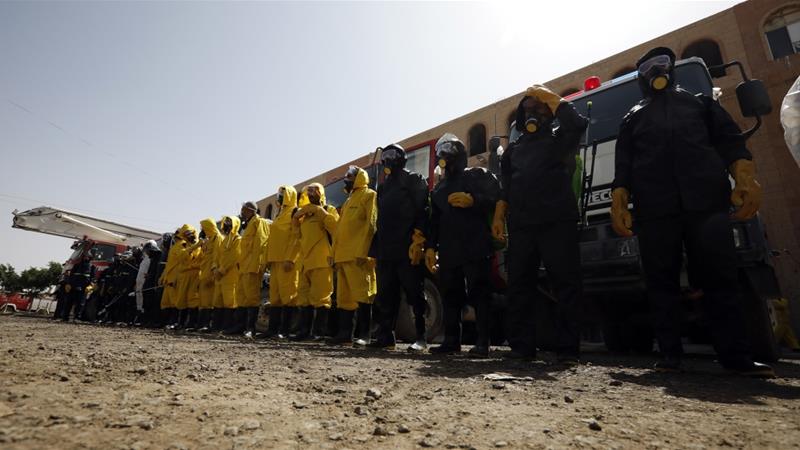 Yemen has reported its first two deaths from the novel coronavirus, its health minister told Yemen TV late on Wednesday.

The United Nations has said it fears the disease could be spreading undetected in a country where millions face famine and lack medical care.

Yemen’s war between Houthi rebels and pro-government troops escalated in March 2015, when a Saudi-UAE-led military coalition intervened against the rebels who still control large parts of the country including the capital.

The separatist Southern Transitional Council (STC) on Sunday declared emergency rule in the south, in a move that threatens to renew conflict with the government.

The new cases were reported in the southern port city of Aden and prompted the authorities to impose a three-day, 24-hour curfew.

Previously, Yemen had detected only a single case.

International health officials have long warned that Yemen’s population could be extremely vulnerable to an outbreak, which would be difficult to detect in a country where health infrastructure has been damaged by years of war.

On Tuesday, the United Nations said there was a “very real probability” the virus was circulating within communities.

More than 3.5 million internally displaced people, returnees, refugees and asylum seekers are now reliant on regular humanitarian aid to survive, according to the UN.

Approximately 80 percent of Yemen’s population, or 24 million people, rely on aid, and 10 million are facing famine.