His military commanders are now consolidating the defences of liberated territories in the eastern part of the country as its enemy invader regroups. And in his daily address, Mr Zelensky gave an upbeat assessment of his campaign’s progress. 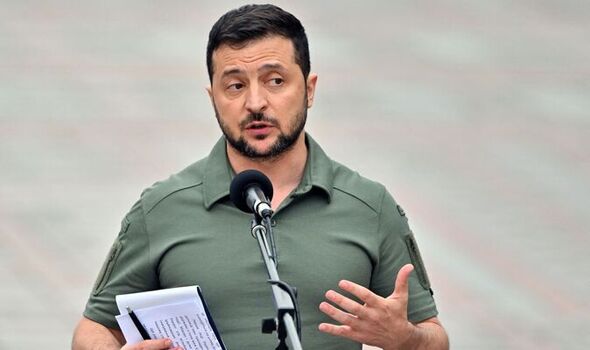 As the exhumation continues of a mass grave discovered after Russian forces retreated from the northern city of Izyum, the President vowed to maintain pressure on Moscow, warning there would be no let-up in fighting to regain territory.

“Perhaps it seems to someone now after a series of victories we have a certain lull. But this is not a lull,” he said. “This is preparation for the next sequence …because Ukraine must be free – the whole of it.”

After liberating Kharkiv and Balakliya, his troops have advanced to the eastern bank of the Oskil River in another important milestone in Ukraine’s counter-offensive, threatening Putin’s forces in the Donbas.

According to the Ukrainian Armed Forces, they now control the eastern bank of the river. And Serhiy Gaidai, governor of Luhansk region, said troops were not far from retaking his territory.

But despite the mass and ongoing retreat, Russian forces continue to shell targets across Ukraine, bombarding towns and villages across the front lines.